Nissan has set itself some pretty big goals for the next few years. Namely, besides the expansion of the company itself it also aims to up the sales of Infiniti in the U.S. and China but perhaps, more importantly, bring Infiniti to Europe and similar regions.

A task easier said than done. The luxury compact crossover segment is one of the busiest and more importantly most competitive markets in the car world. There are great entries from multiple companies and of course the originals, the ones who define the segment, vehicles like the BMW X1 and Mercedes GLA250. 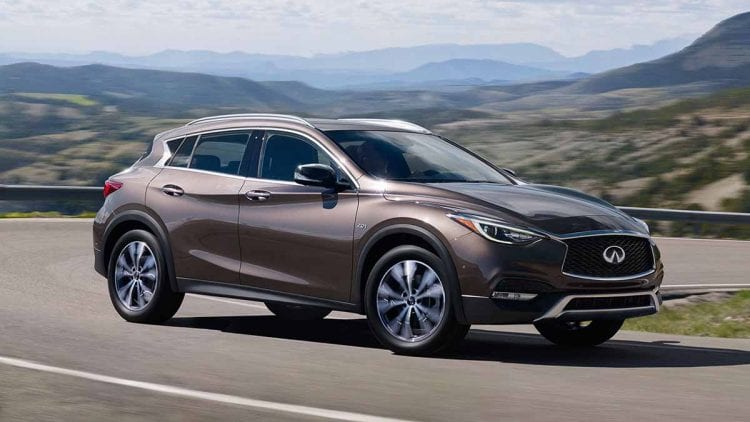 Since the QX30 is going to be sold worldwide, it obviously has to meet a lot of criteria for a lot of different markets. European markets love this sort of a vehicle; they just eat it up. Americans, however, not so much. See, although it is a luxury SUV it’s more of a hatchback in that segment, something that the U.S. market is not particularly fond of.

It lacks something its competitors have. Trunk, you know, a place where you store your cargo, with this crossover you will be getting a lower amount of space than what others are bringing. This isn’t a deal breaker but still, if you want the top product, which can take highest positions on the market you need to offer more than other. 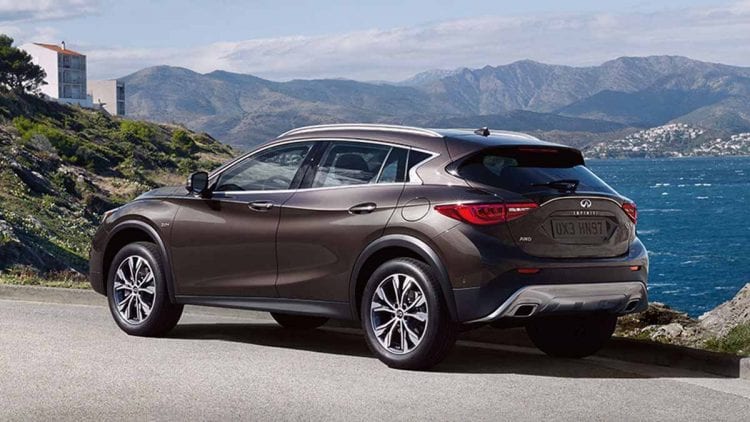 The 2017 Infiniti QX30 does manage to pull through and regain some ground in the styling department, however. It’s got an aggressive front which almost looks like it’s been inspired by a shark. The line continues from the lights to the fenders which widen and swell around the wheel wells where you find proportionally large wheels feeling up the wheel wells.

The roofline seems to be pretty low relative to the other proportions of the car, but the impression is that of a sleek vehicle. No doubt that the steeply sloped back window adds to this. It may be classified as a hatchback, but it certainly doesn’t look like one.

The nose is long; there’s a truncated tail segment with a reverse crescent C-pillar and large alloy wheels. If you go for a darker color from the available pallet, you will complete the look the blacked out wheels are trying to go for which is to make the car appear less upright. 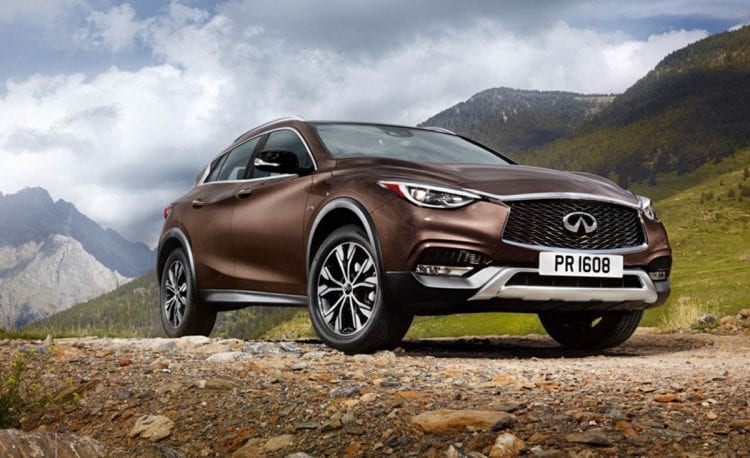 There are nicely incorporated accent lines built into the doors which follow the entire side of the car. It gives the car just that extra dimension, and it looks complicated and different, which is good.

You can like or dislike it, but one thing you can never say is that it looks boring or dull. It’s interesting in every regard at the very least and from most reviewers we could hear positive feedback. Head-turning value is off the charts whether it is going to be for good or bad.

Let’s get one thing straight first. The 2017 Infiniti QX30 shares a platform with the Mercedes CLA250. Since it will be sold in different markets, it only makes sense that it would be available with multiple engine choices for various models but the U.S. version only gets a 2.0-liter turbocharged four-cylinder.

It develops 208 hp and 258 lb-ft of torque which is a respectable number. The engine is mated to a dual-clutch transmission or DCT for short. Front-wheel drive is standard although there is an S model which brings all-wheel drive to the table as well as more ride height and semi-decent off-roading capabilities. 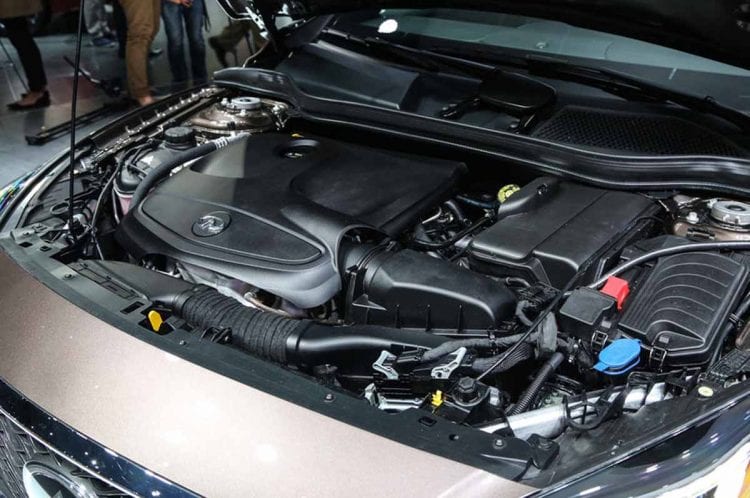 The sprint from 0 to 60 miles per hour should be completed in around 7 seconds making it just below average for the type of vehicle it is and the engine it has under the hood. It may not sound like a lot, but this is another one of those vehicles where it’s more than a sum of its parts.

Sure some cars in the segment may have more power, but none of them feel like the 2017 Infiniti QX30 does. It doesn’t have any issues when pulling whether it is from a dig or a rolling one, and the DCT transmission is a joy to work with and row the gears through.

Another big positive for the 2017 Infiniti QX30 is the steering wheel it’s equipped with. It supposedly maintains consistent feel no matter what speed you’re going, unifying the driving experience and making it predictable. 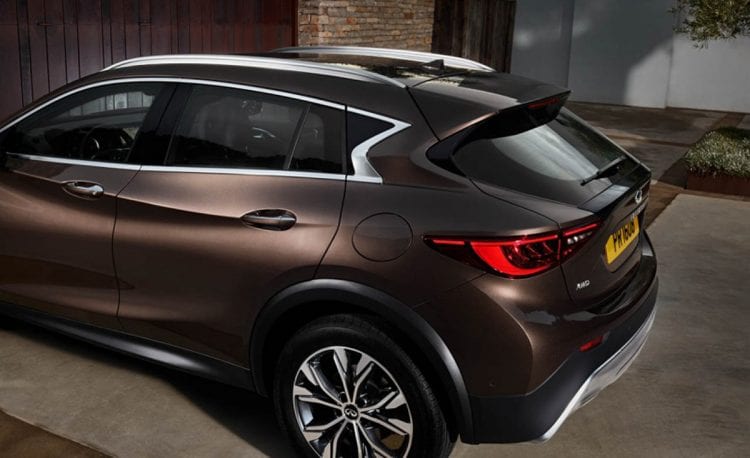 Lots of times cars will be fitted with an artificial-like steering system where the steering wheel will weight up during higher speeds but be as crisp to turn as a sponge when going slow, giving you nothing to work with really since you don’t know what to expect. Not so with this Infiniti however.

Road compliance is at an all-time high level, and the damping was near on perfect. It won’t encourage you to attack corners at maximum speed and angle, but it doesn’t mind a bit of cornering fun. The standard 18-inch wheels we feel are better than the Sport’s 19-inch ones because they’re that much more compliant but to each their own. The cabin is well insulated from the elements and outside noises, so wind and road noise have been kept at a good minimum.

The cabin is a great place to be in. First of all, you’ve got great head and legroom space in the front, although, don’t expect great visibility. It has sacrificed some outward visibility for all of that stylishness especially with the small glass surfaces but it isn’t that bad to put you off of buying it. Second-row seats continue the same trend offering, even more, room. In fact, the rear seats of the2017 Infiniti QX30 are some of the roomiest and most comfortable in the segment. 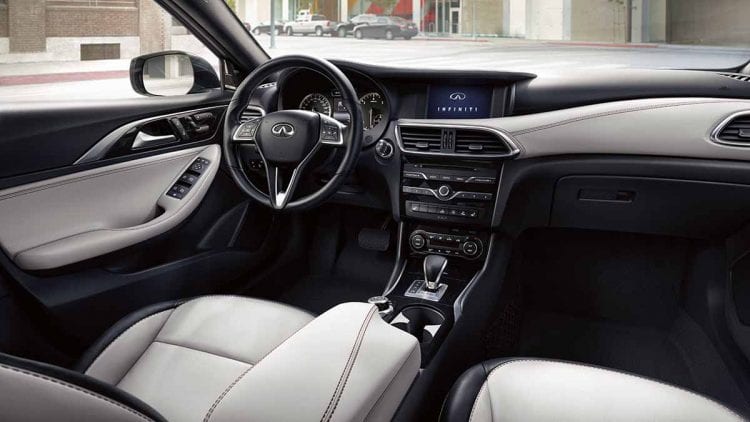 The materials used are typical Infiniti, which is to say great. No cheap plastics here. Instead, you find an array of materials covered and made out of Alcantara, leather and the few bits that are of plastic are high-quality plastic that feels like it will outlast everything else on the car. 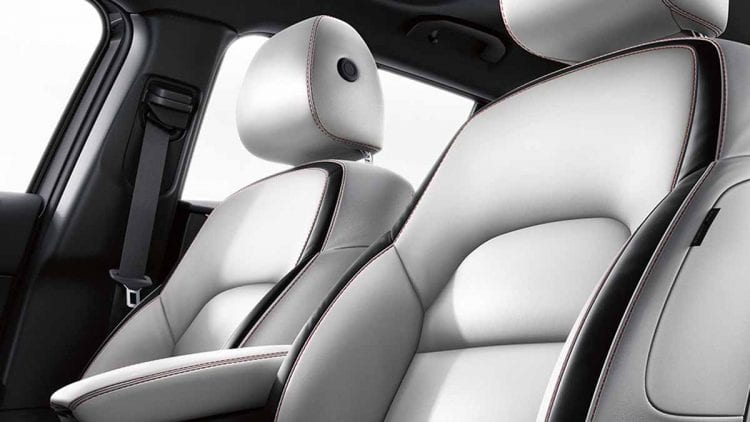 Cargo space isn’t great, and we still do not have exact numbers. With available images and conversations, we can conclude it will be okay but nothing special. Still the rear seats are foldable with a 60/40-split, so you can put them down and load any bigger object you might have had a problem with in your typical hatchback or sedan due to height limitations.

It’s a great vehicle and an incredible alternative to the hatchback for people who prefer more luxury as well as more space. Not to mention it’s decently fast and lively. Prices should start somewhere around the $30,000 mark so keep an eye out. It’s expected to be launched in the middle of 2016 making it a big summer hit if everything goes according to Infiniti’s plan.