The previous model of the Sonata with its bold styling and rather a curvaceous body sold quite well on the US market. However, in Korea, the car failed and because of that, it was replaced back in 2014 with the current generation. This one is a lot more conservative in design, inside and out, and it misses some of the features of the older model. Because of that, the car is no longer a great seller in the US, and that’s a shame. In order to change things and improve its position, it seems that the upcoming 2017 Hyundai Sonata might feature a lot of interesting changes. For starters, the 2017 model has been rumored to be released in two different versions. The International model will be a small visual update while the US version of the car should come with drastic changes. This also means that these two vehicles might look quite different, but we will have to a little bit longer and see what car maker will bring.

The US version is the one that is more interesting to us because it will likely make or break Hyundai model in this segment on the US market. The chassis, wheelbase and pretty much all the running gear are going to be the same as before. However, rumors do suggest in the direction of delivering small changes under the hood besides all the massive design differences.

The release date is unknown at this point, but we hope Hyundai will be able to have a car out on the market by the end of 2017 so it would be able to compete with all of those rivals. The price of around $21,300 for a base version is likely not going to change which is great and allows it to be one of the cheapest options with a great number of features. 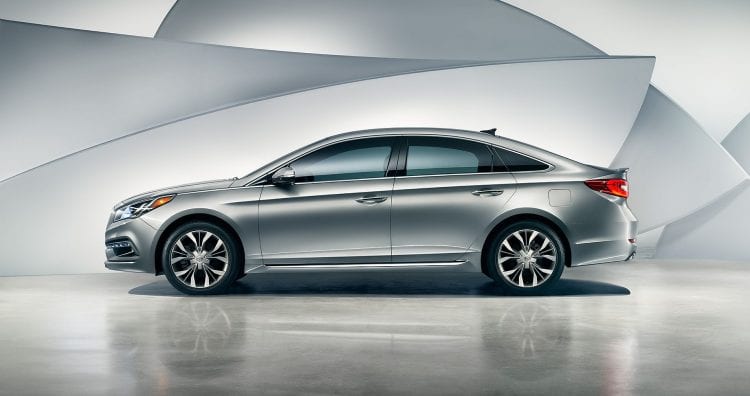 With the future 2017 Hyundai Sonata, we are going to see some shifts in the available trim levels. For starters, many people said that the plug-in hybrid model would be completely discontinued. This is because Hyundai is planning a standalone model based on the Sonata.

The base models of the car should still come with the old 2.4-liter naturally aspirated engine which has been around for some time now. The top end model will also stick with its 2.0-liter turbocharged inline four mill. This time around it should make closer to 260 horsepower and 260 lb-ft of torque. Both of these will come mated to the same six-speed automatic as before, and both of them will send power to front wheels.

Like before, two special models will be offered for those looking for great fuel efficiency. The base one will get the 1.6-liter turbo with its 178 horsepower and seven speed dual-clutch automatic. The hybrid, on the other hand, should get a small boost to around 200 horsepower without affecting its fuel efficiency. The 2.4-liter unit is capable of returning 25/38 mpg while the most powerful 2.0-liter turbo offers 23/32 mpg. A better option in this segment is the ECO model with a smaller turbocharged unit that offers 28/38 mpg and if you decide to go for the hybrid expect to see 40/44 mpg. 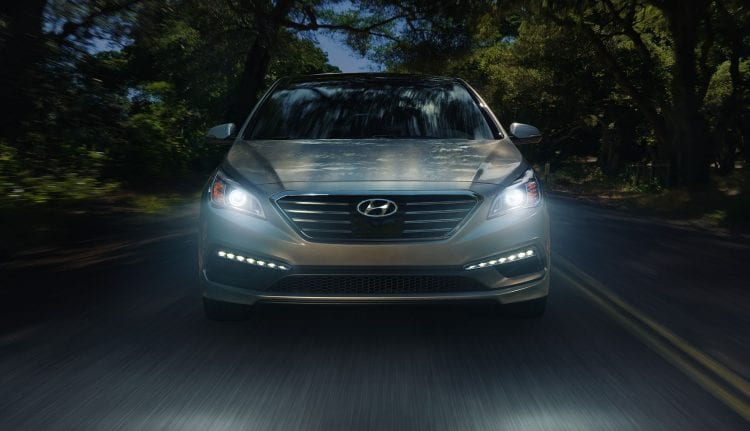 Let’s now move our attention to the most interesting aspects about the upcoming 2017 Hyundai Sonata, its design. While not official just yet, there are numerous sources saying that the car will go through a major makeover.

Unfortunately, though, at this point, we don’t have a reference design to base our judgment, but it seems that the future Sonata might be a trend setter for the US models of the company. Like it did back in 2010, the car is expected to receive a very interesting design scheme which will set it apart from all of its competitors. 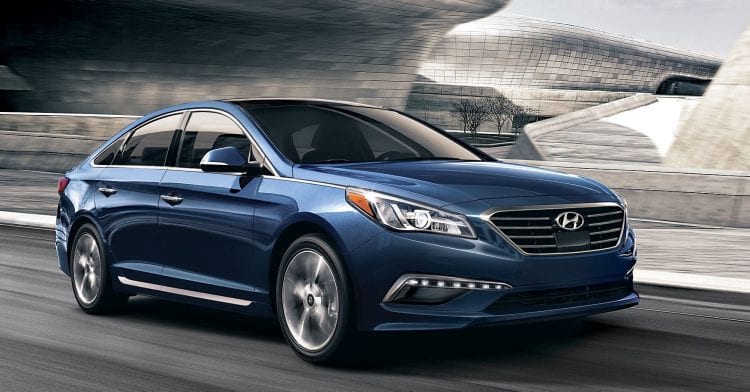 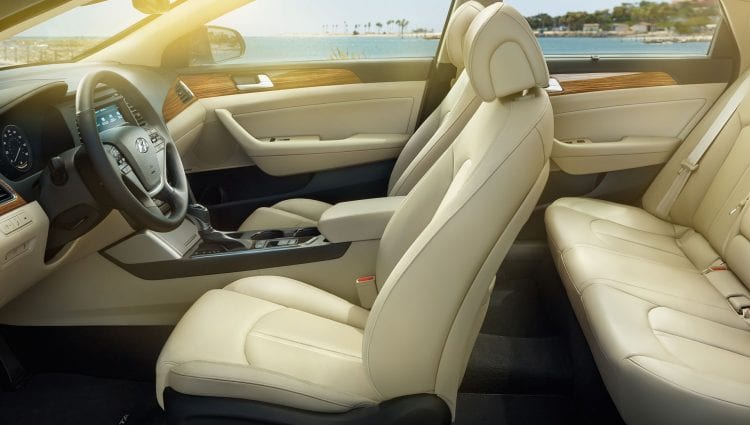 This would be a great move, especially now when all cars seem to be identical. The future Sonata will likely get a more aggressive front end in combination with a more curvaceous body. These changes might also be implemented to the cabin. Here the current model looks like a cheap knock-off of a five-year-old Audi. The new one will hopefully be a lot more impressive to look at.

The dashboard should become a bit more attractive, and a large number of buttons will be replaced by a new touch-based system. Since the currently available version wasn’t accepted all that well on the market, it is important for a South Korean car maker to push everything one level higher with the upcoming model.

Watch video review of 2016 Hyundai Sonata until we have a video of the new version of Sonata.