Hyundai has just revealed the third generation of the i30 model in September last year during Paris Motor Show. As expected that isn’t all for their lineup, so wagon has to follow and sporty N-version is also expected. Geneva Motor Show is less than a month away and among many revelations, it will also greet the 2017 Hyundai i30 Wagon.

We had spy photos from before, and Hyundai just released one teaser picture of the upcoming estate, but let’s first focus on what we surely know. Since hatchback already saw the light of the day, we are aware that wagon is going to share same front fascia and cabin. So flowing and overlapping lines are exchanged for something more serious, and hence more aggressive, while slated grille gave way to new meshed one featuring Cascade shape introduced by i10 model.

On the first glance new model appears less flamboyant, but on second and further you’ll see that that is not so bad as it is more mature and more refined looking now. That is what Europe seeks, and that is what you get. As for the rear, the teaser shows that style plays an important role as the roof has quite a slope, along with raising waste line, and that will evidently result in much more athletic shape than before. 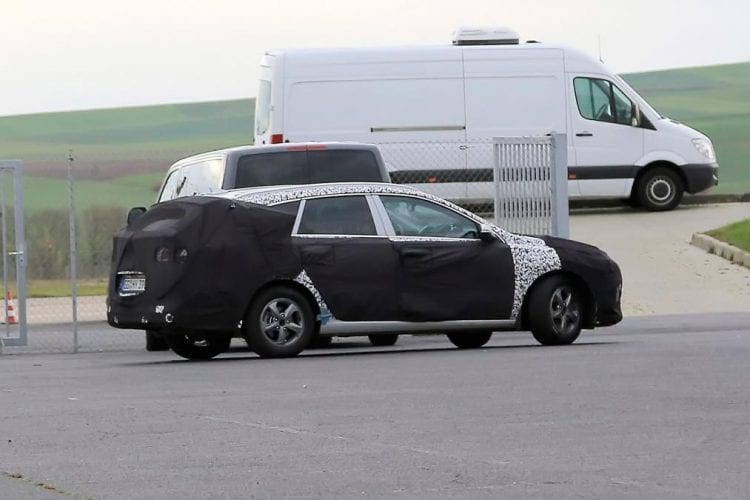 We know that interior is going to be the same as one we are getting in hatchback, which means quite better materials and less fuss with simpler and more elegant dash when compared to the outgoing model. Despite the fact that shape of the wagon is supposed to play the handsome card, we should expect better figures from cargo space. New hatch has 17 liters (0.6 cu ft) more than the old model so the wagon will go above 528 liters (18.6 cu ft) of current capacity.

We know what propels the hatch, so that would imply here also. Base petrol offer is naturally aspirated 1.4-liter I4 delivering 100 hp and 99 lb-ft of torque, taking quite sluggish 12.7 seconds to 60 mph. For more power, you have to turn to the turbo help in this case, as next offer is 1.0-liter turbocharged L3 boosting 120 hp and 126 lb-ft, enough to lower acceleration time to 11.1 seconds. Top of the line would be 1.4 turbocharged I4 rated at 140 hp and 179 lb-ft, accelerating to 60 mph in decent 8.9 seconds.

Diesel also comes in three configurations, but only from one engine. For a start 1.6-liter turbocharged I4 provides 95 hp while sprint to 60 mph takes 12.2 seconds. It also comes with 110 hp making acceleration time lower by over a second. Finally, the strongest thing in diesel lineup is the same engine that is tuned to output 136 hp and sprint to 60 mph in 10.2 seconds. 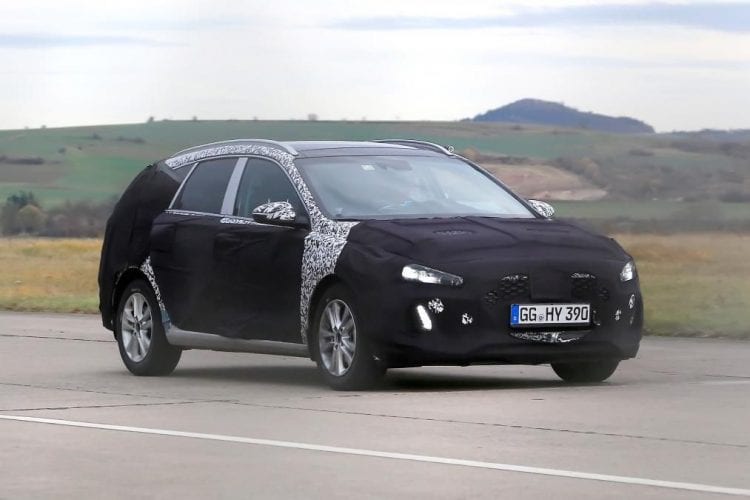 2017 Hyundai i30 Wagon is Hyundai, so that makes it worthy of consideration. It isn’t going to be cheap for a start as it used to be in the past, but it will be still highly reliable, nicely equipt and with fairly priced optional equipment. It will possess bigger boot, mature and more refined looks and upscale interior compared to the outgoing generation. Starting price tag of around £17,000 in the UK ($21,000) is far from bargain and compromises, but we don’t see much of compromises in and out of it, so…