Home
Hyundai
Small Cars
2017 Hyundai i20 – Blackness of the Roof

Hyundai became a global player in the automotive world some time ago, while also managing to grow deep roots in certain foreign markets. One of those markets is India, where in 1996 Koreans formed a subsidiary company and by this time managed to become second largest car producer in that country. Manufacturing things locally on the Indian subcontinent is a huge deal in the automotive industry, primarily because it makes possible to avoid hefty taxes, which Hyundai exploited at full. Its models are constantly sticking to the top of the sales charts, and one of the most popular is i20, which was launched in 2014 and already sold in over 300,000 units. Now 2017 Hyundai i20 comes with some special touches to make things more interesting in the land of Bollywood.

The car is not actually revised, it is more about option widening with new colors and trims. You can get new Marina Blue exterior color, and interestingly two special bicolor options, which could be either Passion Red with the black roof or Polar White with same roof coloring. 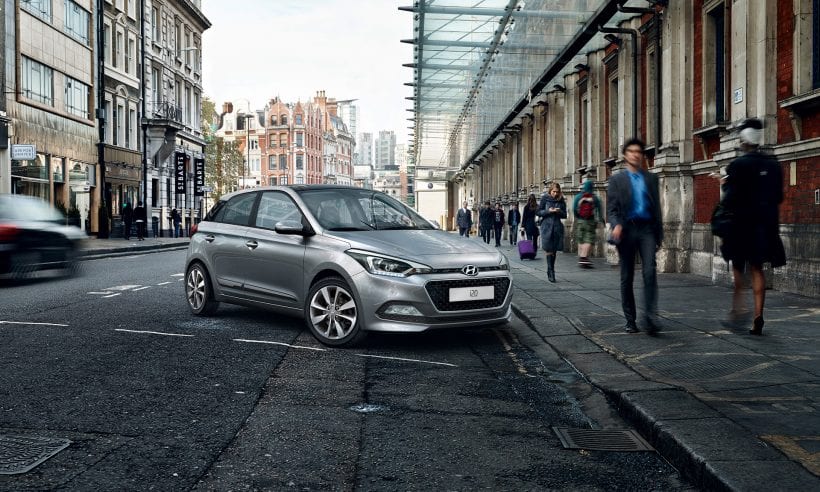 It is maybe not a big thing, but it could definitely make your i20 more alluring and trendy, and same goes for the interior which could dissolve overall blackness with some orange inserts now. This doesn’t change, but just to note that on inside you can still count on the 7-inch touchscreen and broad connectivity with Apple CarPlay, Android Auto, and MirrorLink among else.

In the highest trim, you can get stronger 1.4-liter I4 petrol engine boosting 100 hp joined by 4-speed automatic transmission. Both petrol engines have dual VTVT which is Hyundai’s short for variable valve timing. 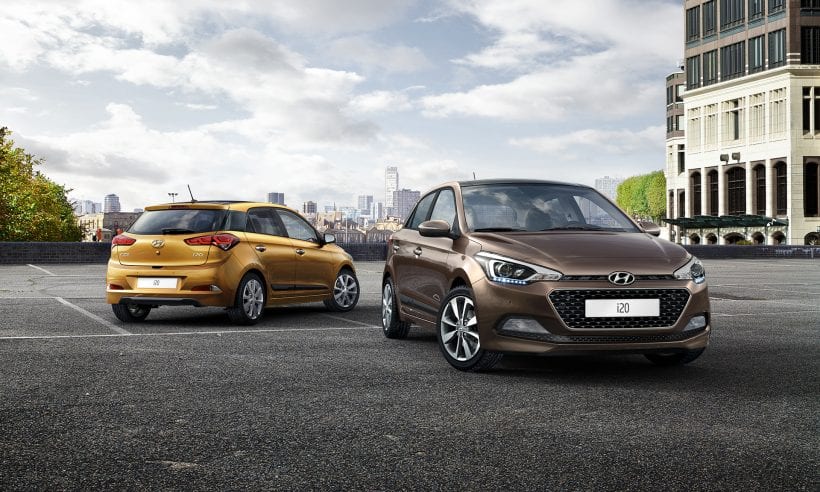 If two tone coloring proved desirable for your taste, you could get one funky i20 for Rs 725,624 ($11,3k) in the case of petrol version or Rs 851,465 ($13,2k) if you go for diesel. Don’t worry those prices don’t just come down to the differently colored roof as you’ll enter Asta trim and get all goodies that you couldn’t in Era, Magna Executive and Sportz trims which all lies below it, leaving only strongest petrol engine with Magna trim above.

It was mentioned that i20 was already huge seller in India and now things are just better. It is still fairly priced, attractive, reliable and nicely equipped city car, while new 2017 Hyundai i20 can even become trendy. If you can spend a bit more on you supermini, we advise you to go with two-color options, it won’t turn your Hyundai to Mini, but at least you may mimic some of its visual glitz.