In today’s automobile market, Hyundai is one of the fastest growing companies, it brings high-tech features deserving great reputation on the international market. However, there is one little problem that could give a more competitive advantage to Hyundai’s competitors: the company sales are generated mostly by sedans and hatchbacks while the demand is definitely shifting towards SUVs and crossovers. The words of the Hyundai’s representatives suggest that more trucks will be designed in the nearest future while the share of cars will decline considerably.

Hyundai has been very generous with their new vehicles, especially with the new Elantra which seems like a real bargain. The South Korean automaker has decided to label many features as standard, some of which were not included in the standard Elantra before. The value of the now standard equipment is $1,215, so buyers will spend less money and go home with a better car than before.

Hyundai placed the Value Edition Elantra above the entry-level SE and below the Eco trim level. The vehicle bearing the 2017 price tag currently costs $20,250 without destination and other charges. Although it may cost less than other sedans, this vehicle is just right for those who want a quality car that is worth more than it costs. 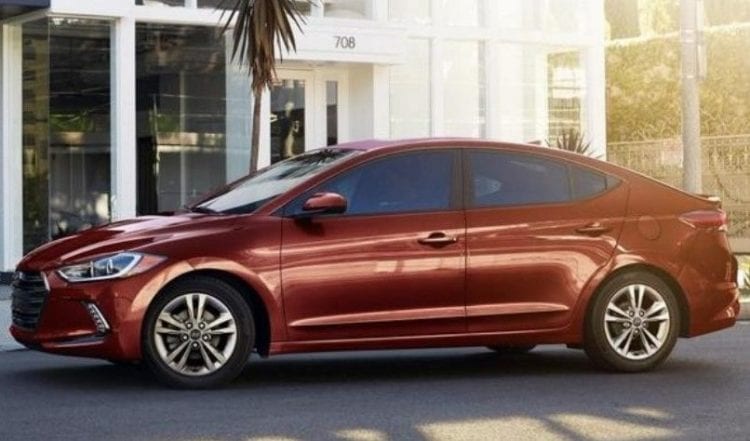 “It’s critically important to give our customers a wide variety of options, so there’s an Elantra to meet their needs” states Mike Evanoff, Product Planning Manager at Hyundai Motor America. “The Value Edition lands at a real sweet spot on the spectrum of amenities and price tag,” Evanoff added. Although every car manufacturer praises its product, we must agree with Mike. Still, buyers deserve to know what they are spending $20,250 on, so shall we take a closer look at the Elantra?

The 2017 model features leather on the steering wheel as well as on the shifter. The interior also includes a tilt/slide sunroof, lumbar adjustment for the driver’s seat, heated front seats, 7-inch Display Auto infotainment that can support both Apple CarPlay and Android Auto, dual automatic temperature control, keyless entry and push-button start. As if this was not enough, the standard version of Elantra will also feature HomeLink. 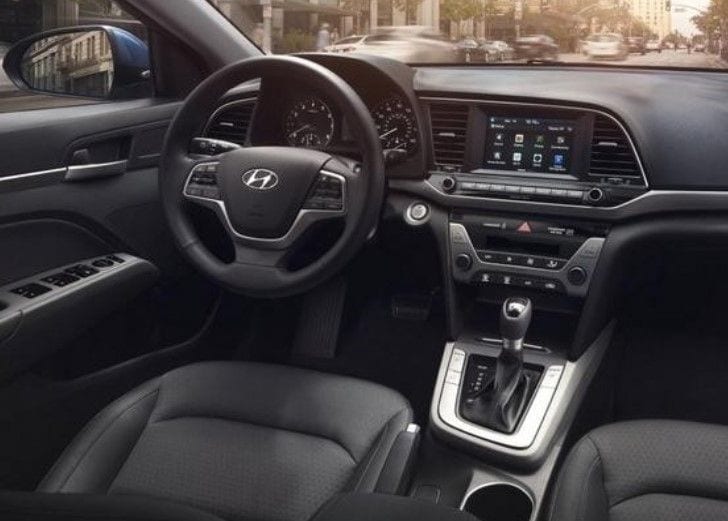 The Hyundai Elantra Value Edition runs on a 2.0-liter inline four that can produce 147 hp and 132 lb-ft of torque. The vehicle uses front-wheel-drive and a 6-speed automatic as standard. This powertrain will get you 28 mpg in the city, 37 mpg on the highway and 32 mpg combined. Do you now see the real value of this model?

Nevertheless, Hyundai does not forget to provide remarkable car designs, which could be proved by the 2017 Elantra, which will arrive in two trims, SE and Limited. This model is among the best-selling Hyundai sedans in the recent years, with more over 240,000 vehicles sold worldwide last year. Despite this success, there have been numerous reports of shortcomings in Elantra brought by the customers, such as weak suspension and structure. These reports were heard by Hyundai, which proves its adherence to people’s voice in the new Elantra, which considerably raises the bar not just for Hyundai but an entire segment of compact-sedans. 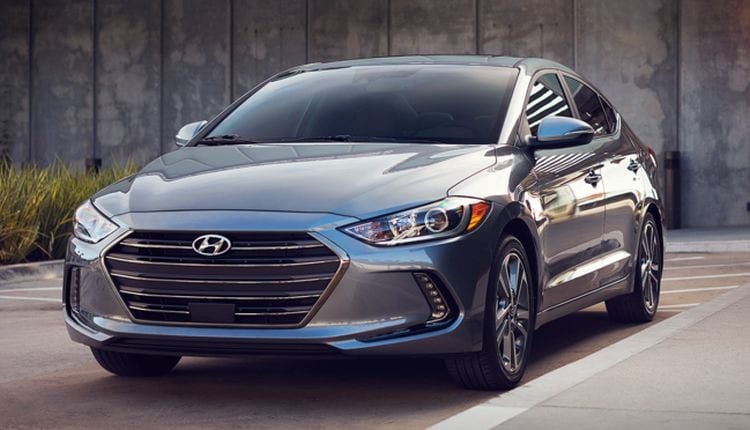 According to Hyundai, the latest Elantra is all-new and better in almost every category that can be considered, such as stiffness, fuel economy, quietness, and comfort. It is not as aggressive looking as Ford, Audi and Alfa models, but it will certainly surprise its owner with the performance and efficiency because Hyundai did a lot in recent years about it. The exterior of this vehicle underwent a major overhaul: the front end has been completely redesigned and added with much deeper and wider grille which gives the vehicle more presence and decently aggressive look while still remaining refined. 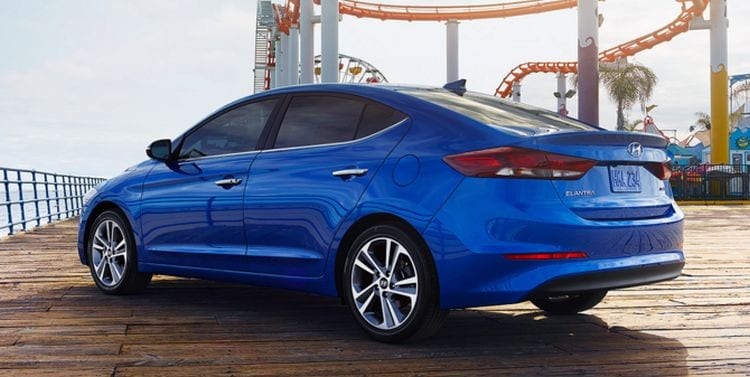 The windshield and headlights do not look as aggressive on the new Elantra as they did on the previous one but the front end is beautifully brightened by the LED running light shaped like Boomerang. It is also equipped with the LED taillights which are massaged a bit. As always, Hyundai did a great job in terms of aerodynamics because the new Elantra was made with a desire to cheat the wind, as the model’s drag coefficient was estimated at 0.27. Another feature that indicates that Hyundai wanted to reduce overall fuel consumption is the usage of high-strength steel. Thanks to its implementation, the weight of the SE trim was reduced to 2750 pounds and the heaviest Limited Edition weighs just 3000 pounds.

Beneath the metal, 2017 Hyundai Elantra has a very generous interior space because of increase in size: it got one inch more in length and the exactly the same amount in width. The new dimensions place the model in the middle-size class, as the 2015 Elantra was right between the mid-size and compact categories. The cabin is very quiet due to sound deadening materials used during manufacturing, and the doors have a decent heft when closing. Some reviewers said that new Elantra was as quiet as Sonata due to thorough soundproofing material used around the cockpit, insulation between engine and cabin, and thicker glass.

Clearly, the company did not aim for luxury, which is explained by a number of aspects in the interior. For example, the plastic used on most elements feels pretty cheap but some elements, including gear shifter, are nice to touch. Next, the seats do not feel as soft as it was expected, even on the Limited trim, which is a little bit disappointing. On the other hand, they are shaped more firmly than in the previous models. As for the rear seats, they are placed slightly higher than the front seats; for rear passengers, there is a lot of room available, even under the optional sunroof. The interior can be added with numerous high-tech features if desired by the customer. Specifically, the Technology package available for Elantra includes HomeLink technology, Android Auto, Apple Carplay and premium audio system, which certainly be appreciated by many drivers. 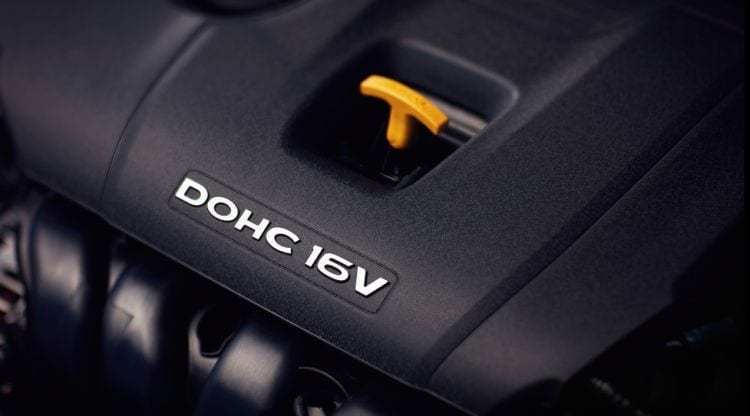 There are only two powertrains available in this version of Elantra. However, these two beasts are highly efficient and provide significant power. The first option is the Standard 2.0-liter engine that produces 147 horsepower and 132 p-ft of torque and the second one is 1.4-liter turbo engine, which is the Eco variant and pumps out decent 128 hp and 156 lb-ft of torque. The new Elantra will be equipped with six-speed automatic and seven-speed manual transmissions on the first respective engine and seven-speed dual clutch on the second.

These powertrains, however, will be added with the third option late this year with the release of the Elantra Sport trim. It is going to be a more powerful engine but no specific instructions have been provided by Hyundai yet. Rumors suggest that something about 200 hp could be offered and in that case it might use 1.6-liter turbo unit.

The starting price for SE trim is $17,150 with the manual and $18,150 for the automatic transmission. The limited trim’s starting price is $22,350. Considering the competition, these prices are reasonable (and Elantra comes with 100,000-miles powertrain warranty). At this moment, we still do not know what price the 1.4-liter turbo equipped model will be offered but expect this figure to become available shortly since launch is rumored to happen during summer of this year.

Why Should I Get It?

If you like comfortable driving, plenty of features and good price, 2017 Hyundai Elantra may be a great deal. The previous model was a hottie but this one definitely raises the bar not only for Hyundai but others, including Ford Focus and Mazda 3, for its economy, stiffness, quietness, and aerodynamics. Although the company did not try to fancy with the new Elantra, it will definitely win over many customers who prefer the reliability, safety, and performance of a good Hyundai.