Like some of its predecessors, the new member of the Honda family will include both Android Auto and Apple CarPlay, but that is not all. The 2017 Honda Pilot will also feature additional color options inside the cabin and a fingerprint-resistant touchscreen.

“The all-new third-generation Pilot has been a huge hit with SUV buyers,” stated Honda Division senior vice president and general manager, Jeff Conrad. “For 2017, we’re making Pilot even more appealing with new technology and options that our customers are seeking.”

To navigate through the infotainment system, the customers will have to use a fingerprint-resistant eight-inch Display Audio touchscreen. Following the latest trend, the infotainment system will be equipped both with Android Auto and Apple CarPlay. Japanese car maker has added one more color option that should satisfy customers that love contrasting colors. So, the 2017 Pilot will get a new black interior along with White Diamond Pearl exterior. 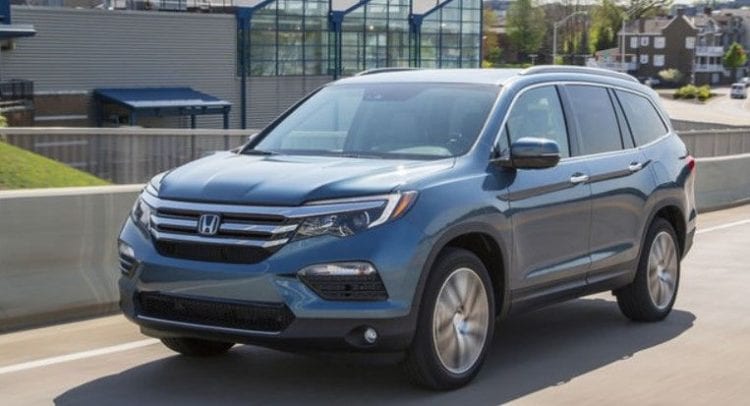 Honda did not want to change the three-row SUV too much, which is why the 2017 vehicle is very similar to the last year model. To be fair, the 2016 Pilot was an outstanding car which got top safety scores from both the IIHS and NHTSA and earned many titles that showed its worth. Some of which were KBB.com’s “Best Family Cars of 2016” and U.S. News & World Report’s “Best Cars for the Money.”

The company wanted to offer vehicle equally fuel-efficient as the last year version, so the Touring 2WD trim will remain to be the most fuel-efficient version of the Pilot. That SUV can go 20 mpg in the city, 27 mpg on the highway and 23 mpg combined.

The third generation of the Honda Pilot has been first showcased back in February 2015 and since then it managed to get itself among the best-selling three-row crossovers on the market. However, the car is not perfect, and there are some rumors suggesting that the Honda Pilot 2017 is going to solve or at least try to address some of these issues.

The biggest grief of many people with the new Pilot 2017 is the fact that the excellent nine-speed automatic gearbox is only being offered as an option while as standard a six-speed unit is used. This is expected to be changed with the new model which people say it will get the new nine-speed automatic as standard. This is great because it will allow people to concentrate on other options and features and they will not have to spend money on getting the good transmission. 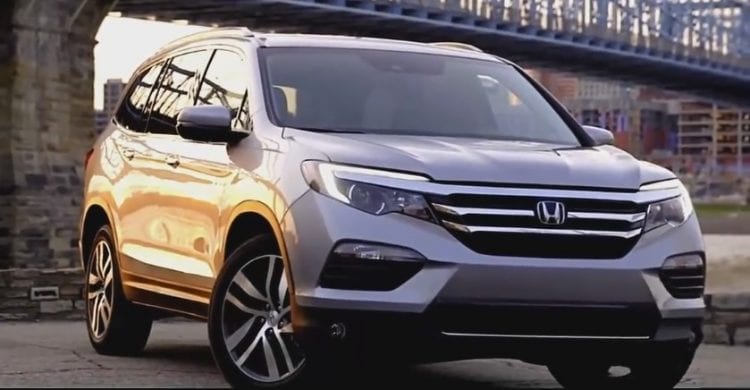 On top of this, there are also some strong suggestions that the car’s 3.5-liter V6 might get an option which would be for the first time ever in the model’s history. A turbocharged option might not be included here, and rumors suggest looking in other direction.

We still don’t know for sure what engine Honda is going to use, but it seems that they might go for a hybrid. However, instead of going for a V6 hybrid, this time around we expect Honda to use a new generation 2.0-liter Atkinson cycle inline-4 coupled to two electric motors. The total output for this system will be around 220 horsepower and over 200 lb-ft of torque which is not enough for a sporty car but more than sufficient for a crossover aimed at long journeys.

With this powertrain and with the help of a single clutch-based nine-speed gearbox, the car will be able to return more than 40 MPG on average, and it will be able to run in electric, combined or standard gasoline mode without any issues, meaning that it will give people tons of flexibility. We also hope that the Pilot 2017 will receive a more powerful version shortly that could definitely be successful considering how many people are looking for sporty crossovers.

Unlike the ongoing model which is rather bad regarding safety features offered as standard, the new car will likely get a lot of safety technologies as standard, such as an active cruise control system with a frontal collision monitoring system, as well as lane-keep assist and blind-spot protection. On top of that, the materials on the dashboard and certain areas of the doors might be improved so the 2017 Honda Pilot should now withstand the abuse from kids with a lot more ease.

What About Styling of new Pilot?

Don’t expect major changes until model year 2023-2023. however, some minor styling changes, including new paint jobs, may be available. So, expect the 2017 Honda Pilot to be similar to the current model, which you can see in the photos below. The interior will also be the same, with lots of storage space behind the third-row seat.

Expected release date of the new Pilot is in fall/winter 2016.

Below you can see some photos of the current Pilot released for the 2016 model year. 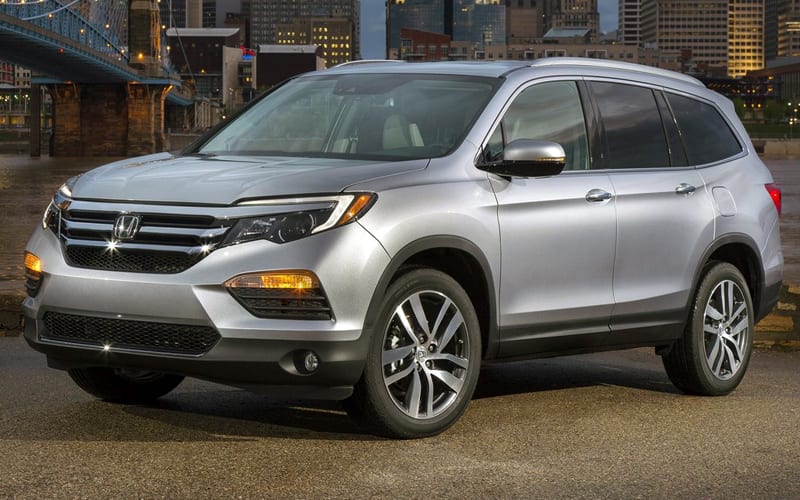 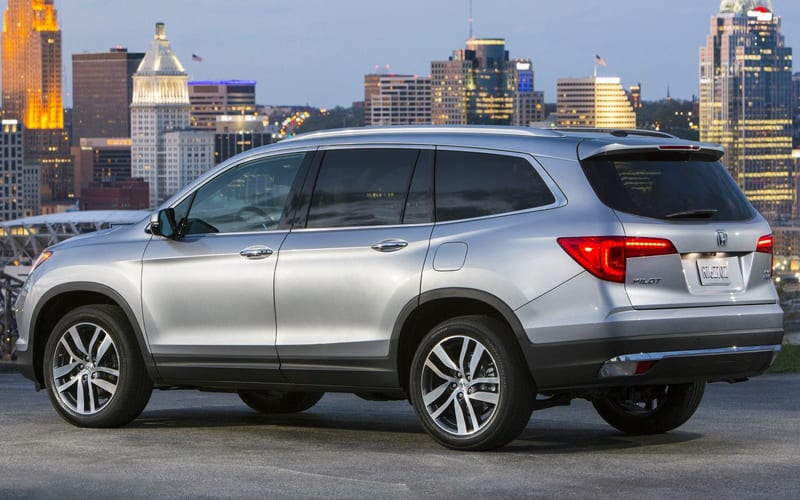 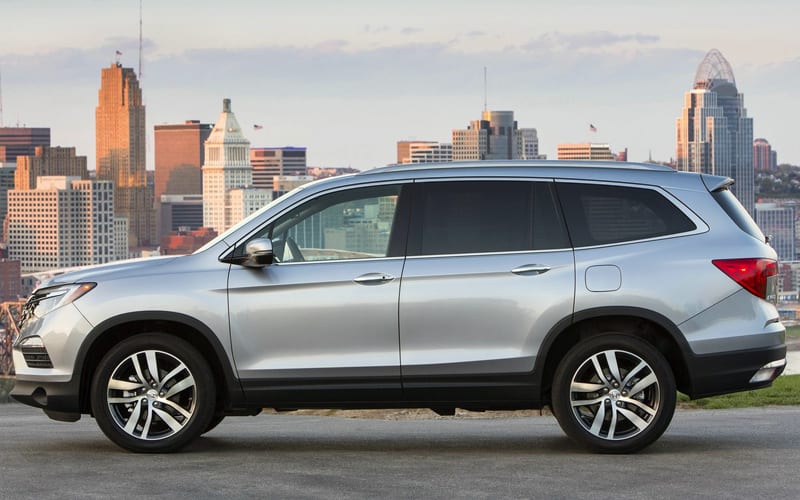 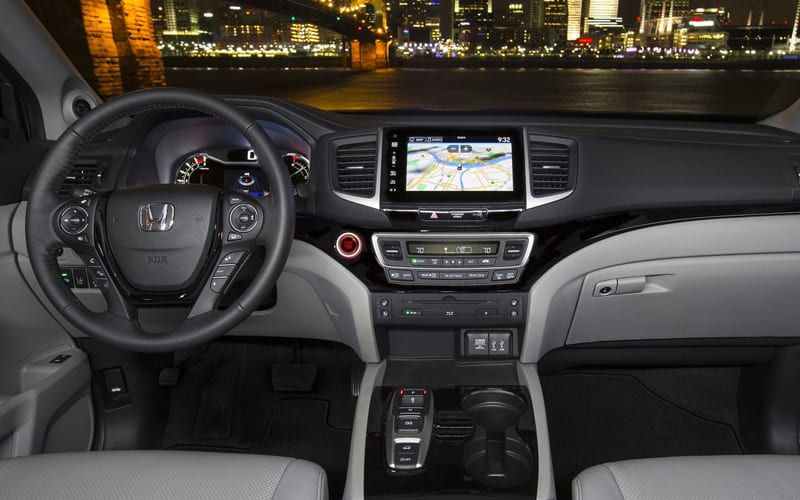 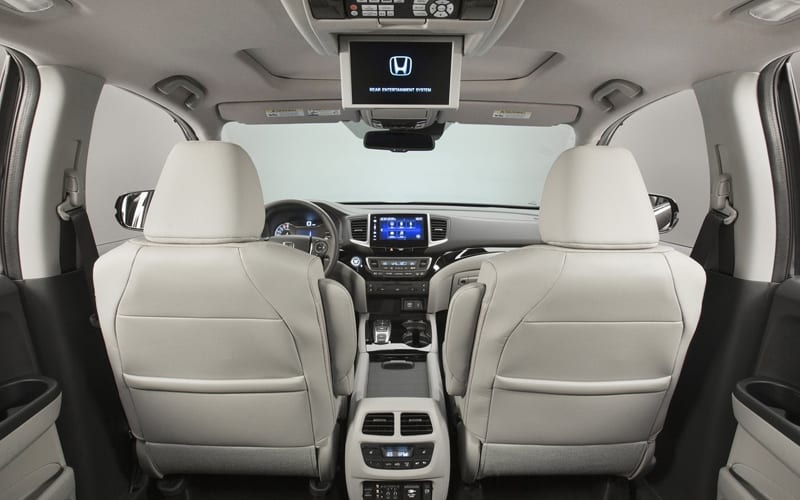 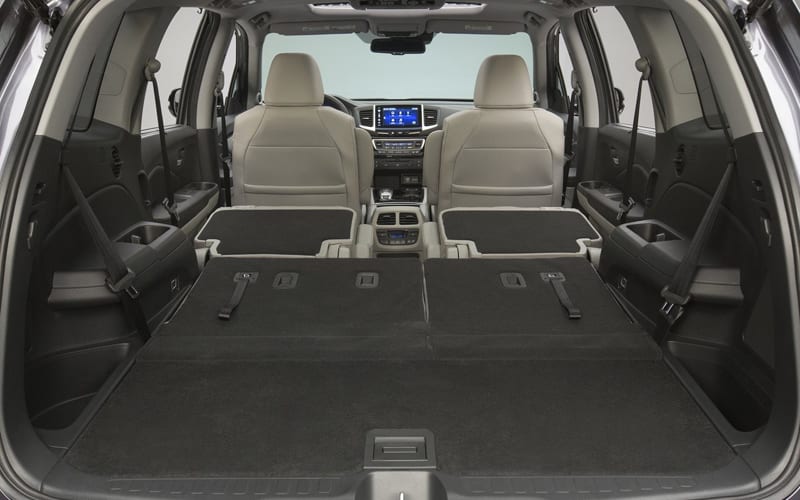 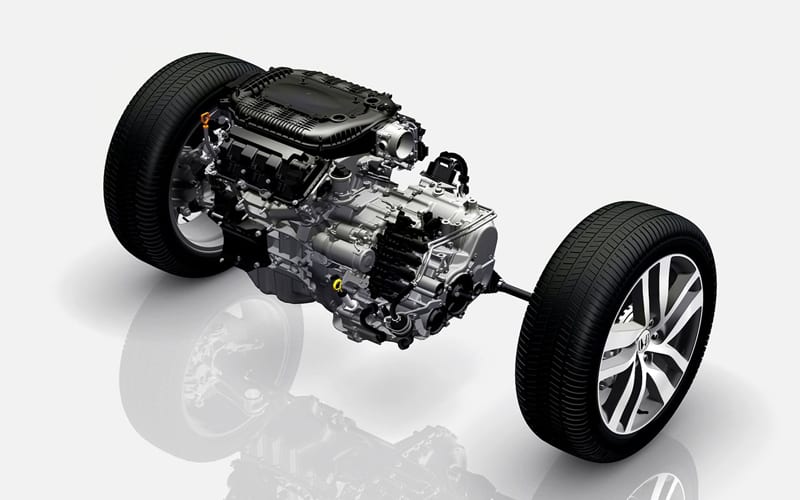 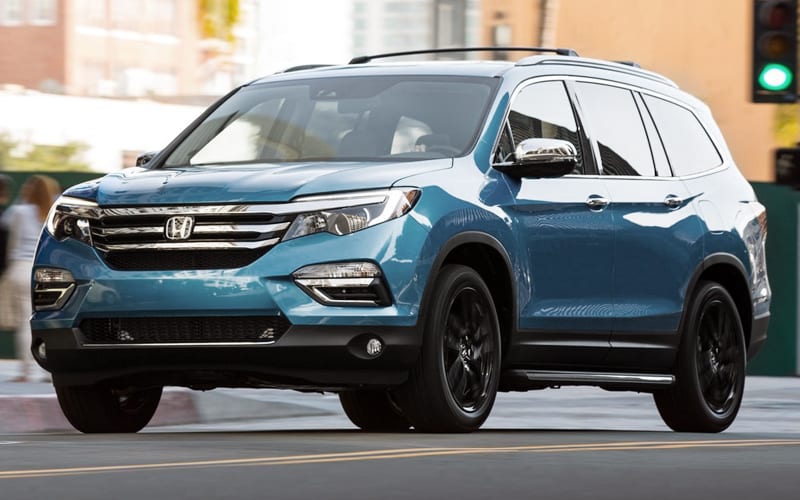 The Honda Pilot 2016 is available in many trim levels, including variants of the same model with 2WD or AWD. It was the first redesign of this crossover since 2009. The price also varies if the SUV comes with additional features or not, such as Rear Entertainment System or GPS navigation. You can choose between LX, EX, EX-L, Touring and Elite models, for the price tag set between $29,995 and $46,420. All models come with the latest variant of a 3.5-liter V6 engine producing 250 horsepower and 253 lb-ft of torque, allowing them to reach the estimated top speed of 130 mph. Majority of models come with a 6-speed gearbox, but some are available with a 9-speed automatic transmission. Safety has also been improved; the 2016 Honda Pilot has received a Top Safety Pick+ award from IIHS.

2016 Honda Pilot: Mostly Everything You Ever Wanted to Know 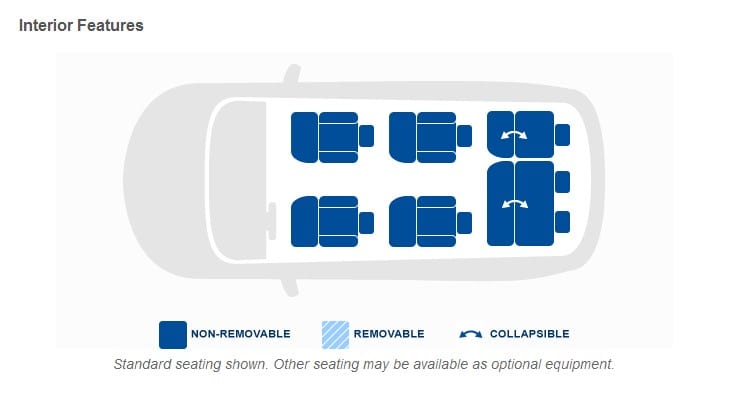