The connection between cars and gadgets is a crucial one nowadays, and if you really want to make it more comfortable and enjoyable for the customers, you will follow in Honda’s footsteps. Instead of choosing between Apple CarPlay and Android Auto, Honda has decided to install both, and we are thankful for it.

The biggest update on the 2017 Honda Pilot is delivered with its Display Audio touchscreen infotainment system. Not only will it have new gadgets from Android and Apple, but it will also feature a new touchscreen surface which should eliminate fingerprints. Honda has also introduced a new black interior combining it with white paint for the trims.

These are the improvements that will make the 2017 Honda Pilot complete. Things like driving dynamics, high-power USB ports and dashboard tech were already top notch, and Android Auto and Apple CarPlay were the only missing pieces. 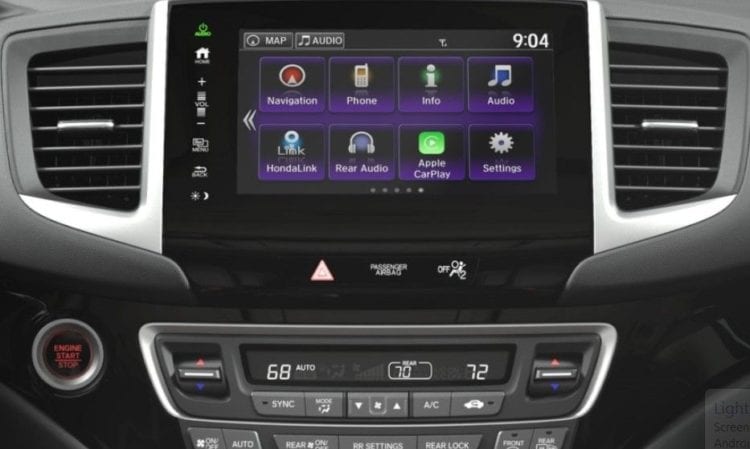 The engine of the 2017 Pilot is a280-horsepower 3.5-liter V6, mated to either a six-speed or nine-speed automatic. In the city, this car should return between 18 and 20 mpg and on a highway between 26 and 27 mpg. Five trims will be available including LX, EX, EX-L, Touring and Elite.

Honda has made quite an effort to keep their customers safe with new installments like forward collision warning, lane departure warning, lane keep assist, autonomous emergency braking, road departure mitigation and adaptive cruise control. Yes, all of these things are now included in the Honda Sensing suite.

Other than the multi-angle backup camera which is standard, you can also have blind spot monitoring system if you want it. The cheapest model is the FWD Pilot LX which is priced at $30,595, while the most expensive one is a fully loaded AWD Pilot Elite which would cost you just over $47 grand.