The new vehicle is expected to be the most popular retail minivan in the U.S. for the seventh consecutive year. The 2017 Honda Odyssey was officially introduced on December 19th and on that occasion we could hear that Manufacturer’s Suggested Retail Price (MSRP) will be set to $29,850. For the last six years, Odyssey has been the most popular minivan in the U.S. among individual customers, and it holds the lead in 2016 as well. Since 2010, for buyers younger than 35, this has been number one choice in the segment. 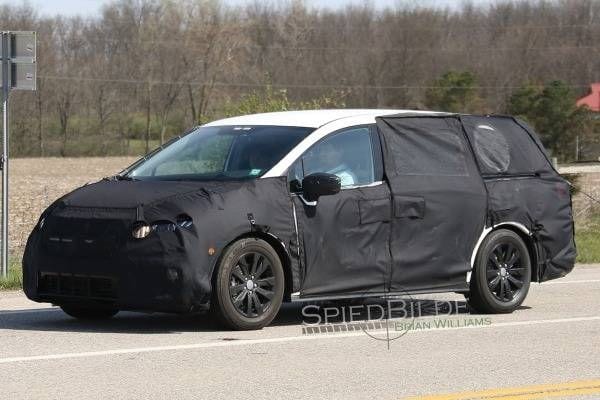 The class-leading EPA fuel-economy ratings will once again be one of the best Odyssey features with 19 mpg city, 27 highway and 22 combined. Honda also offers a comprehensive selection of premium features with 8-passenger minivan. The 2017 vehicle will remain as spacious and comfortable as its predecessors were and will continue to successfully serve the needs of American families.

The acoustic windshield will be available on the 2017 Honda Odyssey SE and EX-L trim levels. Also, Honda decided to equip lower trims with enhanced in-vehicle entertainment and premier features which were previously available only for higher trims, these include:

The U.S. News & World Report has been declaring the Odyssey the Best Minivan for Families for six consecutive years and this year it has also earned the 2016 Kelley Blue Book: Best Family Cars of 2016 award.

The new minivan will run on a 3.5-liter, 24-valve V6 engine capable of generating 248 hp at 5,700 rpm and 250 pound-feet of torque at 4,800 rpm. Company’s i-VTEC® valvetrain improves power delivery whereas Variable Cylinder Management™ (VCM®) is responsible for a better fuel efficiency and reduced emission. The vehicle will have a 6-speed automatic gearbox which, along with other powertrain features, contributes to a great EPA fuel-economy ratings of 19 mpg city, 27 mpg highway and 22 mpg combined. The Odyssey also has the California Air Resources Board (CARB) ULEV-2 emissions certification.

The new HondaVAC in-vehicle vacuum cleaner is included in the SE and Touring Elite trim levels. That way, you can keep your car clean which is especially desirable and quite useful if you have kids as we know that they can be quite messy. HondaVAC draws power from Odyssey’s 12-volt electrical system and is much more efficient than any handheld rechargeable vacuum cleaner, although it is built only for dry use.

The in-vehicle vacuum cleaner is located in the rear cargo area and has an extendable hose that can cover every corner of the interior. Maintaining the vacuum is easy with a removable debris canister and replaceable filter bag. On top of that, there are two different head attachments that you can use when needed. The HondaVAC can run up to eight minutes if the engine is off or continuously if the engine is working.

Honda decided to use its next-generation of Advanced Compatibility Engineering™ (ACE™) body structure on the Odyssey as well as high-strength steel in the A-, B- and C-pillars, floor rails, roof rails, front body area, and front subframe. All of this was done to strengthen the front frame and door structure in case of frontal collision.

Honda Odyssey also features advanced driver-assistive technologies that include Forward Collision Warning (FCW) and Lane Departure Warning (LDW). FCW will inform the driver if there is a possibility of a collision with a vehicle in front of the Odyssey and LDW notifies the driver if the vehicle has departed from detected lanes. Three trim levels include these audio and visual safety features: the EX-L, Touring and Touring Elite.

Honda R&D Americas in company’s LA design studio and Raymond, Ohio, new-model development center are the places where the Odyssey was developed. However, only Honda Manufacturing of Alabama in Lincoln will be responsible for the production of the Odyssey.