Released nearly two years ago for the US market, the Honda HR-V quickly became one of the better selling Honda cars thanks to its good price, really good interior spacing, and rather impressive but still classy styling. However, the car has been missing quite a few features since it was launched and it now started to lose sales against some of its newer competitors such as the CX-3.

In order to solve most of its issues, Honda will release a mid-life facelift with the 2017 Honda HR-V. According to rumors it will include quite a few more features than the current model and on top of that, it might also get a newly rumored powertrain. It seems that there will be a lot of action so it would be wise to wait a little bit longer and see what new models will bring. 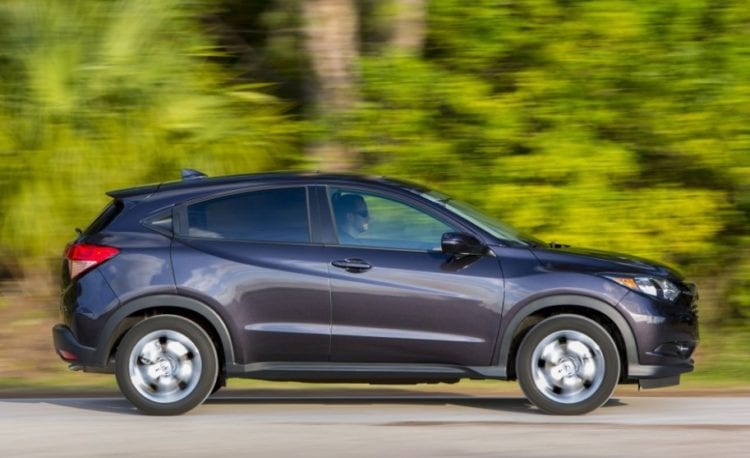 Most of the chassis, running gear and also design are expected to stay the same or very similar to the current version but this is to be expected for a rather new model in the lineup. The price will stay under $20,000 which allows this car to be a better deal and great competitor.

While some rumors suggest that Honda will take out some of the rather pointless features of the current version and drop the price for the higher-end versions of the car, we expect to see improvements in almost all segments and prices to stay on pretty much identical level.

The release date is still unknown at this point, but it may be out by the end of this year and ready for the market starting with the first few months of 2017.

Likely the largest change expected for the new HR-V is going to be its engine which currently is a 1.8-liter naturally aspirated inline four good for 141 horsepower and around 125 lb-ft of torque. This is enough for most people but not as impressive as some of its competitors. To give people a more capable engine which will likely use less fuel or be at the same level, Honda is expected to install under the hood of the car a new 1.5 liter turbocharged inline-four unit good for 148 horsepower and up to 150 lb-ft of torque.

A slight power bump all while using around 10% less fuel making it a really good deal for everyone. The clunky CVT gearbox is also likely going to be updated for the new version quite soon, and we think that this is one of the parts that need the most attention.

While the current model is rather poor regarding features, the upcoming Honda HR-V 2017 is finally expected to hit the market with an all-new infotainment and navigation unit which will likely support Android Auto and Apple CarPlay. On top of that, a better audio system, as well as slightly better materials, might be used for the higher-end trim levels.