The first generation Clarity has been a hydrogen-powered electric car that managed to impress a lot of people. However, it was only released in California, and it was only available as a lease vehicle. That model was discontinued in 2014, and Honda retrieved most cars in order to do research on them. Well, it seems that the successor is back as the 2017 Honda Clarity has been showcased quite recently and there is some interesting news about it. Unlike the previous model, the new car will be using Honda’s new modular platform which first debuted on the Civic. This platform provides better NVH levels, a more balanced chassis than before as well as a lot more versatility.

Also, unlike the older model, the new Clarity will actually be available in three different versions. There will be an all-electric hatchback, a hydrogen fuel cell sedan as well as a range-extender sedan. All three are expected to hit the market in 2017. However, the hydrogen car again will only be available in California and only available as a lease option. 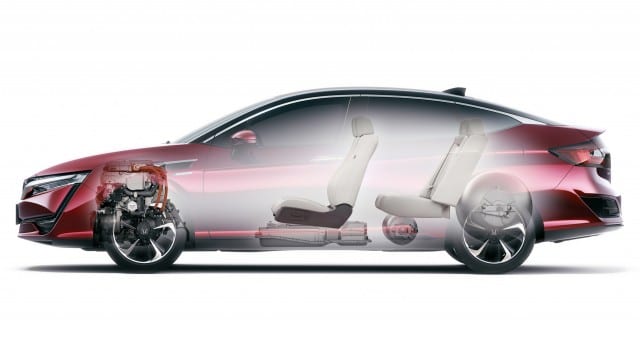 Other options, on the other hand, will be available just like any other regular car. There is no word on the pricing of the electric models, but the hydrogen model will have a sticker price of $60,000 which will be a lot more than a regular electric. However, it is also worth mentioning that this version is more of a development platform than anything else.

Over the previous model, the new 2017 Honda Clarity looks a lot more up to date. For starters, it gets its own styling with clear influences from the Civic. Some even suggested that it may be a good intro to the upcoming Accord which is set to be released next year. The car is actually similar in size to an Accord, but it does come with some perks. 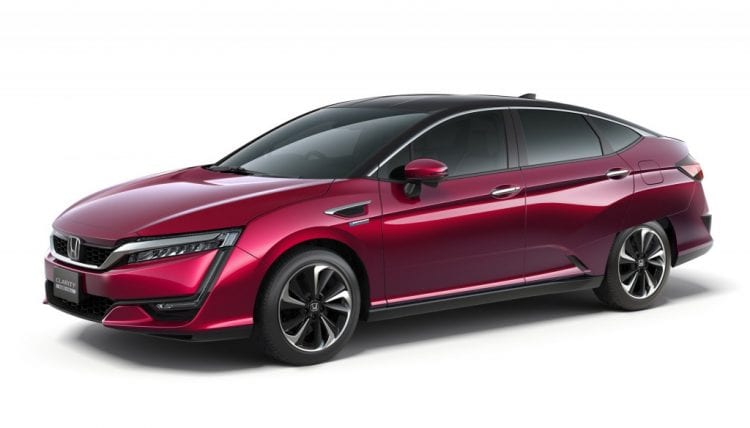 The rear wheels are half-covered on the hydrogen model in order to improve its drag coefficient. Also, unlike the Accord, even the sedan offers a wedge-shaped body, similar to that of the Prius. This is mainly there to help the car be as efficient as possible. Unfortunately, both the hatchback and the regular hybrid haven’t been showcased for now but it is safe to assume both of these will be similar to the Clarity.

The best word to describe the interior of the Clarity is “simple”. There are five seats which are very comfortable and there is plenty of space for up to five adults. The dashboard offers a conservative design with a large screen in the middle while most of it is taken by a large storage space. The center console is quite slim, and the instrument cluster is made out of a really easy to read LCD panel. Both the hybrid and the electric model should get very similar interiors to that of the hydrogen car. 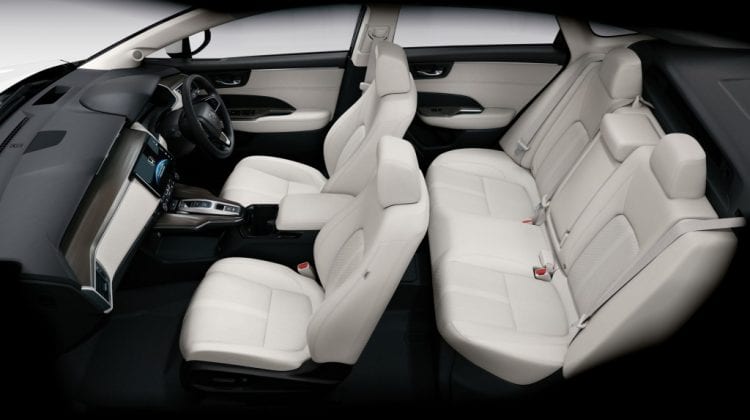 The 2017 Honda Clarity features an electric motor good for 174 horsepower and 221 lb-ft of torque. This drives the front wheels only and provides decent performance while offering well over 300 miles of all-electric range. Also, when the hydrogen tanks are empty, the refill process only takes a few minutes which is the main selling point as it is comparable to the amount of time you need to refill your gasoline tank. 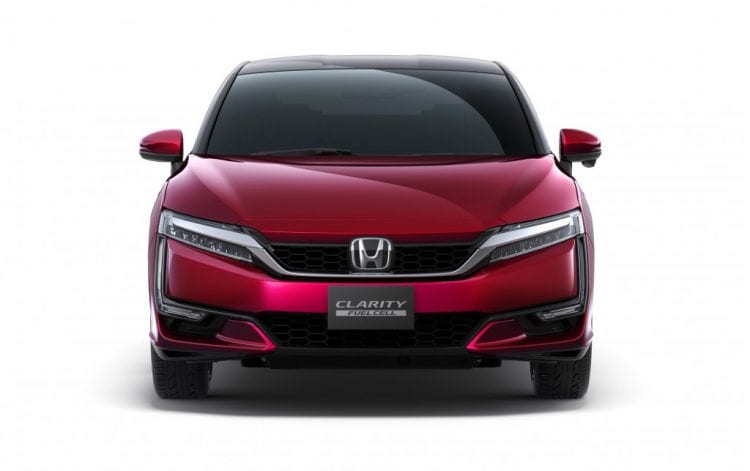 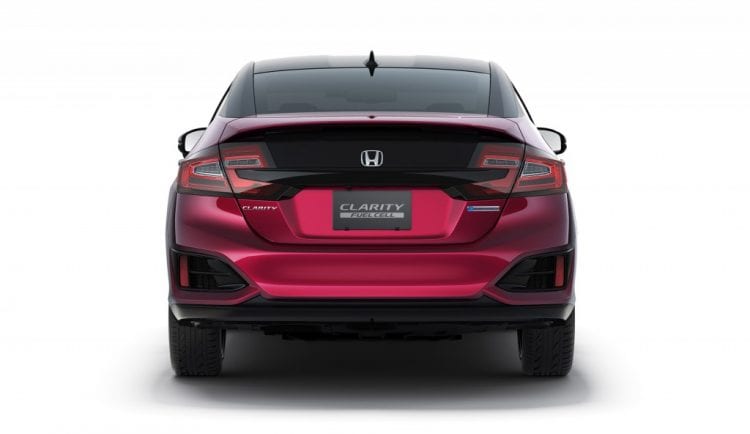 There is still no word on the systems used by either the hybrid or the electric car. Rumors say that the electric will receive the same engine as the hydrogen car while having a large battery instead of the hydrogen tanks. The hybrid, on the other hand, might add a small 1.5-liter engine to the mix in order to be used as a range extender. These two are expected to hit the market at the end of 2017 as 2018 models, so there is still some wait time before we see the result.