There was a lot of fuss lately about new Civic. We are used to unusual design from Honda when it comes to this model for some time now, and latest generation surprised the automotive world once again. It was offered last year in many body shapes of the hatch, coupe, and sedan. Along with revelation of the production version of the hatchback, a prototype of Type R version was introduced at Paris Motor Show in October.

Things are definitely heating up as we see the spy shots since 2017 Honda Civic Type R is tumbling down the Nürburgring, which is naturally a birth place for hottest Honda’s hatches. 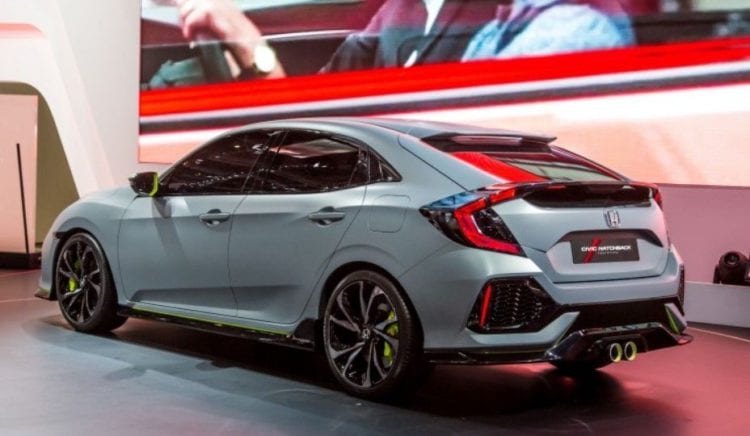 The car is carrying heavy camouflage, but there should be no doubt that it will be very close to mentioned concept. Sadly, we see on photos that hood scoop is not present, but huge air intakes in the front bumper are. The highly peculiar rear end is going to be further radicalized with huge wing taken from concept and triple exhaust with the smaller middle tip just adds to the impression.

The rear bumper is totally redesigned and despite being camouflaged basic contours are visible and are resembling ones on the concept yet again. One more cool feature would be definitely large side vents right next to the front wheels, taken from… you already know.

Honda didn’t reveal anything official about the interior, but we pretty much know what to expect. So, true sports seats, lots of contrast stitching, splashes of Alcantara and overall blackness broken by an abundance of red color placed on the seats with possible red lines across the dash.

Last type R featured 2.0-liter four cylinders turbocharged engine featuring VTEC system, delivering 306 hp and 295 lb-ft. We can expect a rise in power figures, so possibly 340 hp with torque power moving to 300+ lb-ft. Mentioned numbers could propel Type R to 60 mph in around 5 seconds, while top speed could move slightly above current 167 mph. Same as with last hot Civic, the Japanese company will probably stick to the manual transmission, while automatic wouldn’t exist even as an option.

The last generation Civic type R carries a price tag of £30,000 in England and by today’s exchange rate that corresponds to $46,000. Don’t be afraid, please. There is no information about current price, but keeping in mind that cars in Great Britain are far more expensive than one in the US, price sticker is going to be dropped for at least $5k or even $10k less. 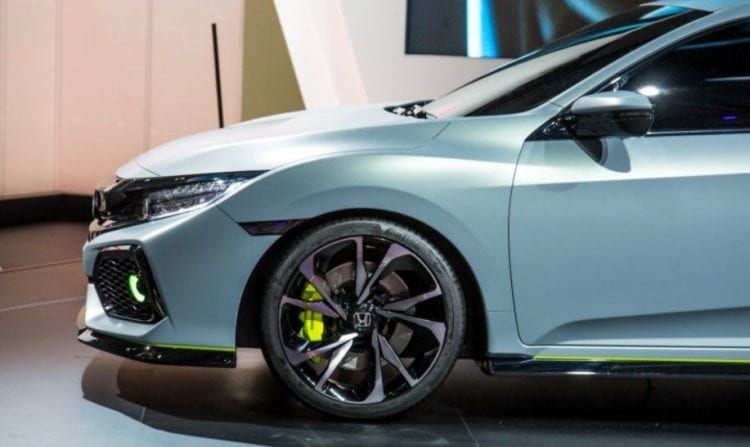 Yes definitely. Outgoing generation of Type R features around 300 hp which is in VW Golf R and Subaru WRX area. So, obviously 2017 Honda Civic Type R is bringing more to the table and yet possibly getting closer to magnificent 350 hp from Ford’s Focus RS. If the regular model looks berserk, this one will be out of its mind, and it will definitely make a statement whenever it leaves its cave (garage).

If you possess any flamboyance within your mind, this will be the top choice even before current eye catcher Focus RS.