Honda Civic in its angry edition has been one of the favorites when the world of hot hatches is put under evaluation. The eighth generation of the European version of Civic is highly praised for his “ahead of its time” styling, received quite a modest treatment for its top version, having almost identical power output as the outgoing model, which translates to around 200 hp.

Things were highly improved for next generation, and current R version brings more than 50% in power figures compared to the predecessor. The model was revealed in Geneva Motor Show in 2015, and it already ceased to exist just now, leaving fans in mourning. It was limited in numbers, for the UK only 2,500 units were made, and it wasn’t hard for Honda to send all of them on the roads quickly. For farewell and goodbye, Japanese pulled a premium move, and we have one more limited chance to grab it as 2017 Honda Civic Type R Black Edition is in front of us.

As we said, Civic Type R was limited to 2,500 units in the UK and its latest version Black Edition is again limited but in a much smaller number of only 100 units. That will make it an utmost rarity on roads and definitely future collector’s piece.

The title Black edition suggest that the car is black and you can’t have it in any other color, so Henry Ford’s words “you can have it in any color you want as long as it is black” would fit perfectly to our situation. 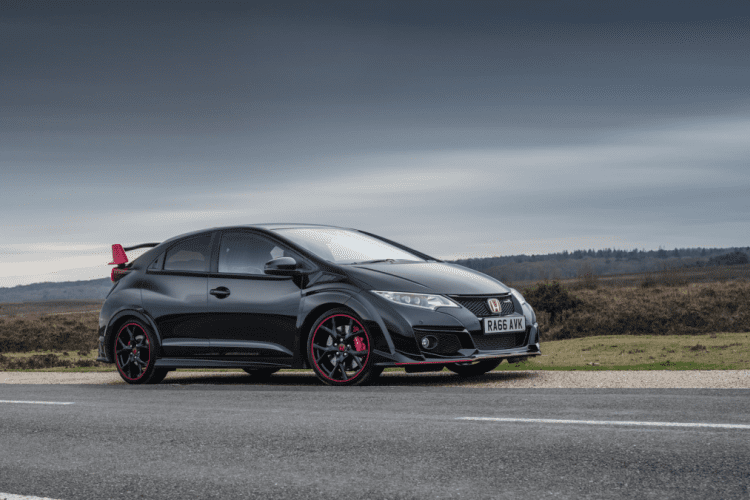 Black Edition is not the term first time used with outgoing Civic, it was featured in 2014 for regular model, and honestly, drowning a whole car in absolutely black color, including alloys, hasn’t brought any excitement about its looks, in fact, it acted on the contrary. Type R is more than just a little bit special, so its Black Edition has a different story to tell.

As we said, you shouldn’t worry about the looks, as Japanese had done more than decent work in this case. It received many ornaments that will make it instantly recognizable on the roads against regular Type R versions. Black is joined by red, and that never fails with sporty credentials. 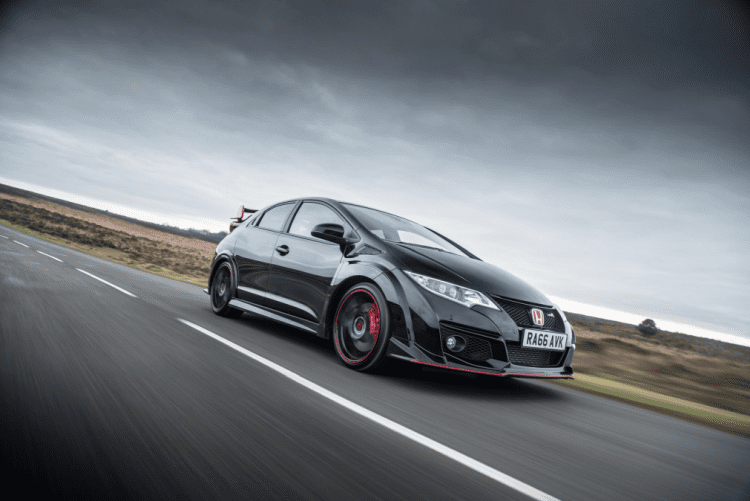 Badges are red, as is front bumper’s spoiler lip, there is a red line on the back diffuser, huge rear wing has sides totally painted in red and black alloys are encircled with red. In this case, red prevents dissolutions in all that blackness which by itself ends with the loss of character, so error from the regular model is avoided, as this thing looks quite stunning.

Regular R version has plenty of red in the cabin also, but this special addition is adding even more. Besides already red seats, red line across the passenger side of the dash, red accents on steering wheel, red contrast stitching and even red seat belts, we now have also all air vents encircled with red. 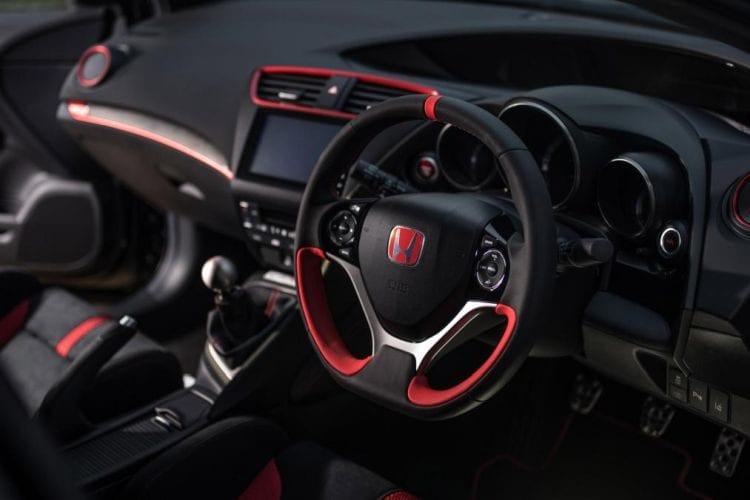 And then suddenly we have something totally contrary to the current trend, as seats were transformed from red ones with black parts to black with red parts, reducing their redness by a huge margin, which is strange considering the overall story.

It is not about the fact that engine cover is painted in red, it is more about the fact that its fury matches well with mentioned color. We are talking about 2.0-liter turbocharged engine squeezed all the way to 310 hp and 295 lb-ft. What is more amazing is acceleration time of 5.7 seconds and the top speed of 167 mph. The engine stayed the same as in R version, and that is perfectly fine, as Type R was king of the Nurburgring in its class until VW Golf’s Clubsport S edition took its title last year, but being second among myriads of rivals is far from being desperate about it.

There is a problem, and that problem is that new generation of Civic is already born and its Type R model is coming to showrooms later this year. It is berserk looking, power is increased, and it carries a bunch of tuning tweaks, so should you hurry for 2017 Honda Civic Type R Black Edition or just wait for new and fresh one inevitably coming soon? Then we come again to the limited part, making any comparison pointless. This is exclusive, this is future’s collector’s item making it more than special. A number of them on roads will almost match the numbers of limited Pagani‘s or Koenigsegg‘s so what else is left to be said?