After Honda Civic Type R Prototype debut, new Honda vehicle was just revealed. This car which was named Si is also a performance-focused version of the Civic and the company has labeled it a ‘Prototype.’ However, the vehicle is mostly ready for production.

The 2017 Honda Civic Si debuted at the LA Auto Show as a nearly finished product. The Japanese automaker also announced that the Civic Si Coupe and Sedan will be revealed during the next year.

The new vehicle runs on a turbocharged 1.5-liter four cylinder engine. The horsepower and torque weren’t announced, but we do know that 2017 Si uses a short-shifting six-speed manual transmission. The current version of this engine is capable of delivering between 174 and 180 hp and we think that this will not change, or at least its output won’t be dramatically increased. The car also features limited-slip differential, high-performance tires, an active steering system and a new set of dampers that should make handling superb. 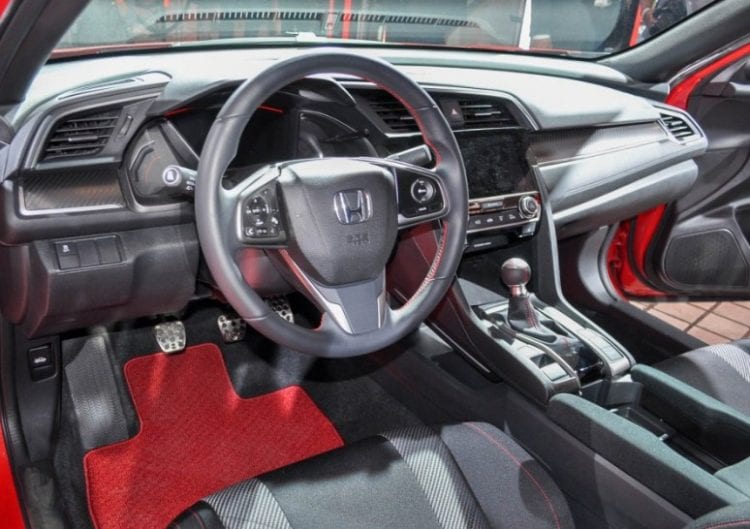 The interior includes a set of sports seats which can be only found in Civic Si model. The red contrast stitching and aluminum sport pedals contribute to sporty interior look. The instrument panel features a ‘Dry Metal Carbon’ trim. Honda says that the car cabin will remain the same for production vehicles and that only small changes might occur.

Senior vice president and Honda’s general manager, Jeff Conrad said, “With the new Honda Civic Si, we’re injecting even more sporty goodness into our 10th-generation Civic lineup. This will be, hands down, the fastest, best-handling Si we’ve ever offered to our customers.”