Downsizing is a common thing we see these days. Even amongst the biggest of SUVs you’ll usually find a four-cylinder or at the very hand a six-cylinder as a base option. Long gone are the days of massive, fuel inefficient engines being crammed into everything. The midsize SUV segment is perhaps the most competitive one in today’s world so we see updates on every model almost every single year and on some models even multiple times a year.
The GMC Acadia has always been a great product and valuable player in the SUV segment but with so much competition it’s hard to stay at the top without introducing new and improved upgrades most customers want or can find in other competitors. 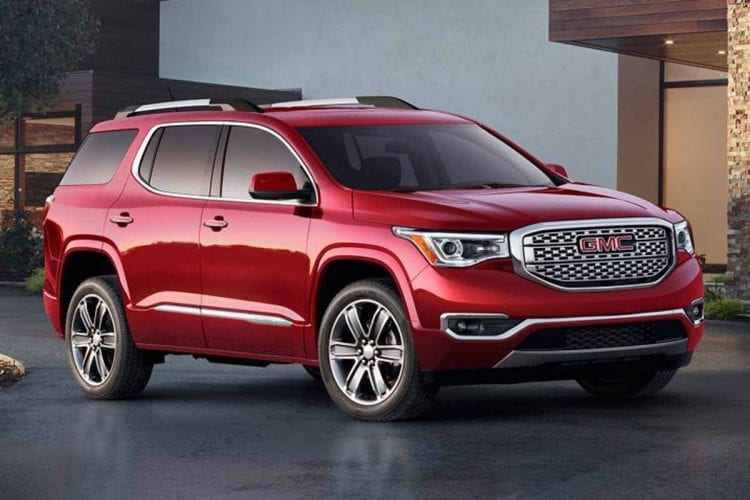 For 2016, this SUV receives numerous upgrades to keep its place as a top competitor but most important of all perhaps, it’s more economical than ever thanks to a new four-cylinder option available in the range. Before we dig deeper into the car’s specifications and features let’s take a look at what makes the Acadia such a great proposal.

Think of the Acadia as a stylish SUV that’s a replacement for the minivan. Yes, you guessed it right: it has three rows of seats making it a treat for most families of upwards of 5 members. It’s always been up-market and felt luxurious but now that’s truer than ever. The car is handsome by all standards and really stands out in today’s bland endless offering of SUVs. Even the design might not be the first and most important for family oriented drivers we could notice a trend of more people wanting their family size vehicles to be more appealing. 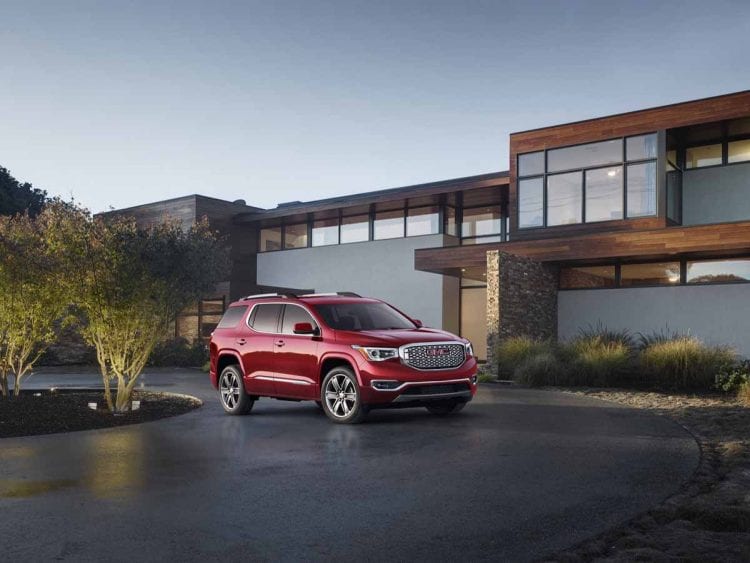 Well, one thing that might seem strange to you is the fact that the Acadia has gotten smaller for 2016. Yes, we realize that’s a bad thing in a car that aims to offer more cabin space but gets this: It’s gotten smaller without sacrificing a lot of cabin space or comfort. Most of the shrinking has been trimmed off of the bodywork and chassis. Overall it’s 7 inches shorter, 3 inches narrower and a noticeable 4 inches lower.

While cabin space hasn’t been compromised for the passengers individually, it can now only carry 7 passengers instead of 8 like the previous generation Acadia. While this may be a bit of a letdown, it’s still incredibly good for this segment especially since most competitors offer 7 seats or less. 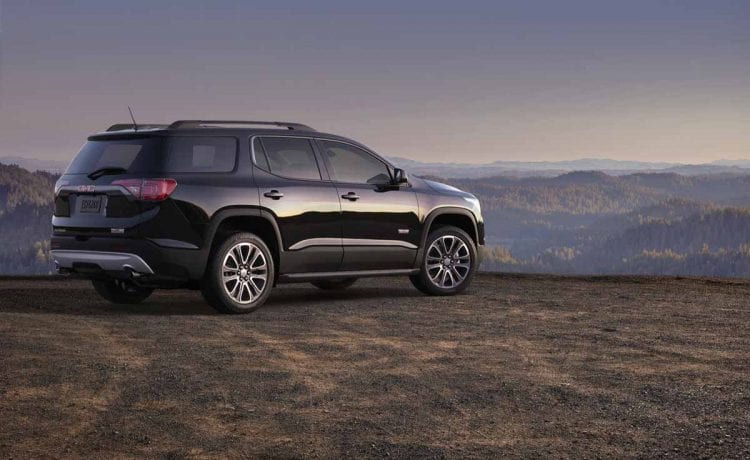 Downsizing doesn’t stop at the engine or the overall size either. GMC have gone one step further by reducing the overall weight of the vehicle. The 2017 GMC Acadia is a massive 700 pounds lighter than the older generation. That’s a massive achievement, nearly two full-sized motorcycles have gone out of the old car when you think about it.

Speaking of more fuel-efficiency, the new four-cylinder is a 2.5 liter capable of producing 194 hp and 190 lb-ft of torque, more than capable of keeping up with similar competitors. Stats are yet to be released but expect it to be around average in 0-60 times and 8 to 9 seconds for this is realistic. Braking distance should decrease but the cornering G-forces that you can reach should go up, regardless of engine choice and all this due to weight reduction. 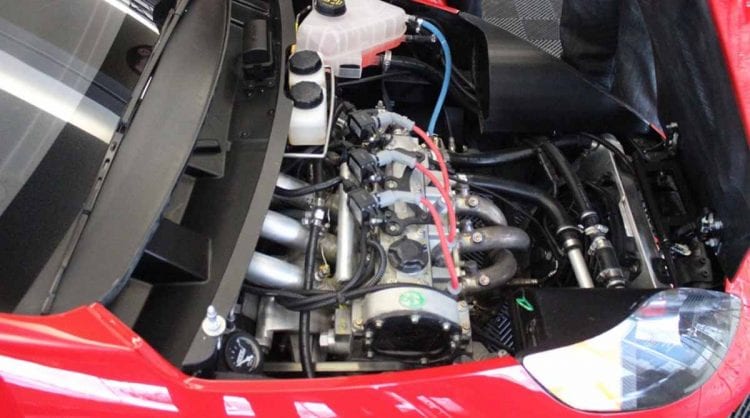 This new engine is the standard option in the Acadia for 2017, but there’s also an optional 3.6 liter V6 carried over from the last generation which develops 310 horsepower and 271 pound-feet of torque. Its miles per gallon figures are disappointing returning just 17 mpg in city driving and 25 in highway but the four-cylinder solves it with 22/28 mpg for city and highway respectively.

We suspect those are the real world numbers since most competitors manage around the same in real world testing. One real advantage of the V6 is the towing capability which is 4,000 pounds if fitted with the towing package. 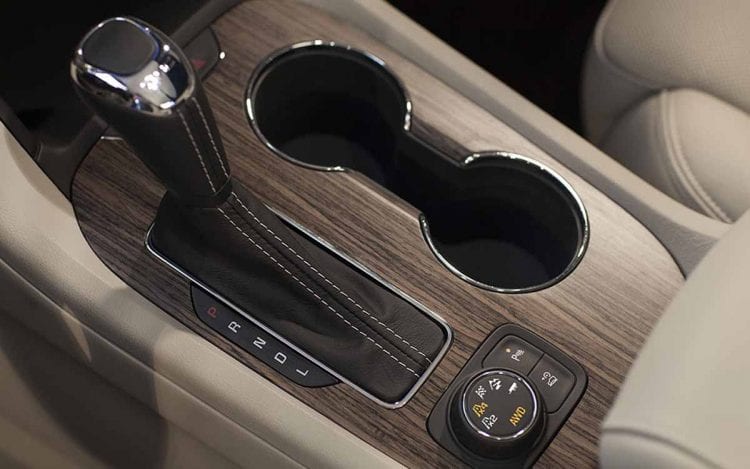 Both engines are mated to a six-speed auto and there’s no manual option but really, who wants a manual in a family-oriented SUV? As a standard, the front wheel drive system is offered but as usual, there’s an optional all-wheel drive system for those who want to opt for it.

Amongst the changes for 2017 GMC Acadia, there’s a new system which offers different drive modes which are capable of changing engine, suspensions and transmission configurations depending on your chosen setting. There’s sport, snow, towing, and the usual off-road mode but that’s only on models fitted with the all-wheel drive system. 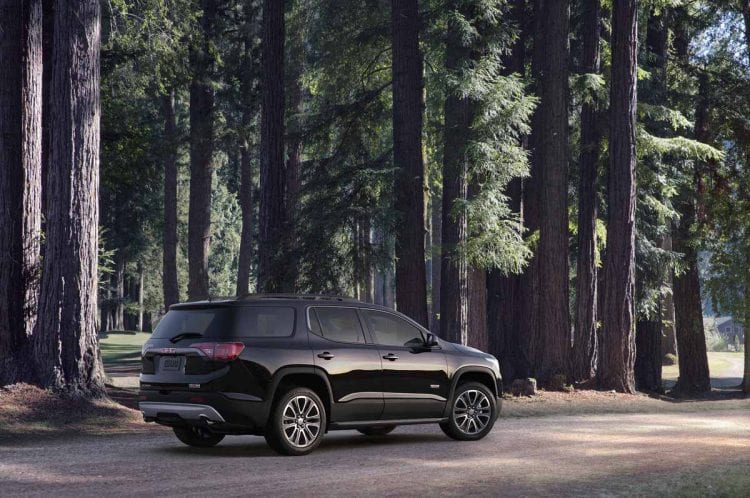 A new trim level or model call it whatever you want, has been introduced for 2017. It’s called All-Terrain and an Acadia with it can only carry 5 passengers but as a result has much more cargo room tailored for those who are adventurously inclined. Another feature of this model is that it brings improved performances for off-road driving and few other nice touches that will distinguish it from the standard version.

Cabin feel is excellent on all models. If anything, materials are even better than the previous generation now trumping nearly every other SUV in the segment. Fit and finish is at a very high level, to such an extent that even some European, and we’re pointing at German cars here, can envy the Acadia’s interior. Every surface is soft, smooth and pleasant to the touch. There’s more than enough space for all 7 passengers to fit comfortably although those in the rearmost row should only be kids really. 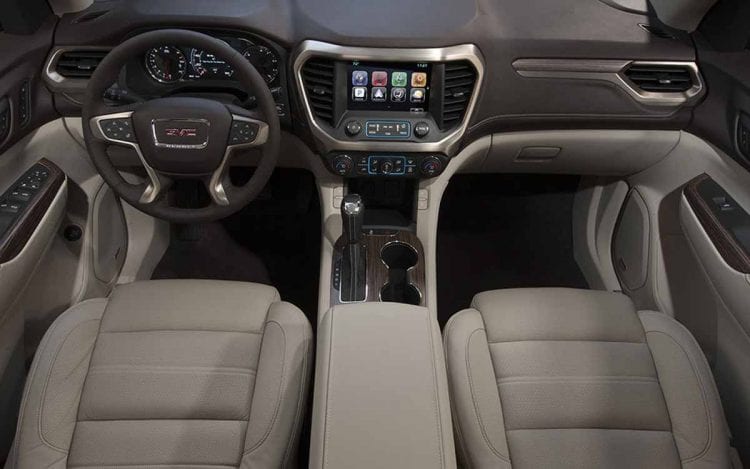 In terms of various systems, there’s massive improvement both in safety and infotainment. Smartphone integration is standard for both Android and iOS devices and 4G LTE connectivity is present. You can even use that as a portable WiFi hotspot, staying connected to the internet wherever you are. 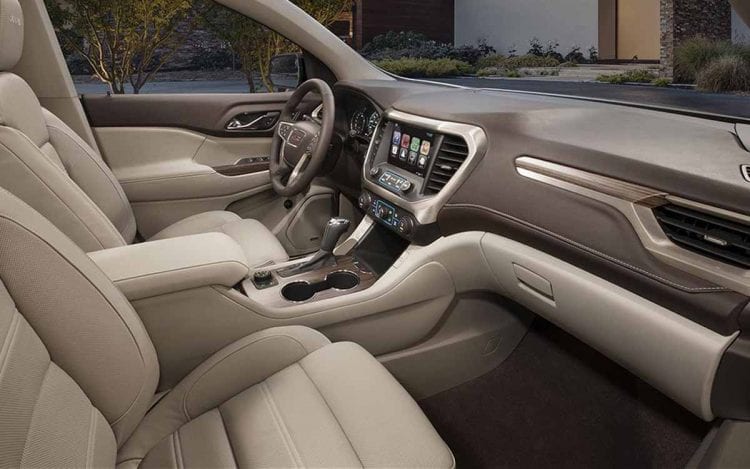 A 360-degree camera is now fitted to the Acadia as is a system which can automatically brake should it detect a pedestrian is in front of your car and you don’t react in time to stop it. It will interfere at the very last moment stopping your vehicle and possibly saving a life.

If it was our own money, we would take a long look at the Acadia and even take it for a drive. Sure it sacrifices some cabin space but it’s still as big as the main competitors (Honda Pilot and Ford Explorer), and not to mention it’s easily one of the most luxurious and well-rounded SUVs in the segment.

Prices start at around $29,070 for a base version which is very competitive and if you want top level of luxury and comfort that Denali trim brings then you will easily go over $44,000 and $45,000.