In order to establish themselves as a true executive car maker, Hyundai decided to release the Genesis brand under its wing. However, this also meant that the Hyundai Genesis has been discontinued and in its place, the Genesis G80 has been released. Even though the name is all new, the G80 is basically identical to the car released for the 2015 model year. As a result, we are getting identical chassis, roughly the same engine lineup and the same interior. The price for the US market hasn’t been released just yet. However, it is safe to assume that it will be priced similarly to the previous Genesis which started at roughly $40,000. 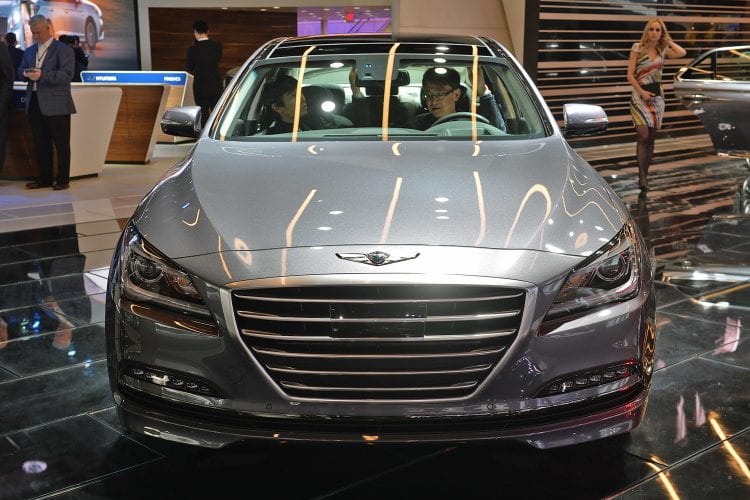 Like many of its rivals in luxury sedan segment, the new G80 is based on a rear wheel drive platform which is actually quite well balanced. It offers a good amount of comfort and good driving characteristics without having any major flaws. The only real drawback here could be the weight which is definitely higher than of the competition. However, considering the price and the great driving experience, we have no doubt that the G80 will manage to position itself as one of the top offers in the segment. The car should become available for sale in the US in the upcoming months in two different versions.

While in Korea there are three different engines to choose from, the US 2017 Genesis G80 will get just two powerplant options, at least for now. The base car will receive the 3.8-liter naturally aspirated V6 which is good for 311 horsepower and 293 lb-ft of torque. Further up the range, the 5.0-liter Tau V8 will also be available. This one will offer 420 horsepower and 383 lb-ft of torque. Even though these engines are less powerful than what we can get from rivals, both of them feel more alive. This makes the car feel and drive better than some more powerful and more expensive competitors which has been a strong selling point in the past.

These two units will be available with the old eight-speed automatic which will drive the rear wheels as standard. The V6 will also provide the chance of getting an optional all-wheel drive system which will appeal to the customers looking to use their cars in diverse weather conditions. In the near future, the US market could also receive the 3.3-liter twin-turbocharged V6. This engine currently makes, for the Korean market, 325 horsepower and offers a similar amount of torque to the V8. This could become a great alternative thanks to its better fuel efficiency and higher torque output. 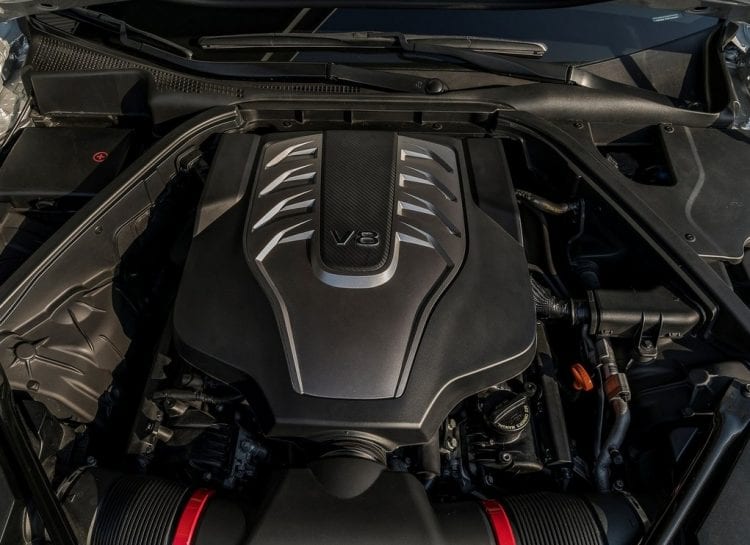 Even though the 2017 Genesis G80 is basically a new car bearing a new badge, it is not a new model. Like we said, the car looks pretty much identical to the previously available Hyundai Genesis. It comes with the same massive front grille and stretched headlights which give it sort of an Audi-feel. This is not exactly a bad thing as it does impress a lot more than its predecessor. The back is also pretty much identical, but the bumper seems to have a slightly different lip which houses a new exhaust system. 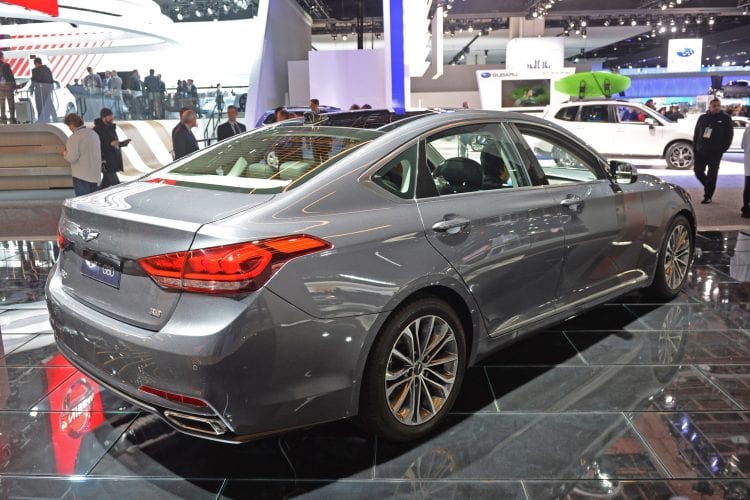 It is quite clear that Hyundai worked a lot on the interior of the original model. They took some design cues from European competitors like Mercedes, BMW or Audi, and the end result is fantastic for this price range. The center stack is quite wide, but in the same time, it’s not cluttered. This nice contrast is completed by the great usability of the infotainment system and climate control unit which are both operated via well positioned and intuitive buttons. One of the only drawbacks wee see inside the cabin of the Genesis G80 is the steering wheel which doesn’t look great in comparison with the rest of the cabin, but this is something that could be easily upgraded. 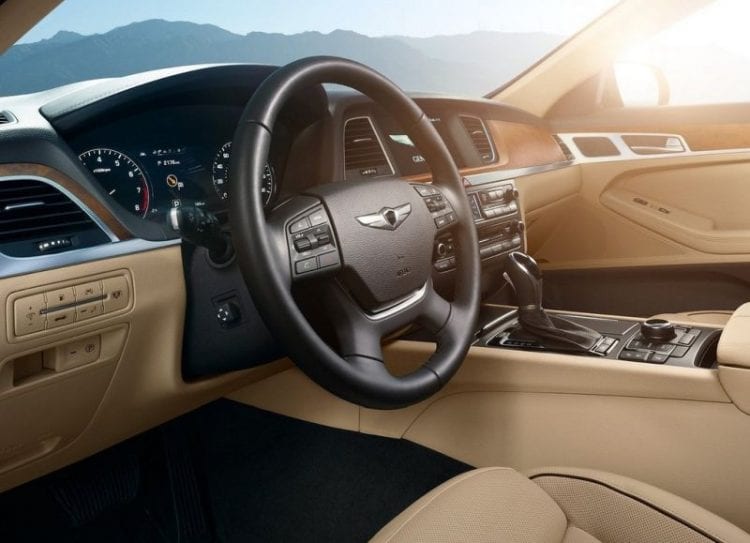