Back in April 2015, the new Taurus has been revealed at the Shanghai Auto Show. Ford then announced that the car would only be sold on the Chinese market which comes a bit like an odd choice. They said that the US market no longer has a place for a car this large. However, it seems that this is simply not true. In fact, there are some strong indications and rumors out there suggesting that the 2017 Ford Taurus might also hit the US market. It would be slightly different from the Chinese model, though, and the car would come with a few changes.

The interesting part is that the car might not be built in the US. Instead, it would be made in China and the exported to the US market nearly complete. Here it should get the finishing touches, but most of the work would be done in China facility. Doing this the production cost might be lower than if it would be built in the US. The price is still unknown up to this point, and there is no word on the models that will be available here.

What we could hear for now suggest that we could expect to see the prices starting from slightly above $27,000. Some say though that the car will come not only as a replacement for the older model, but it should also come as a massive upgrade.

The new 2017 Ford Taurus is going to use the same CD4 platform that is being utilized by the Fusion. This still is front wheel drive, but it is a lot lighter than before, and it can also be equipped with all-wheel drive system on the most powerful SHO trim level. The new lighter platform will mean that the Taurus will become more athletic, more efficient and more comfortable.

Its cabin is expected to be nearly identical to that of the Chinese model with a couple of differences. The front seats are supposed to be quite similar to those found on the all new Continental. On top of that, the back seats are upgraded, and there will be more legroom. There should still be plenty for even the largest people, but the reclining rear seats are not going to be available for the US market.

The businessman-look of the Chinese model, on the other hand, might not be carried over to the US version of the car. This is mostly because buyers in the US look for a more aggressive car and the new Taurus simply isn’t good enough. The main goal of Chinese and US markets for this vehicle are slightly different and because of that, we expect to see more changes before the car comes to these shores.

While the basic proportions should be roughly the same, the car will get a new front end, likely a more aggressive rear and it might even get a sloped roof. All of these will make it the sportier version of the Fusion in a similar way to what the CC is to the Passat, and we saw that VW had a decent amount of success with their vehicle. 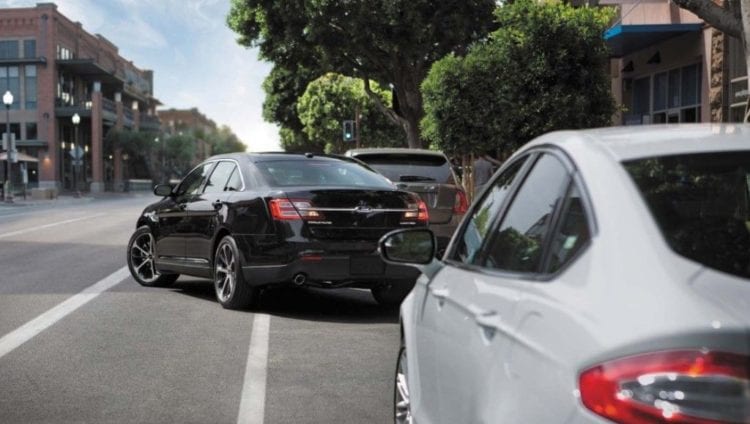 Ford Taurus 2017 Under the Hood

Both of these will likely come equipped as standard with an all-new nine-speed automatic, and both of them should use a similar amount of fuel with the larger and more powerful version to lose few points here.

A rumored high-performance version of the Taurus would compete with cars like the BMW 4 Series or the Audi A5, and it would come with a rather impressive powertrain. This is expected to use a 3.5-liter twin-turbocharged EcoBoost V6 with up to 365 horsepower and 350 lb-ft of torque. A different automatic transmission is supposed to be used with this engine. Also, the car might receive the same all-wheel-drive system as the Focus RS when equipped with the V6.

This system will send most of the torque to the rear wheels for a more dynamic experience. Another rumor we could hear about the 2017 Ford Taurus is that the higher output 3.5-liter EcoBoost V6 could be offered and that it could come with more than 400 hp and 400 lb-ft of torque. Take this with a pinch of salt as there are no official confirmations about this one.

Read about history of one of best versions of F-150 truck: Ford Atlas.