While the Ranger has been missing from the US market since 2012, it has been a constant appearance on the International markets with the current model being released back in 2010. In order to keep it up to date, Ford even announced and presented a large update to the car with the new 2016 model which gave it a new look, improved engines, and a better interior.

Read more about this car to give you the best review that you may consider.

One of the main reasons why we are writing about the 2017 Ford Ranger Wildtrak Jet Black is the fact that Ranger is coming back to the US and that this model could be one of the best choices for those that want more refinement in this segment. Until recently, most trucks were used only as working horses, but last few years, and maybe even slightly before that, we could see people wanting their pickups to come equipped with all sorts of features that we are usually getting in standard passenger cars. If you are one of those customers that want more luxury you should definitely check out the 2017 Ford Ranger Wildtrak Jet Black. 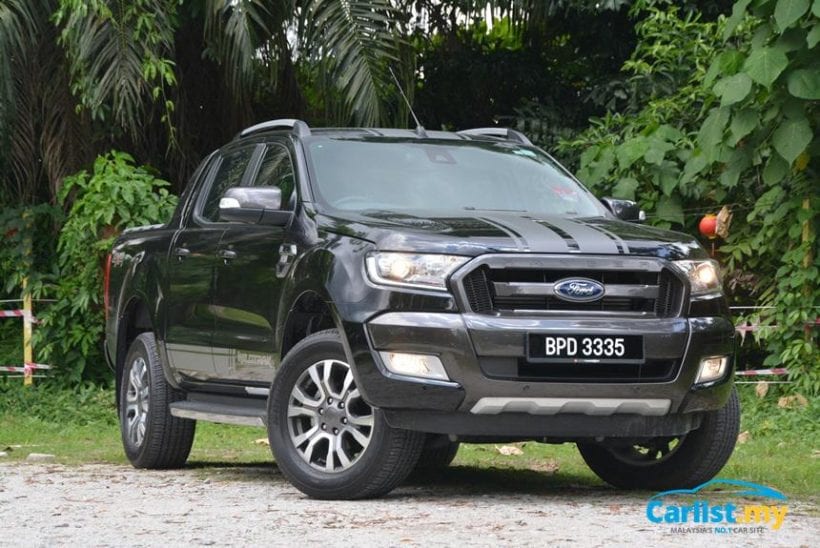 This trend started with Ranger T6 that was delivered in 2012, and it all paid out quite nicely for the Blue Oval company. Most buyers are getting XLT trim. If you want even more, if you want to be different in a sea of vehicles you can opt for the limited edition and upgrades that Jet Black moniker brings.

Black Pain on this Ranger in combination with racing stripes that go down its center make it look more aggressive. Other than that we do not get any more special features here but trust us, these offered are enough to make the vehicle a lot more appealing than before. Interior upgrades are not abundant also, but we have to praise Ford for their updated Sync 3 infotainment system. Big display dominates center console and allows you to access all those needed features. The multifunctional wheel is here while behind it, you have LCD’s that are bordering centrally placed speedometer.

One of the things that many buyers might not like is the fact that the 2017 Ford Ranger Wildtrak Jet Black comes available only with larger 3.2-liter five cylinder engine. We really have no complaints on this machine as it is very smooth and power delivery is great but the thing is that most people are quite satisfied with what smaller 2.2-liter four provides.

Unlike the pre-facelift model, the new one is actually expected to return to the U.S. market with the 2017 Ford Ranger model. This would be the first time after half a decade that the truck would be available here. This is currently a rumor that we received from one of our sources and falls nicely into already announced and semi-executed plans of Ford to offer the same lineup of vehicles in all markets. 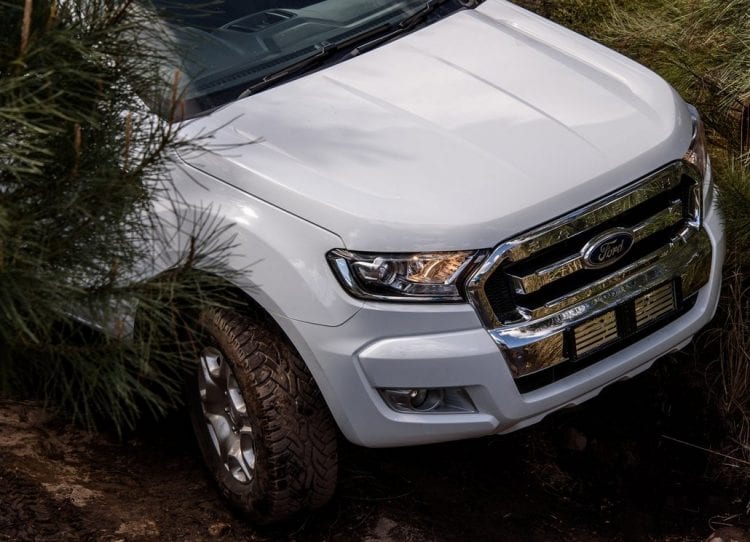 Like with most other cars sold in the US, the Ranger might also go through quite a few changes to meet the demands of the US customers and to be able to compete with the new GM products which are currently dominating the market. Some rumors even suggest that the release of the Ranger to the US customers is going to be quite explosive as Ford is preparing a high-performance version to boost the truck’s sales. The release date is, unfortunately, unknown at this point, but expect the base model at under $20,000 while a fully-fledged version might get near $40,000. 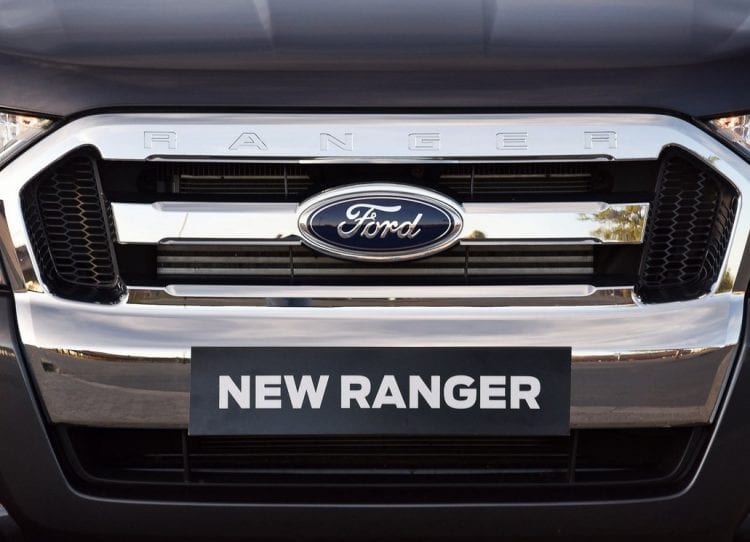 The rumored high-performance version of the Ranger would make use of a 3.5 liter twin-turbocharged V6 EcoBoost, which happens to be the same found in the Raptor. However, this would be tuned to produce closer to 400 horsepower and 400 lb-ft of torque which would still be at least 100 horsepower more than its closest competitor. The regular versions of the Ford Ranger will likely be fitted with either a 2.0-liter Eco-Boost with 245 horsepower for the base versions or with a larger 2.3-liter unit with 300 horsepower. Both of these will be more efficient and powerful than their direct competitors giving the edge to Ford and possibility to attract more buyers. A 10 speed automatic is expected to be used on the higher end models while the base trucks will come as standard with a manual or auto with a lower number of gears.

Are you looking for the best mechanic guides and tools for car repair or garage? Go to mechanicguides.com 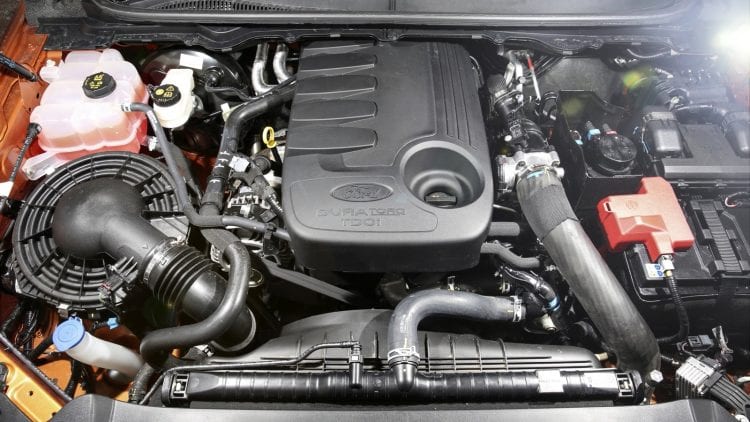 Here is a video of 2016 Model Ranger capabilities:

To fit Ford’s current roster of cars, the design of the upcoming Ford Ranger 2017 might also change quite a bit over that of the International version. The grille might take a lot more from the F-150 than before, and the truck may receive a more angular and muscular design which would indeed receive a lot of praise here. Inside the cabin, we expect slightly better materials for the higher end versions, but the most basic Ranger will likely get little to no equipment to make it fit for a cheap and reliable workhorse.

You must read: 2018 Ford Ranger Rumors 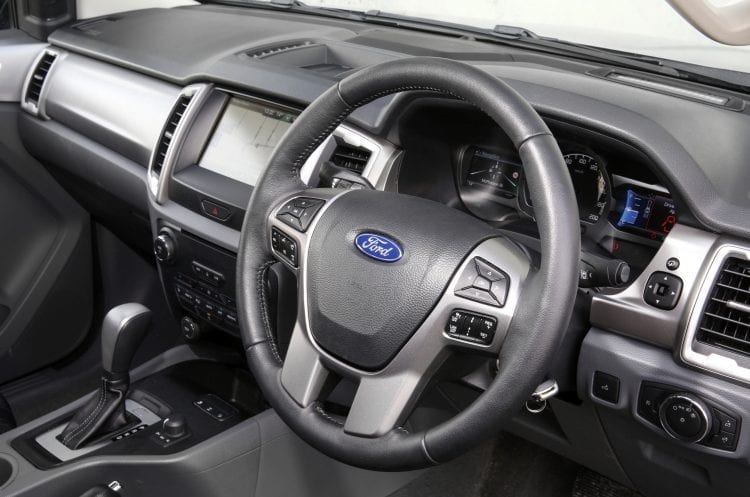 or read about new 2018 Ford Expedition 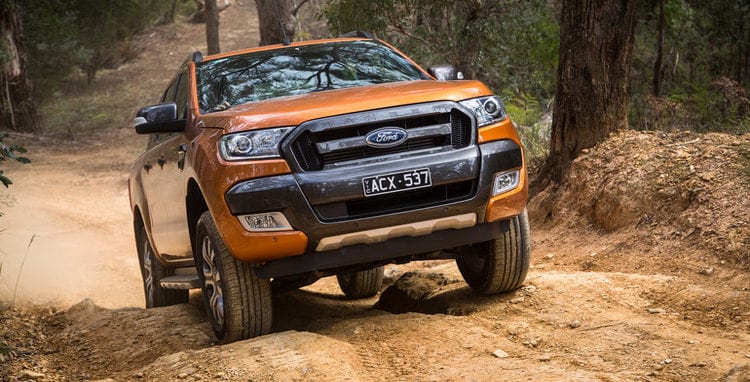 What about the 2016 Ford Wildtrack Model?

The 2016 Ford Ranger Wildtrack went on sale in the United Kingdom this January for the base price of £25,395. In Australia its price starts from A$57,390. It is available in these colors like ones from claspauto.com: Aurora Blue, Metropolitan Grey, Cool White, True Red, Black Mica, Pride Orange, and Aluminium Silver. The Wildtrack is powered by a 3.2L I-5 turbodiesel engine producing 197 horsepower and 347 lb-ft of torque, and 2.2L I-4 TDCi delivering 158 horsepower and 284 lb-ft of twist. It is offered with either a 6-speed manual or automatic transmission.

Don’t forget to read about New Bronco or  about Ford Atlas Concept! 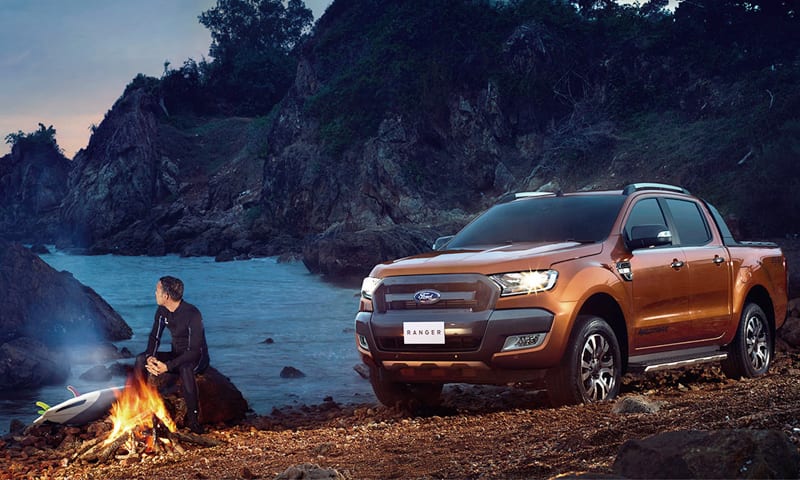