Fusion is one of the Ford’s best-selling midsize sedans that kept this company visible in the segment and certainly as one of the best options. Naturally, it needs frequent updates to stay competitive and relevant, especially with a fierce competition from Hyundai, Kia, and Toyota. This year, Ford gives the Fusion an upgraded look and a ton of cool high tech and performance features that should keep it competitive at least for a couple of years. There is a lot of new information’s about the model presented on the company’s website, so let’s try to see what they actually did in this one.

The interior of the new Fusion also carries significant upgrades that easy to notice. Specifically, the dashboard is redesigned to better fit in a more luxurious interior, which will be made using a high-quality leather and matte finish wood. The rear seats can be folded to provide more cargo space in case you need more than 16 cubic feet to transport larger and bulkier items. Also, Ford confirmed the availability of the new infotainment system, which will replace the previous generation that was of decent quality. 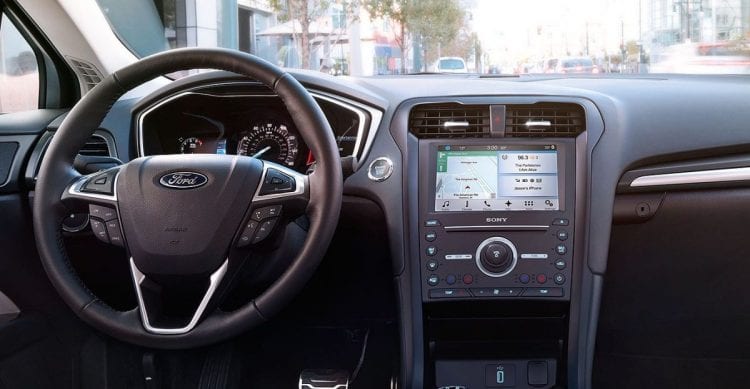 The new Fusion is equipped with spectacular laid-back headlights and the hood is made in a curved fashion to complete the look of the front end. Unlike the previous model’s design, the bumper is now painted in the body color and has been reduced in size, and its corners have more angular blades. Overall, the new Fusion seems to sit low, which has been done specifically to further emphasize its sedan appearance. Moreover, it should be noted that low setting will keep the owners from wanting to go off-road. Just like the previous version we have a grille that reminds us of Aston Martin vehicles which again is a great thing.

In this department, the new Fusion gets all the new things. Previously, Fusion featured four-cylinder engines but this time they are replaced with three powerful units which can meet different needs of the drivers. The first option is a 1.5-liter turbocharged engine from EcoBoost family which will be available on the SE trim and is provided with the Auto Start-Stop Technology that will help the driver to save up to 6 percent of fuel. It produces 181 horsepower and 185 lb-ft of torque. A standard six-speed automatic transmission with steering wheel installed paddle shifters is also available for this engine.

According to the company’s website, the second engine used in new Fusion is the 2.0-liter EcoBoost, capable of producing 240 horsepower and 231 lb-ft of torque. Ford says this engine is a choice for drivers who like more power and speed. It will be installed on the Titanium and Platinum trims and combined with the same transmission as in SE trim but also added with all-wheel drive option. The third engine available in Ford Fusion is a 2.7-liter Eco-boost V6 we could see in Mustang, capable of producing as much as 325 horsepower and 350 lb-ft of torque. It is also available with AWD option and delivers an impressive performance. It will be installed in the Fusion Sport model exclusively representing the biggest change in the lineup. 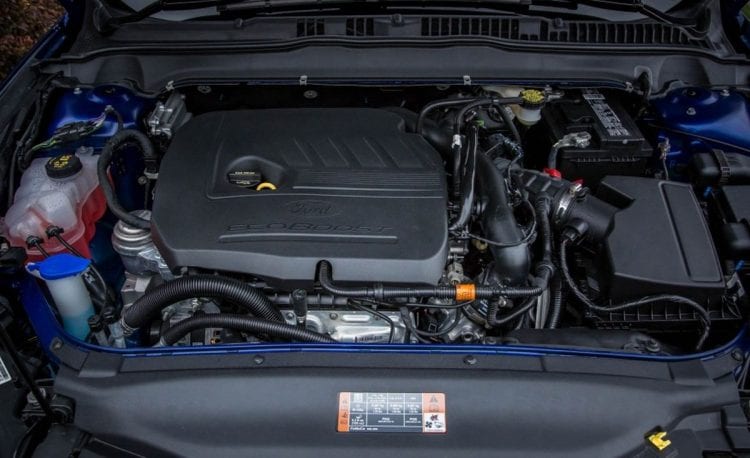 2017 Ford Fusion will be delivered with hybrid powertrains again, which shows the company’s effort to stay relevant in all segments. According to Ford’s website, Energi model is equipped with a 2.0-liter 4-cylinder powertrain that produces 141 horsepower and 129 lb-ft of torque. As for the second engine, Ford proposes an 88 kW electric motor combined with 7.6 kWh lithium-ion batteries. It is capable of taking the vehicle up to 19 miles on one charge and the full range was estimated at 500 miles when the driver uses both powertrains. The time needed for a full recharge is just 2.5 hours with the equipment provided by the manufacturer.

It is also known that this model will be paired with a CVT system and a MyFord mobile application, which could be downloaded from the manufacturer’s website. Many will say this app has nothing to do with powertrain but since it allows monitoring of the battery charge and scheduling recharging to extend the range to the maximum it is quite useful. Very convenient and modern feature which can even determine the optimal time to charge the battery at the lowest power prices and allow you to even further save.

The second hybrid in the lineup is the one that will use a similar setup like plug-in Energi hybrid only with smaller capacity battery. Again it will be able to use electric power only for few miles before gasoline engine starts. Efficiency is expected to be improved but we do not expect to see any major jumps in fuel economy.

At this time, Ford did not provide any figures on fuel consumption but it is fair to suggest that the new Fusion will be better than its predecessor. We know that company had few problems with ratings that were very hard to reach and certainly will not repeat that mistake again. As for the hybrid model, Fusion is provided with a personal efficiency coach, which becomes standard in the modern auto industry. This virtual driving coach helps to keep the driver informed about the efficiency of the car during driving, which will help to identify the most efficient mode.

The Ford has packed the Fusion with a ton of innovative and interesting features that are supposed to make driving a pretty pleasant and safe experience. First and foremost, SYNC® 3 technology should be mentioned, because of its remarkable functions. It allows the driver to keep the eyes on the road by providing many features, including making calls, managing music, operating applications and similar, all with voice. This system can be installed on all trims but may require the order from the customer and upgrade. However, this upgrade is definitely worth it, because it enhances the driver’s capabilities and provides the vehicle with some additional equipment, such as an intelligently organized screen with swipe function, sophisticated voice recognition, and great navigation package. 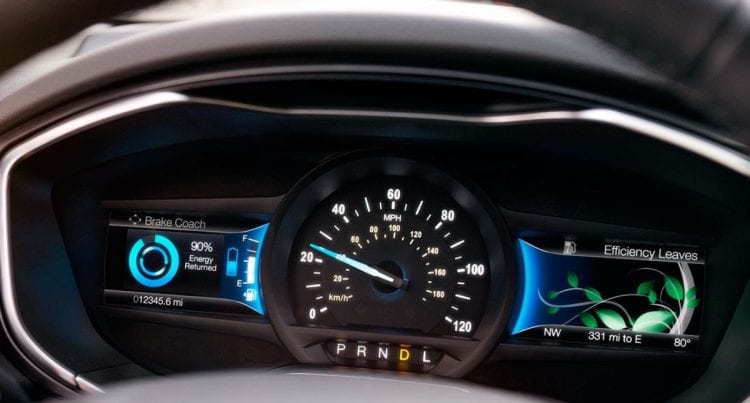 The updated Fusions will go on sale in early summer, which is right around the corner. Prices for them are already available: entry level S trim will cost $22,495 while the Platinum will go for $36,505, and the latest Sport is going to be priced at $33,360 and is scheduled to arrive a little bit later than the other models. As for Hybrid version, the Fusion will cost $25,675 for the base model and $33,120 for the plug-in hybrid in first SE Luxury trim level.

Clearly, Ford did a good job in restyling the Fusion by adding more technology, luxury, and efficiency in hybrid models. We will have to wait and see whether they propel the company to the higher sports on the market but at this time, it is fair to say that Fusion underwent a remarkable restyling.