While most manufacturers are pushing the limits of their electric vehicles, it seems that Ford is on a different path. Instead of offering a car with more than 200 miles of all-electric range, they announced that the upcoming 2017 Ford Focus Electric will only be offering 100 miles of electric range. This is quite a bit less than the competition, and we can only assume that Ford is doing this in order to keep the manufacturing costs down.

However, if the Model 3 will be offered at $35,000, the Focus Electric is likely not going to sell all that great at $30,000.
Because of that, we expect the new Focus Electric to be quite a bit cheaper than the ongoing generation. In fact, rumors suggest that the car will cost less than $26,000 before any government grants which would make it a steal even at a range of 100 miles. Obviously, you would use it mostly in the city and for shorter trips but still it is impressive and can save you a lot of money for gas that you will not spend with this EV.

But to be successful, Ford will have to do quite a bit more than just 24 miles of extra electric range over the previous generation. Rumors say that both the car’s interior and exterior will be slightly updated, and it should also offer quite a bit more equipment than before, all that at a lower price. These should make the rather uninteresting car a great buy for those looking to get a cheap way to commute, and that doesn’t look all that dull.

The extra range in the upcoming 2017 Ford Focus Electric will come from not only from a slightly larger 26 to 30 kWh battery pack but also from a smaller and more efficient 150 to 160 horsepower electric motor. This should improve the performance of the car by a notch, and the all-new battery is now going to support fast charging. Meaning that the new Focus will get around 80% of charge in less than 30 minutes which is more than enough for a car intended mostly for city commuting. The only real drawback we see here is that the car will likely not be able to provide the 100 miles of range all the time which is a problem because its main competitors will be offering double that range. 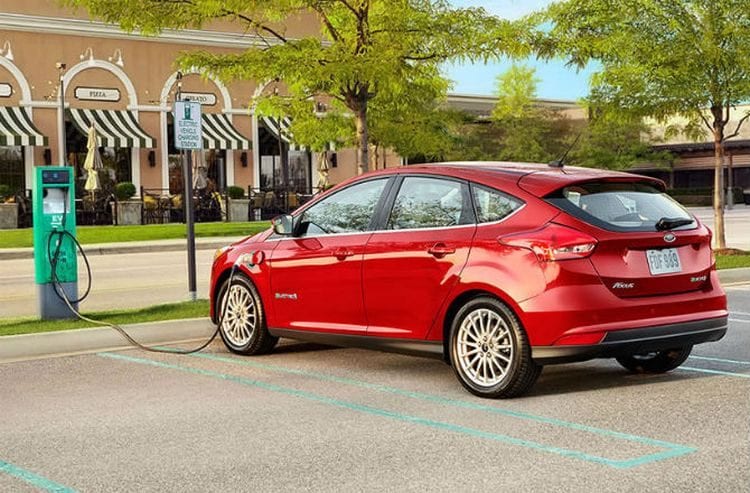 Like we said, the upcoming 2017 Ford Focus Electric is expected to offer a set of improvements inside and out such as Ford’s latest Sync Connect infotainment system which will include all the phone connectivity features currently available today. The car will also get an improved climate control system, better materials and likely a sportier and more aerodynamic look to go together with the car’s extra range and power.