Even though the Flex is more than eight years old, it still sells quite well. Why? It is one of the few cars that offer the practicality of a minivan combined with the looks of a crossover. It is quiet, efficient and powerful giving him the edge over competitors. On top of that, its looks, while not to everyone’s liking, make it a unique offering. Unfortunately, Ford will have to do something about the car. Its chassis is no longer in production on any other model, and that means it is becoming obsolete and more expensive to manufacture. Because of that, we do expect the upcoming 2017 Ford Flex to be a completely revamped car

Even though Ford is still likely going to make the ongoing generation until the end of 2016, the new model should be released before the end of this year. Reports suggest that production will start shortly after official introduction, and its price should be similar to the current Flex. 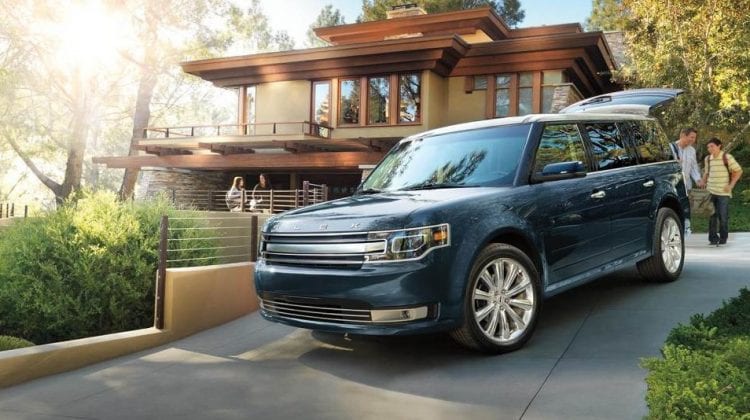 So far there is very little information about it, but rumors say that the car might be based on Ford’s CD4 platform. This transverse engine chassis also underpins the new Taurus and the Fusion. Because of that, the new Flex might get bit smaller, but with a longer wheelbase and we are sure that it will become much better.

If that is going to happen then, Ford will most likely have a winner on their hands. The longer wheelbase will allow for more space for the front and rear passengers. On top of that, the new platform will lower the overall weight of the vehicle resulting in the much lighter car. In fact, rumors suggest for more than 500 pounds of total savings. Even though this doesn’t look like much for many, it means that the upcoming 2017 Ford Flex will be more efficient, better to drive and likely faster. 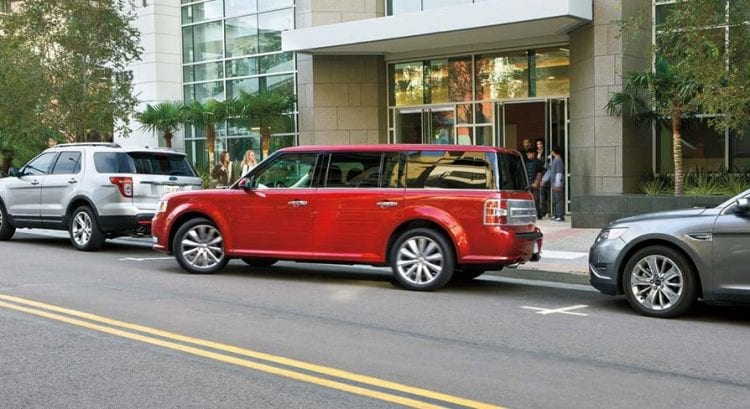 Because the car will still be more of a minivan rather than a true crossover, it will be long, wide and quite tall. The CD4 platform is not known for these features, but Ford is known for being quite innovative with what they do. Also, with the new platform, the car’s design will change dramatically. The current version of the Flex borrows heavily from the 1960s wood rich cars which were quite popular in their time. The upcoming Flex, on the other hand, is expected to depart from that design. Instead, the car should draw inspiration from the 1930 and 1940s Fords which had real curves in their design. This would certainly make a very interesting crossover that Ford should have no problem selling and taking top positions on the market with it.

With the changes on the car’s exterior, its cabin should not remain untouched. In fact, thanks to its platform which it will share with the Fusion, the two might also share some interior parts. We are pretty sure that this will happen but not sure to what extent. The rather European-look of Fusion’s dashboard should be infused to the 2017 Ford Flex, only on a larger scale. On top of that, even though the car will still offer three rows of seats, it should provide quite a bit more room across the board. 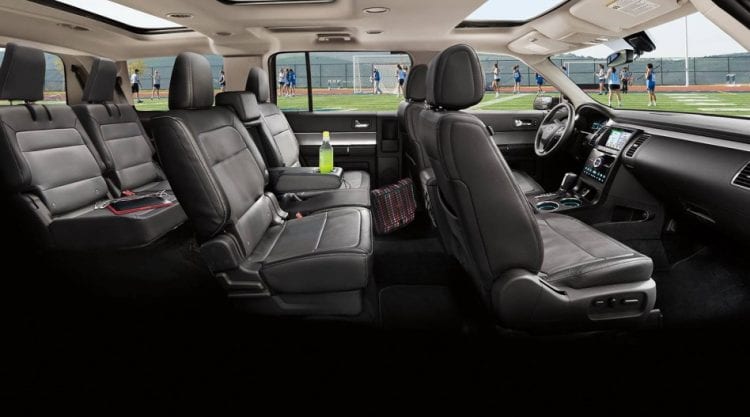 Previously the Flex used just a 3.5-liter engine while later down the road a twin-turbo version of the same engine was introduced. Because of the new platform, the new Flex will have to and will be able to do with less. Many rumors suggest that a 2.3-liter EcoBoost inline 4 with 290 horsepower and 300 lb-ft of torque will be offered as standard. 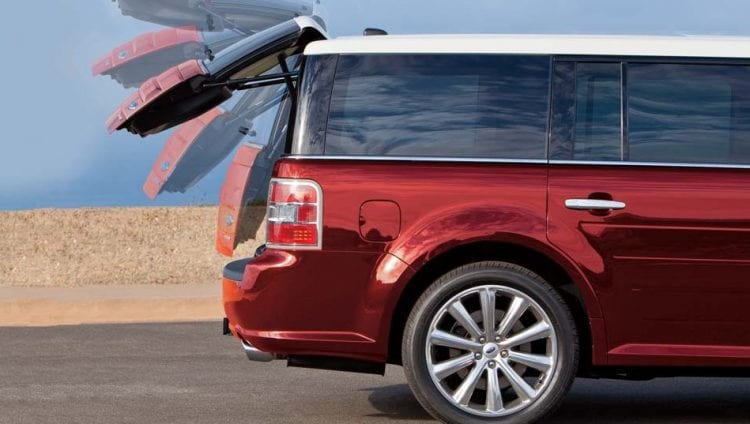 The option will consist out of a 2.7-liter twin-turbocharged V6 with as much as 325 horsepower and over 350 lb-ft of torque. Like before, the base model will be front wheel drive while the optional engine will get all-wheel drive as standard. The transmission should change from a 6 to a much smoother and faster nine-speed automatic as well.

While we wait for the new 2017 Ford Flex take a look at the previous version in action.