The Ford Motor’s is working on a new generation of its Fiesta supermini, which is getting its dynamic testing done in Germany. First Launched in 1976, Fords’ Fiesta nameplate will celebrate 40th year in 2016. Presently, the Blue Oval Fiesta is the best-selling supermini in its range in the European Union for a 4th successive year and best-selling car in the UK. The latest from Ford stable, Ford Fiesta unwraps all pragmatism that you could anticipate from a car of its genre and offers an admirable riding experience.

The new-gen Ford Fiesta will hit the market in 2017 as Ford expect to bring the fresh look, with improved interior quality and latest technology in this machine .The new 2017 Ford Fiesta will utilize the Global B-car platform and is the most refined model to date and soon it will hit its seventh generation. Global B-Car platform will be a base for the development of this model allowing Ford to significantly reduce cost and to devote more attention to segments where competition had a slight advantage in previous years. Just like previous versions, we are getting it with either three or five doors in hatchback version and as a four-door sedan. The front end will incorporate the latest styling evolution of the family grille, a slightly squarer nose, and sleek headlamps. Big car features in this supermini and premium interiors would be the prime focus to improve, this is something about what Ford could hear many complaints from its customers.

Word Fiesta is derived from Spanish and means ‘Festival’, with sale figures of over 16 million units globally, it is the best-selling model from Ford Family behind Escort and Ford F-series. Dimensions of the present Fiesta is quite impressive (3969mm *1709mm*1468mm L*W*H), small, yet spacey enough. The upcoming Fiesta is expected to be larger than today’s Hatchback in terms of the overall dimensions. 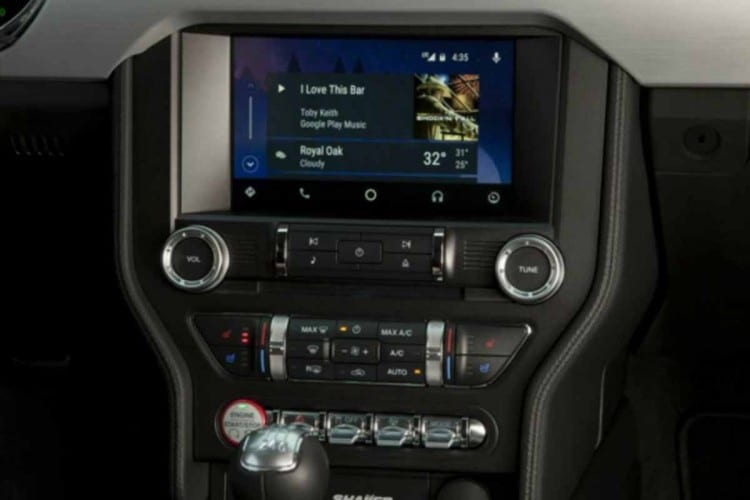 New Fiesta said to bring many changes in both Technology and Appearance of the Car. The infotainment system will be replaced by a large responsive display which will be loaded with latest SYNC® 3 software. State of the art SYNC® 3 – Technology has revolutionized infotainment system like never before and now features improved performance and assists in voice recognition, combined with touch screen and easy to comprehend GUI.

It also features enhanced music quality, Satellite Navigation, and smartphone integration. Furthermore, when linked to an iPhone, SYNC 3 renders smooth incorporation of Siri Eyes-Free Technology. Drivers can easily call for Siri’s assistance by pressing SYNC’s Push to talk steering wheel switch –similar to one do in iPhone to start Siri. SYNC® 3 is offering a secure method for users to simply and fast link their mobile devices. 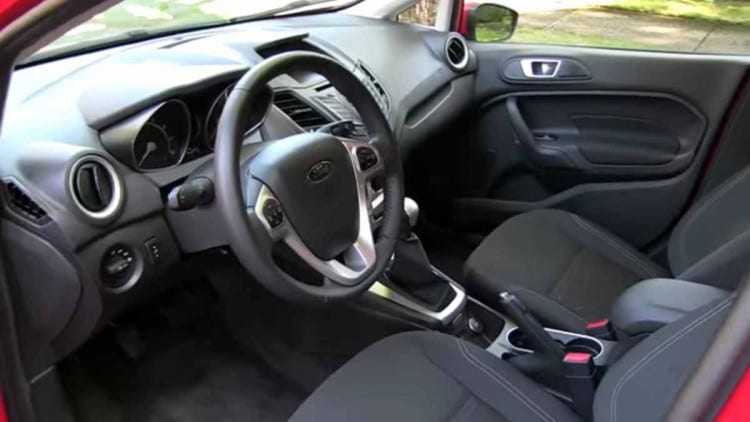 Intuitive interface- AppLink and other features

With improved integration of AppLink™ that now gives a simple way to control smartphone apps we are also getting Siri Eyes-less for Apple iPhone users, software changes are done via Wi-Fi, plus it comes with enhanced Assist for emergency dialing in case of an accident.

AppLink enables users to link mobile phone to the automobile and operate compatible apps by means of voice commands or through a touchscreen. AppLink enables you to use leading mobile applications like Pandora but It also helps to display music automatically and news applications with other relevant media –like SiriusXM. 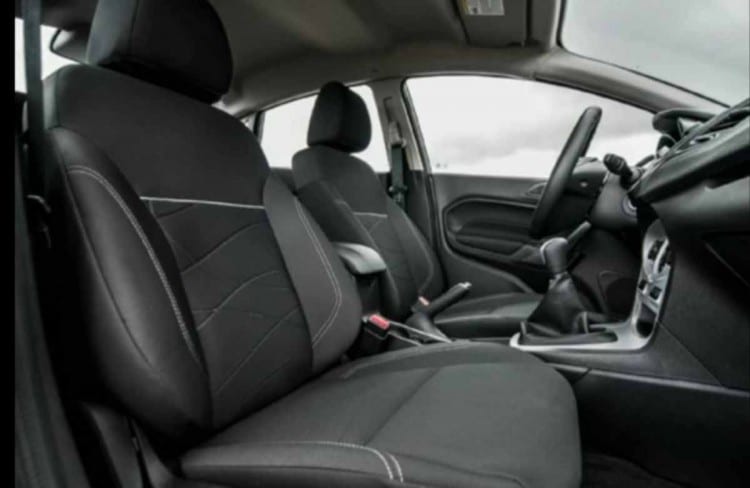 If you are looking for technology and safety features such as lane departure warning system, blind spot monitoring and traffic sign recognition you are on the right place as these are expected add-ons.

New Fiesta is bringing the up-to-date safety features offered by Ford’s stable. Cutting edge AdvanceTrac ESC system increases cars stability on all terrains, which includes ice, pebbles, and dry highways. The system achieves it using sensors that analyze vehicle steadiness 150 times per second and modifies the vehicle track by controlling one or more wheels to keep the vehicle traveling in the path intended by the car user.

The system’s yaw sensors perceive when the back tires slip out and put on the right braking force to decrease fishtailing and it could even decrease engine power if needed. 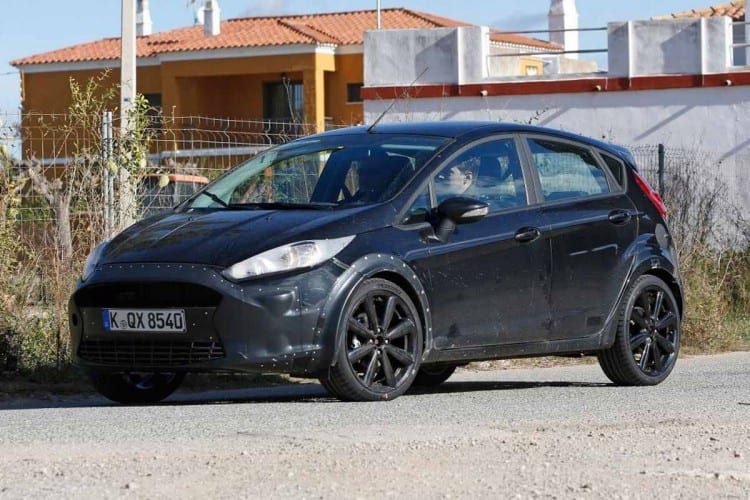 Fiesta is one airbag rich vehicle and it offers seven of those including dual stage front airbags, Driver’s Knee airbag, Front and rear side – curtain airbags. One does not need to be concerned about safety as it gets crucial safety features like Anti-lock Brake system (ABS), Electronic Brake force (EBD) distribution system, hill launch assist and rear parking sensors.

Since this Fiesta will be an upgraded model but not all-new version we do not expect to see many changes in the engine lineup. Base engine is the 1.0 liter EcoBoost turbocharged unit that is capable of producing 123 bhp and 125 lb.-ft. of torque and comes as a replacement for the 1.6 liter I4 unit. 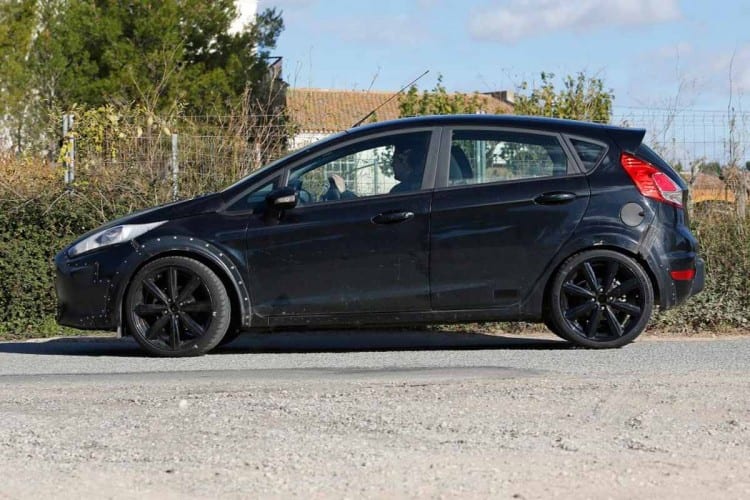 Fiesta is able to meet high fuel economy expectations as well as to offer remarkably grasping performance. The one litre Ti-VCT (Twin independent variable cam timing ) Ecoboost engine have a EPA-averaged rating of 31 mpg in city, 43 mpg on highway and 36 mpg in combined driving.

Presently the Variants offered are S Hatch and S Sedan, SE Hatch and SE Sedan, Titanium Hatch and Titanium Sedan. It has confirmed that the Sport version, i.e. the Fiesta RS will not be hitting the road in 2017. However, Ford is bringing the Fiesta ST Plus with additional HP on the go in 2017. This ST will be considerably more refined and offer a better handling.

Auto enthusiasts across the globe is clamoring for the beefed up RS model and Ford is yet to respond for the same. Thus, latest Fiesta is a must watch product from Ford Motor Company in the upcoming year. 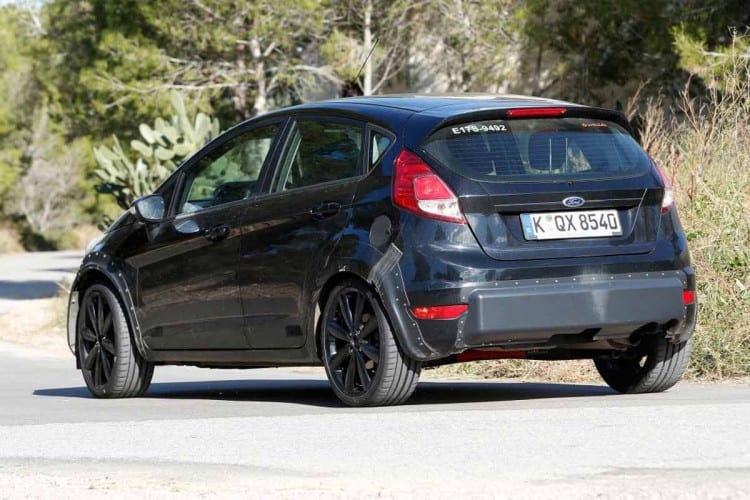 ST model will be offered with 1.6 liter I4 EcoBoost unit that according to latest reports could offer about 200 hp which is a nice increase over the currently available model with the same engine that is capable of delivering slightly above 180 hp. Fuel economy might not be the most important factor for this version but as soon as we get more details we will deliver those right here.

Key rivals for New 2017 Ford Fiesta will include the Chevrolet Sonic, Honda Fit, Toyota Yaris, Volkswagen Polo and Vauxhall Corsa in various markets. To be competitive in subcompact car segment Ford will need to keep it priced similarly to previous year model.

As a result, we expect to see base sedan version offered for less than $15,000 while the hatchback is priced at few hundred dollars more. Those drivers that want their supermini with 200 hp unit will need to give about $21,500 which is still a good option when compared to other entries in this market.