Ford’s all-new Super Duty series has been revealed in the late 2015 but only recently it became available for sale. The 2017 Ford F-350 is the first one to be released by Ford and what we could see by now it looks very promising. They just announced the pricing for their new mid-range heavy duty truck and we are not that impressed. While the base models are around $500 more expensive than before, the high-end versions are more than $4,500 more expensive which is not that great for the consumers. Sure, the trucks do come with more features, but the jump is just too high for many. The good part is that the new F-350 is a better truck in pretty much every way, and it is well worth the money, even though it is more expensive. The question is if the customers will see it like that.

For starters, the chassis of the truck has been completely revised. While it still bears a resemblance to the older models, it has been strengthened quite a bit. The axles are larger and more durable, the chassis has been made out of high strength steel while the suspension is beefier. Military grade aluminum is used for some parts, and this is certainly good for the customer. With all of that, you would expect a massive weight gain. However, the new F-350 is in fact around 300 pounds, on average, lighter than the older model. This has been achieved by an all-new aluminum body and with upgrades we already mentioned.

Ford somehow managed to perfect the process first released on the F-150 and thanks to that; the price didn’t take such a large hit. The new 2017 Ford F-350 does have the same cabin as the smaller F-150. Only a few bits and pieces have been changed so it would offer more durable setup since we know that it will be used for toughest jobs. Looking further at the body we can notice that the front end and the bed are unique for this model. Also, some people were concerned that a heavy duty truck wouldn’t handle the rough workloads it usually has to do because of the usage of new materials. The interesting part though is that aluminum is more durable when it comes to harsh conditions time, and it doesn’t rust, so it is better suited for many people out there. 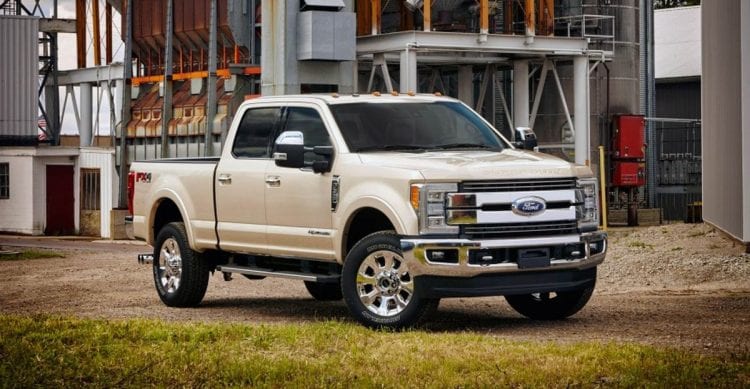 On top of the new chassis and aluminum body, the F-350 also gets a lot of new technologies. While the base trucks are quite basic, the more expensive models are very impressive. Ford is offering with many of their models a 360-degree camera system which uses no less than seven different cameras. This also aids with trailer parking, and it does allow for Ford’s automatic trailer steering system which is really impressive. Thanks to the upgraded chassis, the truck has also been rated to tow a lot more than before. Unfortunately, the final numbers are still not out just yet but some say that over 25,000 pounds might be possible with a rear wheel drive dually setup and with the right equipment.

What you know about history of For Atlas?

One of the least interesting facts about the all-new 2017 Ford F-350 is its engines. The truck gets the same basic units found in the previous models. Luckily, Ford said that these would be offered for only a couple of years before being replaced by something better. Until then people will have two choices. The base trucks, including some specific models, will get the naturally aspirated 6.2-liter V8 petrol engine. This powerplant pumps 385 horsepower and 405 lb-ft of torque and as an addition to the older model, it will be able to run on CNG. Nearly a $9,000 option will be the 6.7-liter turbocharged V8 diesel. This PowerStroke unit will continue to offer 440 horsepower and 860 lb-ft of torque which makes it among the most powerful engines ever fitted to such a truck. The older six-speed automatic is also present. We still hope that in the near future Ford will be offering their all new ten speed automatic we were able to see announced for few vehicles in the lineup. However, this has not yet been confirmed up to this point. We are quite sure though that an EcoBoost version of the truck might be released sooner than expected and pretty much the only engine from EcoBoost lineup that would be able to satisfy power needs of the truck like this one is the 3.5-liter V6 unit. 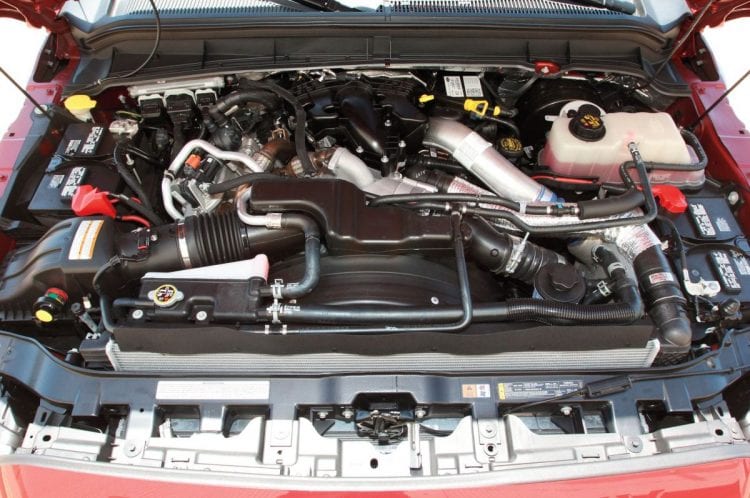