Even though it was released back in 2006, the Expedition is still one of the better full-size crossovers on the market. However, because it is a decade old, rumors about a new version started to appear ever since 2013. These rumors then began to add a lot more information’s when the all-new F-150 has been released. The interesting part is that most of them seem to be true. Even though Ford still hasn’t released anything official about it, camouflaged models have been spied testing a while ago. Like many rumors suggested, the car is still using the same chassis as the F-150, and it seems to be using a similar design scheme as well. We know that Ford invested a lot into the development of this new chassis, and they will certainly want to exploit it to maximum, but the design is something we are not so sure that will be that similar to what truck offers.

In fact, the car that was spotted and looked like the F-150 is more than likely just a development mule. The production version of the 2017 Ford Expedition should get its unique design. This should offer an all-new experience inside and out to make people like it more than its rivals. While in the past this was not a problem, it became more important recently because all of its competitors have been hugely updated over their trucks counterparts. One thing about the upcoming Expedition which should not change is going to be the price. The car should still cost around $47,000 to $50,000 for a base model which is more than reasonable for SUV that brings great luxury and a decent amount of high-tech features. Latest reports suggest that the starting XLT trim will receive a sticker with $46,225.

The largest expected change for the 2017 Ford Expedition has been announced for the chassis and body the car is going to use. Ever since 2014 rumors said that an aluminum body is going to be installed. Well, these rumors are true, and the Expedition will follow the same path as the F-150. This is great news for pretty much anyone looking to buy one. The aluminum body will save quite a bit of weight that will improve handling, performances, and efficiency. Also, it will be more durable and weather and years will not affect it as much since it will not rust while the new high strength steel chassis should add more rigidity to it. The Expedition’s running gear comes also updated with new suspension components as well as larger brakes and likely a more controlled ride.

As we said above, we truly do think that its design is still under development. Instead of getting the same front end as the F-150 we would expect an evolution of the current looks. Design cues from the truck will be present here and will influence the final looks, but still, 2017 Ford Expedition will bring his own design. This should allow Ford to keep a well-known design trait which will make people instantly recognize the car. Its cabin, on the other hand, is expected to be completely revamped. This is not only going to feature the latest technologies from Ford, but it should also be more comfortable and quite a bit roomier. New materials are going to be used throughout while a new driving position will make it a great vehicle for basically anyone. 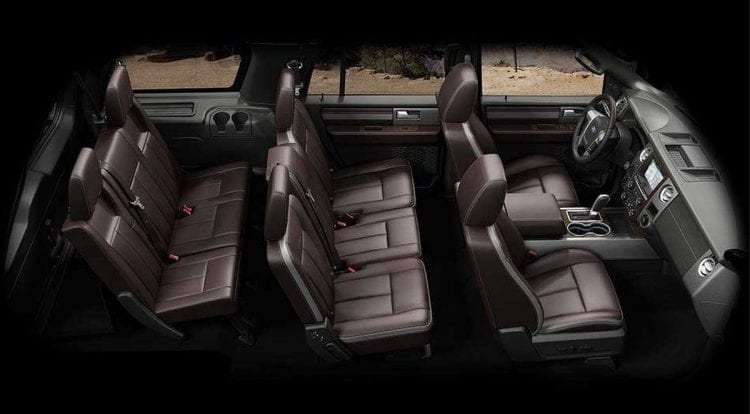 Like before, the upcoming 2017 Ford Expedition is still expected to use just a single engine choice. This should allow Ford to focus on actually making the car work with its powertrain in perfect coordination. We still expect a 3.5-liter V6 unit, just like before. However, this would be part of Ford’s new EcoBoost line of engines. Same twin-turbocharging setup is coming but a new direct injection system, intake, exhaust and even engine management systems.

All of these should allow Ford to offer more than 400 horsepower and 450 lb-ft of torque. Power will be sent either to the rear or to all four wheels via a rumored ten-speed automatic transmission. This means that the Expedition will get the same powertrain as in the Raptor with a few adjustments. The towing capacity will increase over the previous model, and it is said that its fuel consumption will be improved by at least 15%. 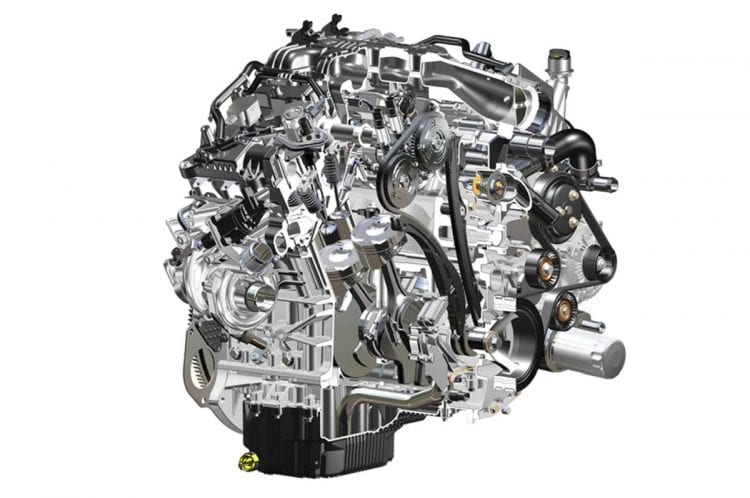