Ford Everest is essentially Ranger but with closed bed and only reserved for Asia-Pacific market as in the US it would collide with Explorer and Expedition. To make it a bit more distinctive, Ford gave it different grille and front bumper, than the one we have on Ranger, alongside with longer roof and closed booth as a replacement for cargo bed. The rear is nicely designed and incorporated into this vehicle giving it the overall nice looking posture, not intended to impress but rather to slowly go under your skin. There is something new about 2017 Ford Everest, and we are about to see what is.

There is one big novelty with this model, and that is the introduction of rear-wheel drive version, which is actually quite a game changer, and we will explain why. The only available option before was AWD with all complexity, weight and cost trading along with it. Now RWD is offered with one trim level, and that would be Trend, positioned in the middle of the trim hierarchy. 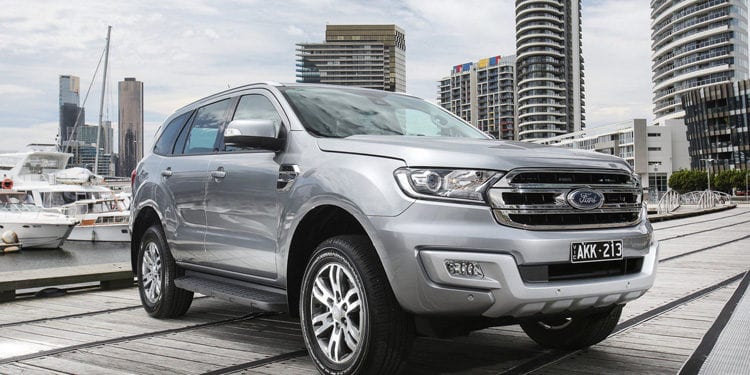 The removal of front-wheel traction took with itself a solid 98 kg or 4 percent from the previous weight and crucially 8 percent from the price tag, which translates in significant $5,000 less in Australia. All mentioned savings come from removal of the 4WD transfer case, front differential, front drive shaft, prop shafts, and of course the deletion of any in-cabin off-road gadgets, like the terrain response system and hill descent control.

The removal of 4×4 also deleted terrain response buttons, and substitution came in the form of another cup holder, though pretty small one. For the model year 2017 in both drivetrain options, it receives the latest SYNC3 infotainment software on an eight-inch touchscreen, and it is visibly improved as voice commands are more easily understood. 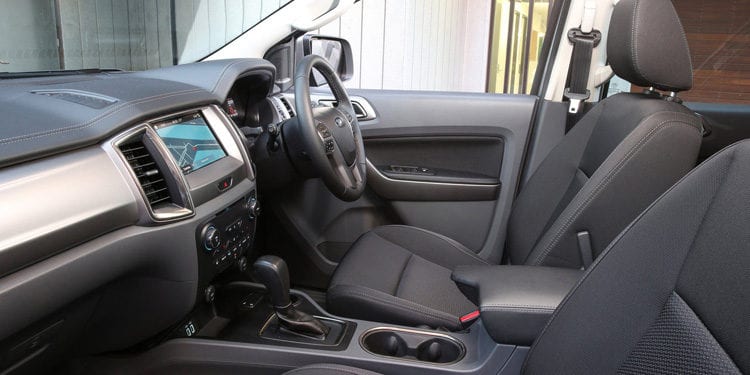 Lack of telescoping for steering wheel remains, seats are still comfortable, and you can seat seven, while cargo section continued to be praiseworthy as you can count on 450L / 1050L / 2010L depending on which row of seats still stand.

Offered engine is five-cylinder turbo diesel 3.2-litre producing 191 hp and 470Nm of torque. Diesel definitely suits this kind of family or work howler not just because of good and easy available torque, but also because of fuel consumption which in the case of ditching AWD drop to 8.4L/100km on combined cycle. 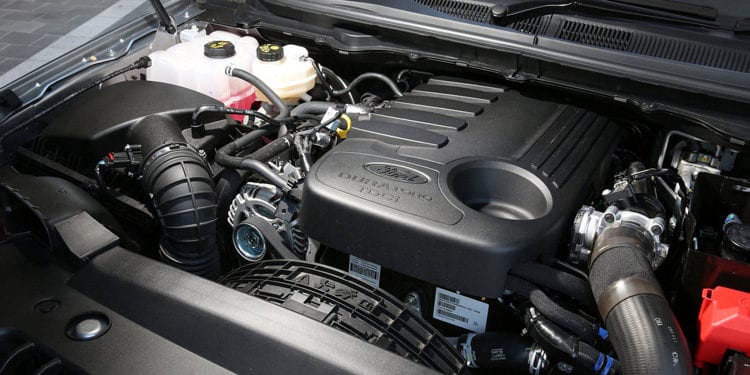 So, going for RWD, besides reducing tire and brake wear, improves fuel economy and according to Ford, you can enjoy additional 51 kilometers of driving range from the same fuel tank.

Because it is offspring of pick up truck and because it is proper SUV, count on ladder frame structure, and that makes it inferior in battle with crossovers in ride comfort section. On the plus side, it is still Ford, so it will corner willingly, it is not bouncy, and you’ll hardly make it oversteer, though some degree of body roll is present. 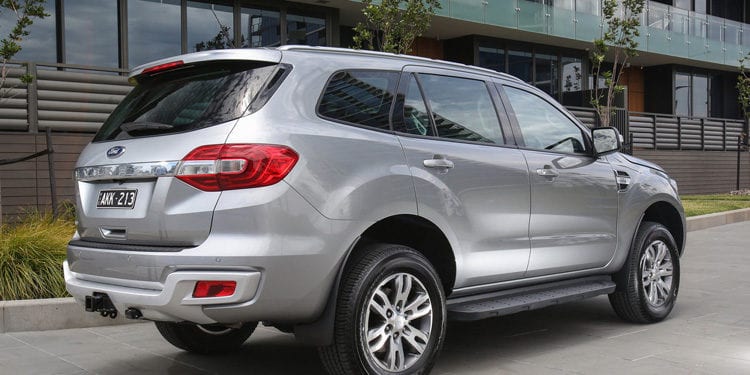 You can choose sport mode on automatic shifter, but besides letting you go into the higher revs, it won’t offer a much sportier ride. Despite losing AWD, you still have the ability to tumble through 800mm height of water; it comes with 3000 kg of towing capacity and good ground clearance of 225mm.

Everest is hard-core SUV with proper all-terrain chassis, ground clearance, and overall ruggedness, all on expenses of comfort and luxury. So, does taking AWD from it makes it lose its ground? Fear is that it could be left in “no man’s land” as it can’t compete with the comfort that we are getting from crossovers such as Mazda CX9 and also can’t pair in “go anywhere” area proper SUV’s such as Nissan Patrol. Things are not so bleak, as it may seem because there are many family oriented buyers going for something more capable than regular crossovers but are happy to avoid high price tag going along with full capabilities, which are almost never exploited. So, Everest lost its point? Yes. But it found a different one.