Ford Escape has been a hot piece in the crossover segment for quite a while now. With sales soaring on the North American market, this model remains one of the best-selling units from the company and certainly deserves such title. No wonder, the latest update of Escape was highly anticipated by customers and reviewers, and the expectations for the model were pretty high. When it was finally unveiled at this year’s LA Auto Show, the new vehicle was great and perfectly matched our expectations. A couple of new engines, sophisticated technologies, and improved exterior looks are provided in this update.

According to the automaker, the new Escape will continue to be one of the leaders in innovations in Ford’s line-up. That’s certainly true: it is equipped with the latest infotainment system SYNC Connect with a free five-year subscription, vehicle location tracking system, remote start, and many others. In terms of safety, a significant update was provided as well: active park assist, driver alert, and some others were added.

Let’s see what has been changed regarding exterior, interior, and powertrain. 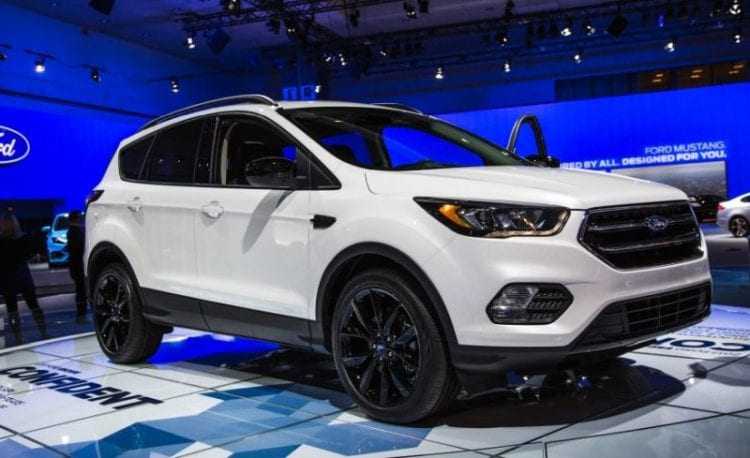 According to the manufacturer, the new Escape retains the same dimensions as the outgoing model but uses some new styling elements from the larger vehicle in the lineup, the Edge. The first look reveals that the most noticeable addition from Edge is the new grille, which is now six-sided and contains two horizontal bars that hold the brand’s marking. To provide better illumination but also to push the level of refinement, the designers provided upgraded HID headlights and LED daytime running lights, the design of which also was slightly altered to include a few sharp edges. 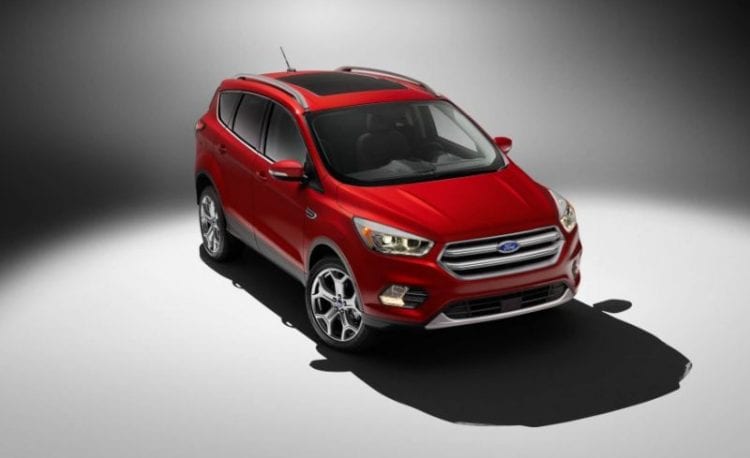 In the profile, the new Escape looks very similar to the outgoing model. The solid belt line runs along the body and goes up to the D-pillar, resembling the appearance of the previous design. Even though the Escape was not increased in terms of dimensions, it looks somewhat wider because of the hard accent line, which goes through the door handles.

The back of the vehicle also contains a couple of updates. Specifically, the rear lights were changed to blend from the side of the quarter panel onto the lift gate. Furthermore, the manufacturer offer includes the trailer hitch as an optional element to enhance the capabilities of this vehicle.

In addition to these great updates, the manufacturer brings three new color options for the body and six new wheel designs allowing a larger number of possible customizations. 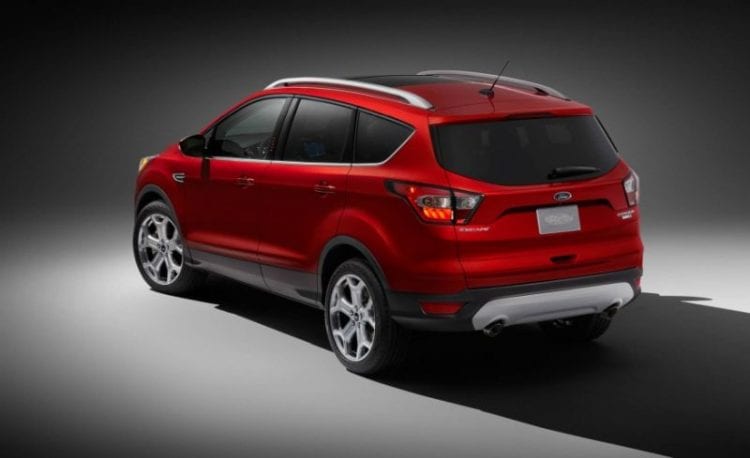 Most of the changes for the Escape are found in the cabin. Perhaps the biggest update is the entirely new dash that features new styling but still retains some classic elements of the previous unit. The center stack is home to a large touch screen display that contains the latest Ford’s infotainment system called SYNC; it offers a huge number of functions allowing you to control almost any in-car system. 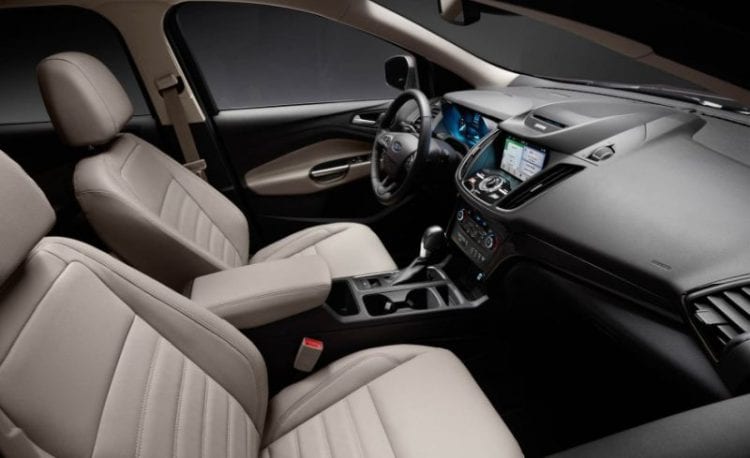 The section with the climate control knobs is located right under the infotainment system. Below that, we find different outlets, including USB and 12-volt units that allow you to connect your favorite mobile devices and recharge batteries while on the road. A decent number of storage spaces is provided throughout the cabin, including in the center console so you can safely storage your belongings.

Trunk size is enough for most customers with family but in case you need to transfer larger objects you can easily fold rear bench. According to the manufacturer, the model will give the customer a respectable amount of cargo room, which can be easily accessed thankfully to the tailgate that is opened by swiping the foot under the rear bumper. This technology is already making its way into many current crossovers, so it is good to see it in the Escape as well.

All told, the cabin is spacious, functional and stylish. 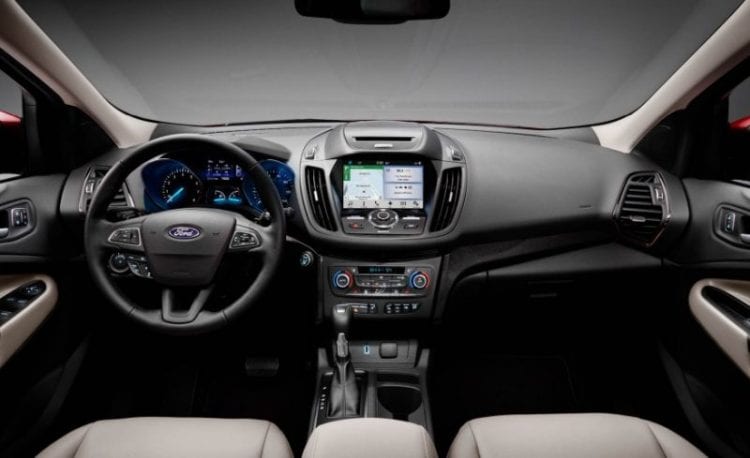 Powering the new Escape as a base option, we have the previous generation’s 2.5-liter four cylinder unit, without any changes. It is capable of producing 168 horsepower and 170 lb-ft of torque, which allows I to reach 60 miles per hour in 9.5 seconds and top at 125 miles per hour. Although the decision to leave the previous engine seems a little bit strange in the segment that changes every minute, we do not mind it because the manufacturer has brought a great number of engines to choose from.

As it was mentioned in the introduction part, the automaker has offered details about two engine options that will be used in the model. These are completely new units replacing the previous 2.0-liter and 1.6-liter units that were well-received by the customers. Now, the Escape will be equipped with 1.5-liter and 2.0-liter EcoBoost powerplants, details of the first one are still unknown. However, the reviewers suggest that the unit will generate around 180 horsepower and 185 lb-ft of torque, based on the performance of similar units in other Ford models. 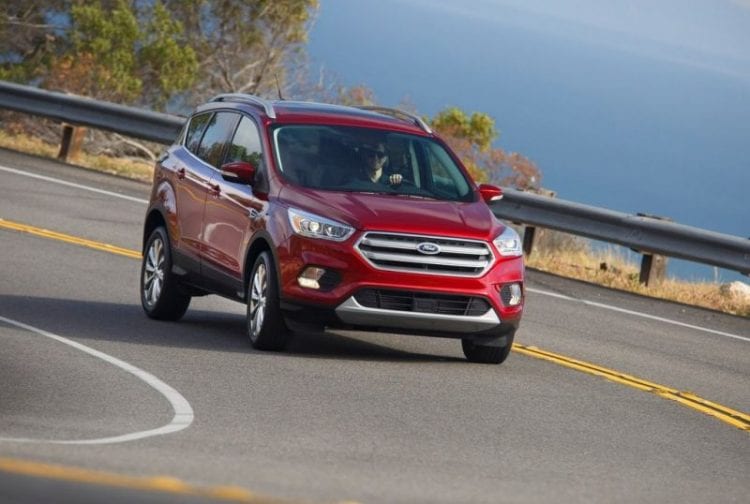 The second optional unit will be available only on two trim levels: Titanium and SE. We know a lot of characteristics: it will produce 245 horsepower and 275lb-t of torque, which is a little bit improved compared to the previous 2.0-liter version. According to the manufacturer, these new engines have higher efficiency ratings due to a higher compression ratio and integrated exhaust manifold.

All engines of Escape will be coupled with a six-speed automatic transmission, but manual control will be available for SE and Titanium trim levels that can be had with paddle shifters behind the steering wheel.

The prices for Escape tell us Ford did not change the price considerably after updating the model. Currently, its starting price for standard S configuration is about $22,950 but goes higher for other trims that are better equipped. Specifically, SE and Titanium levels will start at $24,860 and $29,245 respectively. Perhaps, the decision to keep the prices at this level is driven by the need to stay competitive because the main opponents of Escape, Honda CR-V, and Toyota RAV4, start at around $23,000 and top at $30,000 as well allowing vehicle from Ford to stay in range with other options on the market. 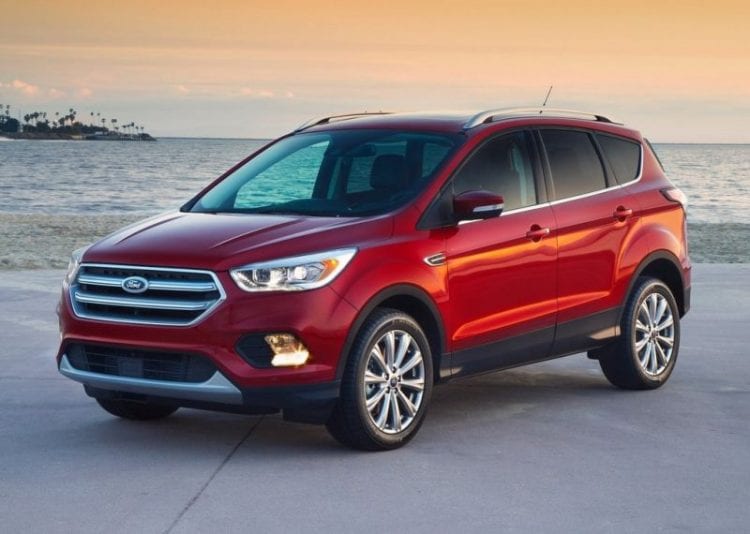 The pricing and updates will keep the model relevant in the crossover segment for at least next couple of years. We liked this update because it is fresh and provides various options for style and power, which will also be loved by customers around the world. All told, it should be successful and support Ford’s reputation on the market.