Ever since it was discontinued in 1996, we are patiently waiting for the return of Ford Bronco. In 2004 when the concept version was introduced we were closest to that, but Ford decided not to continue its development. Recent events brought new details suggesting that 2017 Ford Bronco is coming to the market.

Finally. Time has come for this iconic model to return, and even we are far from any official photos we already saw few renderings and sketches of the future model. Another one surfaced, and it is obviously closely based on the 2004 concept and to be honest we don’t mind it at all. 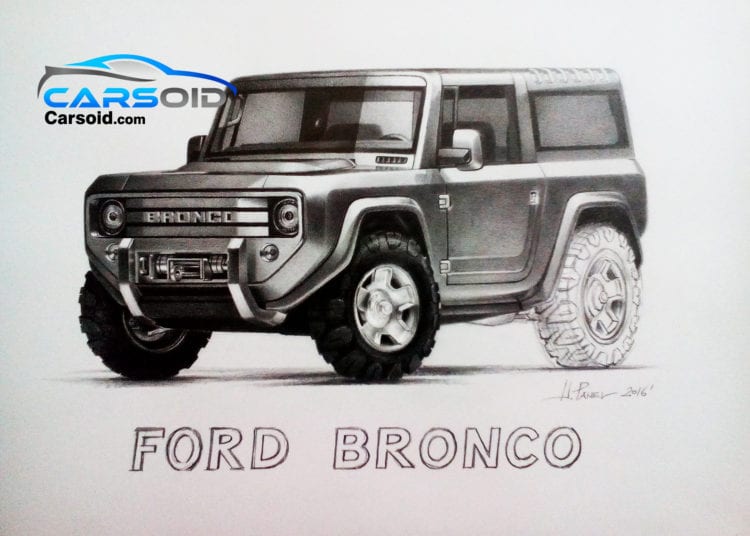 Hopefully, we will see a combination of old iconic look with the concept and new features we are getting from Ranger and F-150. Without a doubt, this is a great starting point that will allow aluminum parts to be used reducing the weight and improving performances, fuel economy, and handling capabilities. Another reason why we like the fact that already tested platform will be a base here is the possibility for a wide range of engines to be offered.

There are still things that we do not know regarding new Bronco, and these include the price. It has been speculated, and $25,000 for base version seems like the most plausible figure. Furthermore, it is not clear if this one will be a pure off-road monster or it will be toned down and a vehicle that is mostly oriented to road usage. Blue Oval company might bring both options under the 2017 Ford Bronco name and Raptor version should be a cherry on top. 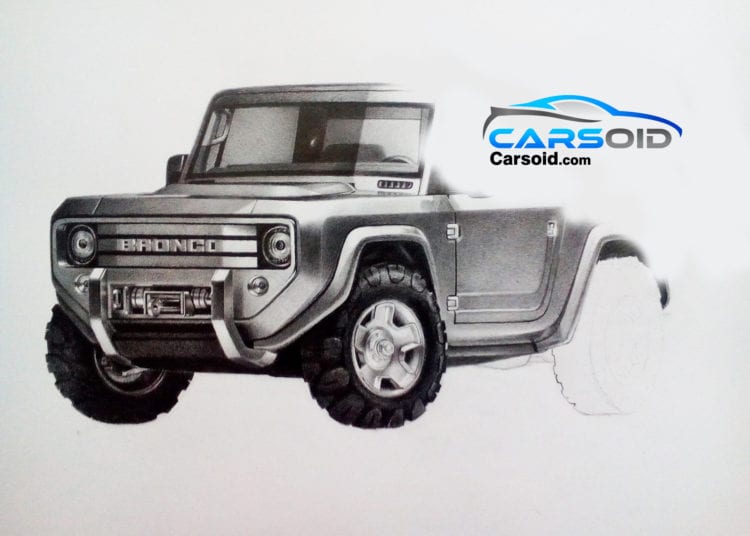 While we are waiting for additional details related to this SUV, we can only enjoy renderings and sketches. The one we have here is the work of a talented artist that wanted to share his vision of future model with us. Powerful and aggressive off-road machine is something that he has on his mind with this, and I know at least few people that would be in line to get a vehicle for themselves. So, Ford, bring something nice like this.