The rumor that made fans happy spread across the globe within days and it turns out to be true. The new 2017 Ford Bronco is coming, and Ford has been working on it for some time.

A classic Bronco-styled buggy has already been revealed by Ford Performance team. The vehicle will be driven by the Formula Drift champion, Vaughn Gittin Jr. in the 2017 King of the Hammers off-road race which is held on the Means Dry Lake in Johnson Valley, Calif.

The race is 165 miles long and with a constant mix of high-speed desert running and harsh rocky terrain it is no wonder that this annual event is considered one of the most extreme races in the world.

In February 2016, Gittin had his first Hammer race and took 10th place which none of the other rookie drivers managed to do ever. Driving his Ford Mustang RTR over the years made him improve his car control skills which were valuable on the flat section and judging from his astonishing results he was quick to surpass the boulders successfully. 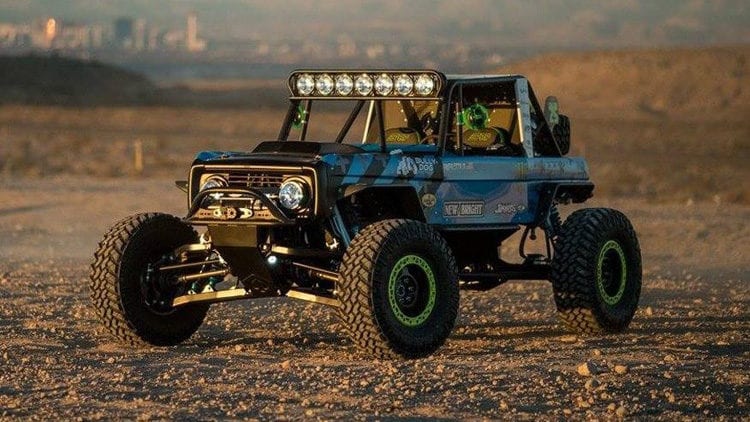 Gittin’s vehicle that will compete in February 2017 was manufactured by Colorado off-road racing specialist Jimmy’s 4×4 and has a nickname Brocky. Its tube frame is cloaked by the custom fiberglass body, and the vehicle will have 37-inch tires. The front suspension is independent and has 20-inches of wheel travel. 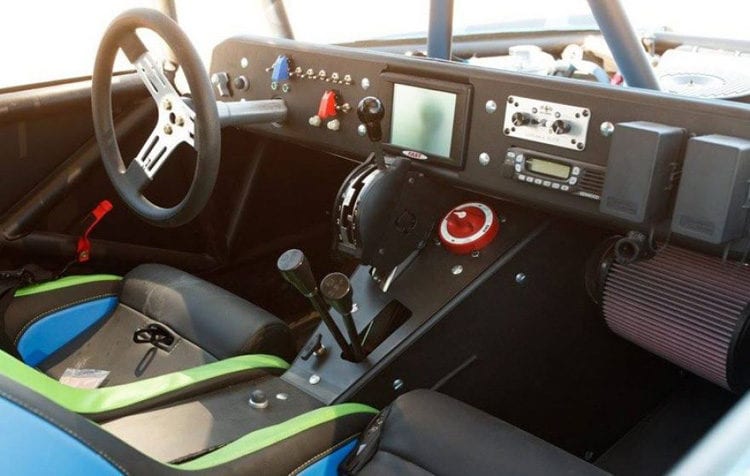 The Brocky will run on a Ford Performance 427 V8 capable of producing 600 horsepower through a three-speed automatic gearbox. When it comes to more parts under the hood, the front and rear differentials each have low and high ranges which are employed independently. This helps because Gittin can switch from one to another if he needs to get through the sand at 100 mph or increase the 100-1 rate and climb a steep hill.

It seems that making a Hammer race vehicle out of the Bronco may be a marketing trick and that Ford wants to pave the way for the 2020 all-new American-made Bronco. After all, a buggy could be built out of a vast range of vehicles and Jimmy’s know that best since they have worked with Jeep Wranglers, Chevy Silverados, and even Cadilac Escalades. For this crew, even the F-150 or Escape would not present a challenge.