Ferrari is a name that evokes respect just by mentioning. It is most respected supercar brand in the world with quite a long history and rich heritage. Company Brand Finance declared it even as the most powerful brand in the world and Ferrari 250 GTO from 1962 reached the highest price paid for the automotive vehicle in world’s history when it was sold for $38 million in 2012. We could use all this story writing just about extraordinary achievements of the brand in question, but we are not going to. We are going to pay more attention to the pretty much most important part of it. During the history, it had a habit of offering special edition models more than quite a few times and each one of those were remarkable work of art and engineering. Nothing less is 2017 Ferrari J50.

It is another special and highly limited edition by Ferrari. This supercar was revealed at the National Art Center in Tokyo during the commemoration of the 50th anniversary of Ferrari’s presence in Japan. It was created in Ferrari Special Project Department with a design developed by Ferrari Styling Centre in Maranello. 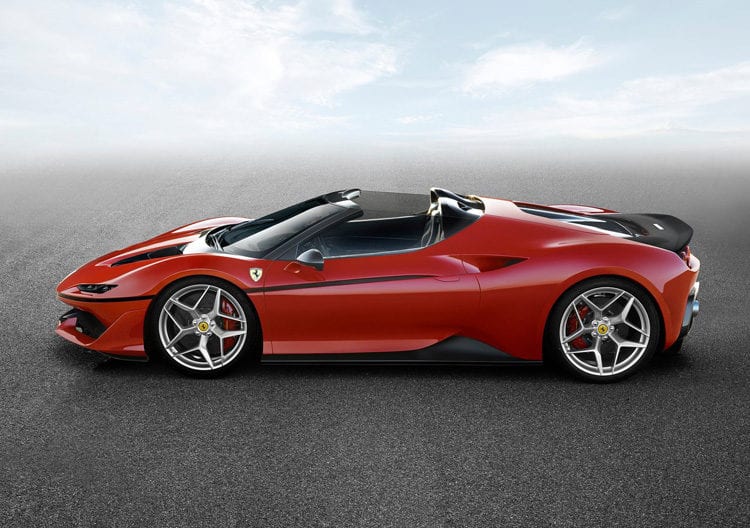 If you remember it is the same Special department that created SP12 EC, one and only, just for Eric Clapton, and one that created 458 MM Speciale, among else. Only ten J50 will be available, respecting the tradition of “Fuori Serie” and all of them are exclusively sold just in Japan. Each model is going to be specifically tailored for each buyer individually.

DESIGN IN AND OUT

2017 Ferrari J50 is basically 488 Spider with heavily redesigned looks. Emphasis is on “heavily” as you are not able to connect anything from it to its roots due to its distinctiveness. Headlights are unique and not resembling anything in the current lineup, and same goes for black line encircling hood and continuing down the side of the car. Windshield resembles styling of the visor from the helmet which was seen on legendary GTO and F40 and F50 models. 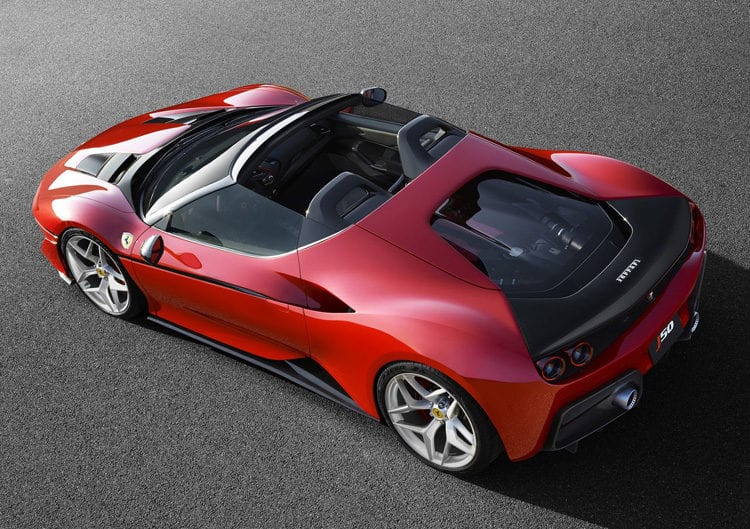 At the rear, quad taillights occupy the space of 488’s single ones to remind us that some time ago double lights at the back were common within the brand. J50 is not convertible it is Targa, so carbon fiber Targa top can be removed manually and stored behind the seats by folding it while exploiting two-piece design. Logically, 20-inch alloy wheels are also unique and reserved just for it. In the cabin, the situation is totally different. The interior is almost identical to the 488 model with some increase in Alcantara use while only the seats are unique featuring special trim which replicates the lines at the rear of the car.

Besides the looks, everything stays pretty much the same. Under the hood is known 3.9-liter twin-turbocharged V8 from 488 model but now delivering 20 hp extra and rated at incredible 690 hp, and though official figures are unknown, it will definitely be a fast roadster, especially if we know that Spider reaches 60 mph in just 3 seconds.

SHOULD YOU BUY ONE

This is a trick question. Firstly you will have to be prepared to say goodbye to around $2.5 to $3 million which is a usual price for special things for Maranello. Even if you own stated amount, the second requirement is that you have to be Japanese, and thirdly you’ll have to be an old and loyal client of Italian carmaker. 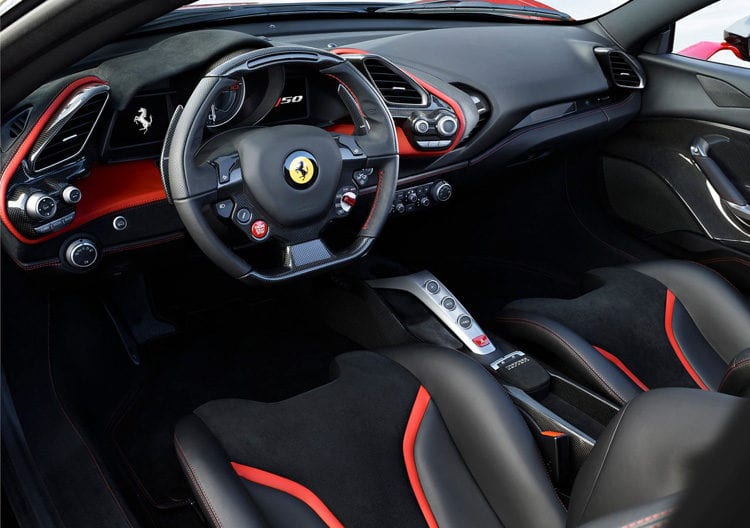 And yes, for the end you’ll have to reach a list of 10 most beloved ones in the eyes of the Ferrari in order to get in. So, 99,99% people shouldn’t buy it because they can’t anyway, but that shouldn’t stop all of us admiring this unique work of art. And the ones that can, they certainly will.