Dodge did something special in 2015. It gave us Charger SRT Hellcat, most powerful muscle car in the history with whopping 707 hp and all that in sedan shape, with all of the doors and boot. With the power of hypercars fitted in limousine form, the new margin was set, high as the sky for others. Dodge is again offering something, but since Hellcat is the model that took it to the limits 2017 Dodge Charger Daytona is supposed to be positioned below it, although it is above RT version, so it shouldn’t be sad about it. Obviously, it plays on sentiment card as it uses Daytona name in honor of 1969 coupe modified for Nascar. Just try to remember the coupe with spoiler so large that you can squeeze an elephant through it and that would be our Daytona.

It is based on R/T version, but enough bits from SRT and Scat Pack are present to make it different in a proper way. Satin Black color is reserved for the roof, trunk-lid spoiler and hood graphic with added HEMI logo. 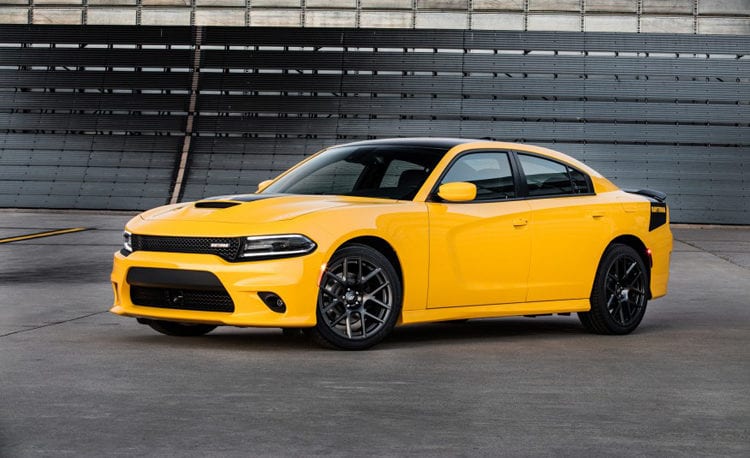 There is black stripe with Daytona letters at the tail so that you don’t forget what it represents and 20 x 9-inch Mopar aluminum rims coated in Hyper Black II with new center caps that feature Dodge stripes. 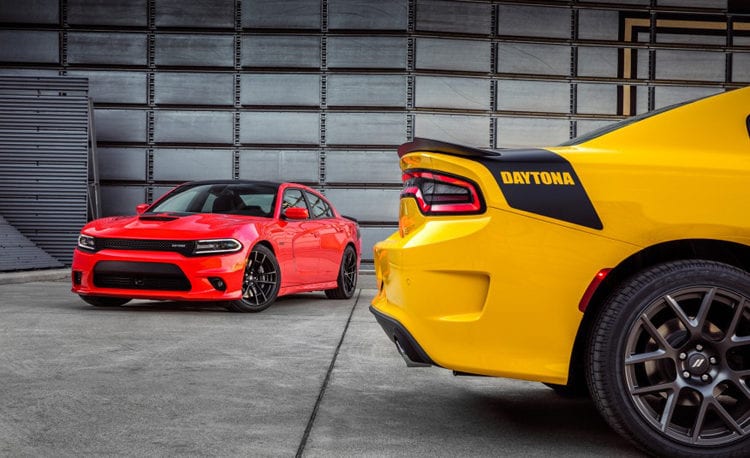 Gloss black details are also here with the sporty steering wheel and aluminum pedals. So pretty enough for everyone to understand why should you jump over R/T and settle with this. Buyers looking for extra equipment can shop the optional driver seat and steering column with memory feature, bi-function high-intensity discharge (HID) projector headlamps, LED ambient cabin lighting, ParkSense rear park assist system, and security alarm.

The engine is from R/T model, no additional power. So, monstrously big Hemi V8 with 6.4-liters provides 485 hp and 475 lb-ft of torque. If it wasn’t for wicked Cat, horsepower could be attributed with monstrously too. Don’t worry it’s not going to disappoint either, so you can expect tenth-second better acceleration than R/T’s 4.8 seconds and top speed is going to climb from 135mph to 150 mph. 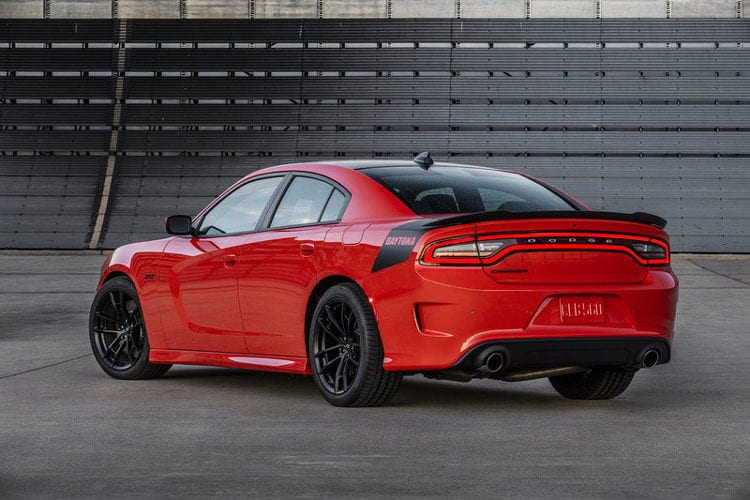 The engine is not changed but embrace for Mopar cold-air induction system with conical air filter and an all-new electronically controlled 2.75-inch active exhaust system which are present to separate it from its base. To keep everything on the safe side, we have ultra-high performance Brembo braking system with six-piston front and four-piston rear calipers.

The price tag starts from $39,890, which accounts for a $5,995 more over the standard R/T model. It carries cool factor from the legend involved in Nascar, and although is not as wild as Hellcat, it offers praiseworthy performance. Did we say it looks cool?