American muscle car industry is going through a renaissance. After many years of stagnation, the situation is changing, and demand is not slowing down while the offer is rich and interesting. Ford Mustang is leading the pack, and it even managed to surface as the best-selling sports car in the world, just like in its prime years. Chevy Camaro is following really close succeeding from time to time to outsell it in the US market, although just on a monthly basis.

Latest Corvette evolved to become proper track monster capable of beating Porsche’s 911 in lap times, allowing more Gs and grip than any muscle car ever saw before. A story about Dodge Viper is evidently slowly coming to its end, but it’ll stay carved in everyone minds as the biggest monster that rolled out from American factories. And then we are left with our Challenger, thinking about what tricks it hides upon its sleeve for proper joining in this game. 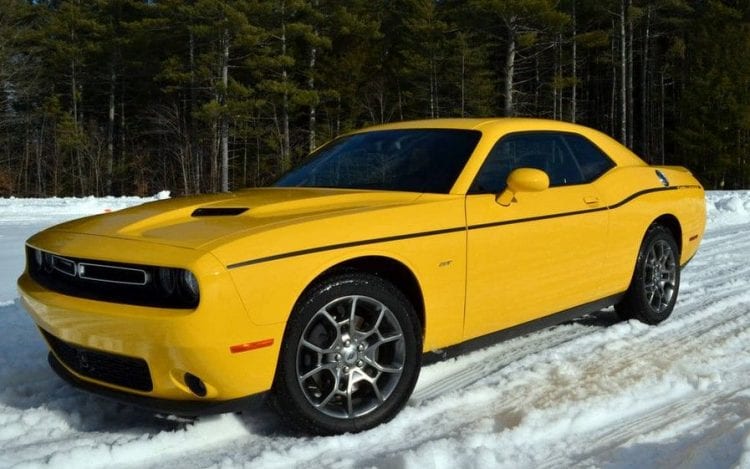 It was its main card to play on when introduced in 2008. Camaro and Corvette went futuristic, Mustang went mild, and visually only Challenger showed proper respect to glorious roots. It looks perfect. It appears as 70’s model, but with enough modern touches to make it absolutely irresistible.

Simple but muscular legendary shape has not been compromised even to the slightest details, along with round headlights, stretched horizontal taillights (slightly spoiled with the redesign), making it alluring as any decades-old classic. Compared to direct rivals from Ford and Chevy, this thing is undeniable most charming one.

From the start, Challenger is bigger and heavier than its rivals. It is definitely slower, and its lap times are laughable compared to those of Mustang or Camaro. And yet it is most powerful in the bunch. In Hellcat outfit it hides V8 under the bonnet with earth moving 707 hp, and that is even more than Vette does and for a light years more than direct rivals.

It appears that 2017 Dodge Challenger GT brings one more trick up its sleeve, and its a revolutionary one. GT will stand now as AWD as far Challenger is concerned, and that means that we are witnessing first all-wheel drive muscle car in the history. If you are screaming about sacrilegiousness, unholiness, please stop! Dodge didn’t go out of its mind.

This is a part time AWD, so you’ll still drive on its rear wheels, burning rubber, going sideways, doing donuts and similar stuff, and AWD will kick in only when necessary. It joins the game only when wheels start slipping, when the temperature is freezing enough, or when you turn it to, so it’s all under control.

Evidently, Challenger is just that. In 2008 it brought charm to the game, in 2014, it dragged cat straight out of hell and released it on the streets, and our 2017 Dodge Challenger GT did something that no muscle car ever did.

AWD is only available with base 3.6-liter V6 and price starts at $34,490 which is hefty $6,400 more than the regular version, but it comes with an abundance of equipment, and it is the only muscle car that you can actually use when snow falls. It is on the market for nine years already, but it just doesn’t stop surprising us.