The Barracuda name is probably one of the greatest muscle cars of all time. It’s up there with the likes of Mustang, Camaro, and Challenger. Originally, it was used for a model of Plymouth produced from 1964 to 1974. The legendary Barracuda spawned three generations. The first one was in production from 1964 to 1966, and it had a fastback A-body type which was based on the Plymouth Valiant with a very distinctive wraparound back glass. The second generation was produced from 1967 till 1969, and although it was still Valiant-based, it was heavily modified and had a fastback, notchback as well as convertible offering. The last, third gen was produced for four years, from 1970 to 1974. It had an E-body and was now a separate car since Plymouth moved away from the Valiant chassis. As such, the coupe and convertible Barracudas of this period were vastly different from the previous models.

Well, now there are rumors circulating the internet that Dodge is picking up where Plymouth left off. What this essentially means is that we might be getting a brand new Barracuda for the 21st century. Although this has not been confirmed, it’s only reasonable to speculate that such a feat is not that implausible. 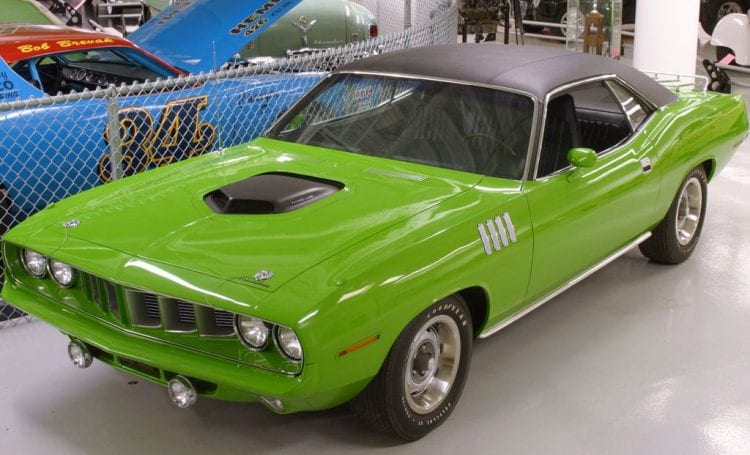 For starters, Plymouth is dead, so if anyone is going to bring back the Barracuda name, you can be sure it will be Dodge. Second, if it does happen, it won’t be called just the Barracuda. A name like SRT Barracuda is more likely, but we’ve yet to wait and see if it will even happen. Until then we’re more than happy to speculate on what it might look and drive like, so if you’re interested read on below.

Let’s start with the thing everyone wants to know first: the engine. Remember that this is all speculation, so anything goes. We’ve circled the internet, and we’ve seen almost every engine imaginable used in conjunction with the Barracuda name. Here’s what we think is most plausible. First of all, it might have a turbocharged four-cylinder unit, possibly upgraded powerplant based on 2.4L Tigershark.

We know a four-cylinder in a car such as the Barracuda might feel disrespectful but just look at the Ford Mustang. Everyone complained that a four-cylinder will ruin the brand and the model itself but behold, it hasn’t. If anything, the EcoBoost unit in the new Mustang made it better by being lighter and more economical than the predecessors. 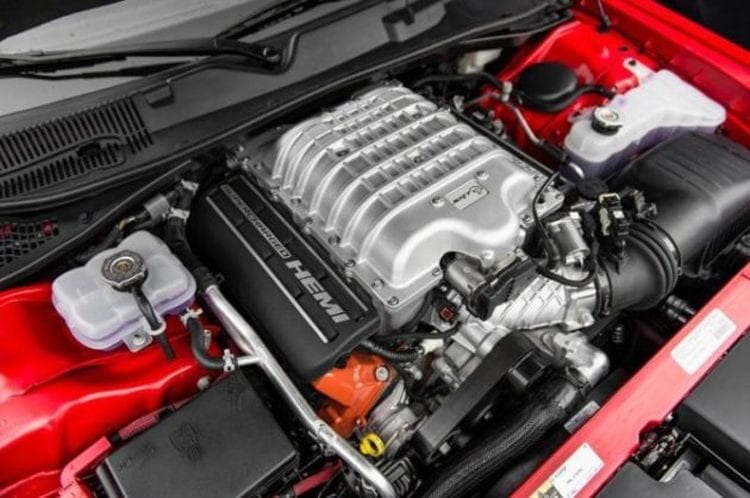 Next, we have a 3.5L Pentastar V6. This will almost certainly be a base engine of the Barracuda if it does come to the market. The Pentastar V6 has been used in virtually anything Dodge makes, from minivans to muscle cars. It’s their go-to engine when they need reliability and decent performance, so it wouldn’t come as a surprise to see it in the Barracuda. Obviously, in a much more powerful edition with ECU tuning, a better exhaust, and even a cold air intake.

The top of the line Barracuda will be offered with a Hemi V8, just like most flagships. Well, we say that, but with the new Hellcat, it might as well have that instead of the Hemi. Okay so the Hemi is iconic to the brand but just imagine the Barracuda name with a Hellcat under the hood. Iconic vehicle is returning with 700+ hp monster. Wouldn’t it be awesome? 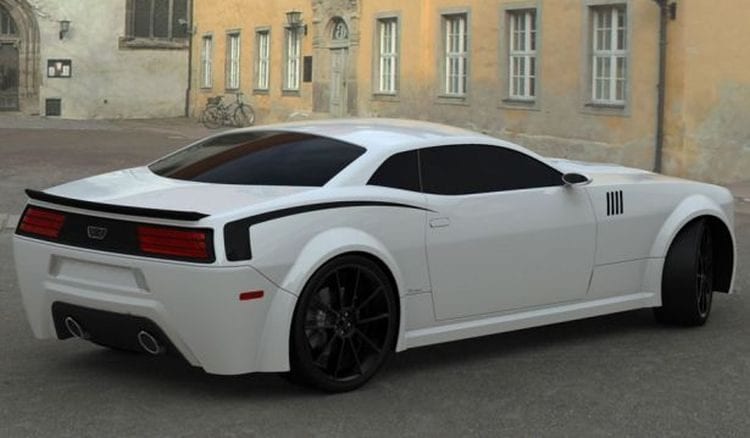 As for transmissions, well you got to have a manual, so a six-speed is a must. Then there’s the optional auto which in today’s world means the 8-speed one. Also, we should be getting manual control for this gearbox. It will most likely be rear-wheel drive (as all muscle and sports cars should be) but the possibility of an all-wheel-drive system remains open. Now we’re not quite sure about this one, but what everyone keeps mentioning is that the new Barracuda will effectively be a replacement for the Challenger coupe.

The exterior design should be changed if that’s the case, so don’t go expecting a Challenger with a Barracuda name tag. The exterior will be developed by the Chrysler-Fiat alliance. But it wouldn’t make logical or economic sense to kill off the Challenger, one of their best selling cars at the moment, just to introduce the Barracuda.

Our thinking is that they will occupy different segments of the market. The Barracuda being a more hardcore muscle car, with the Challenger edging closer to the Europeans and indeed the new Mustang and Camaro, both of which have now become precision driving instruments, something the Challenger is not. 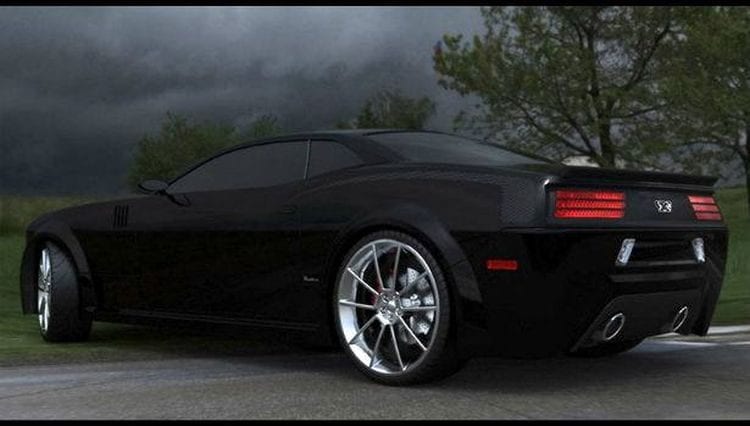 There are some renderings circulating the internet, speculating what the Barracuda will look like but we’ll wait until we get official pictures to comment on that. What we can say is that it will probably share a platform with the Challenger or another Dodge vehicle, but with a significantly different exterior. Angular lines are a must here, with it being a muscle car and all that. The sharp, open front grille at the fascia is almost certainly going to be present, as are the four exhaust pipes at the rear. 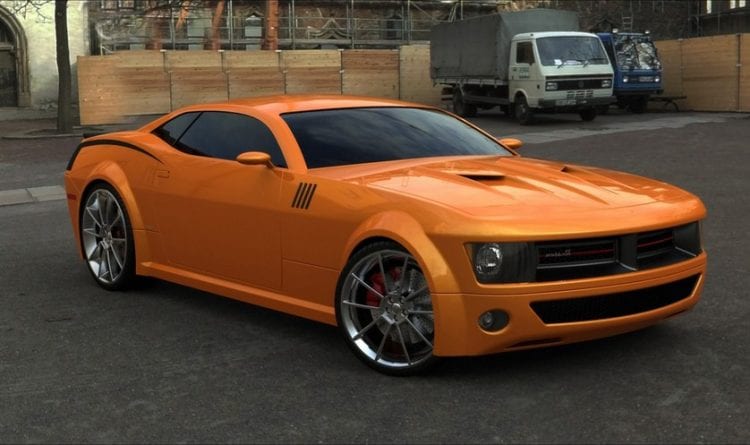 The silhouette of it will probably be similar to what we are getting from the Challenger, although to what degree nobody knows. If we’re lucky, Dodge might even surprise us with a brand-new Barracuda, a stand-alone vehicle reminiscent of nothing we’ve seen before. We can’t say we wouldn’t like to see that. The thought of a brand new Barracuda entering the current muscle car market gets us very excited.

Dodge has a lot of other projects going on at the moment, so if the Barracuda does happen, expect to hear official statements or see official photos in 2017 at the earliest. 2016 is already booked for other reveals and there simply isn’t enough time for anything else. If we do indeed get the 2017 Barracuda, it will hit the showrooms sometime in the first few months of the next year. Another possibility that we get only a concept during 2017 and that the production will start a few years later.

Prices will vary from around $60k to $75k depending on the engine and options, but who knows what will happen in two years’ time. Dodge if you’re reading this, we really, really hope you make the Barracuda a reality. With huge fan base, we are pretty sure that it would be an instant hit but only if Dodge hits all the right spots.