The Citroen C4 Picasso is a great example of Citroen ingenuity and originality. They managed to wrap a genuinely interesting and good looking vehicle into an MPV-style shell. It’s one of the best cars in its class not to mention the most spacious. In fact, it’s one of the best people carriers for the mid-sized market, at least in Europe. The exterior is interesting, to say the least, but it’s overshadowed by the amazing interior which looks like it came from another world completely. The Grand C4 Picasso will appeal to larger families, and it literally looks just like a scaled up standard C4 Picasso. Citroen has been on fire recently, and the C4 Picasso just showcases what they can do.

The Picasso moniker was first used in 1999 when it appeared on the Xsara, one of the very first people carriers. In 2006 they decided to move the moniker to the C4 and switch to that platform as well. So from there on out it became known as the C4 Picasso. That particular vehicle lasted for around seven years, a long time for a single generation to be on the market but with few changes it managed to stay fresh and interesting. In 2013 it received a facelift and major upgrades with the introduction of the new gen. It managed to win more than a dozen Best MPV prizes from its first release, and it still continues to do so. 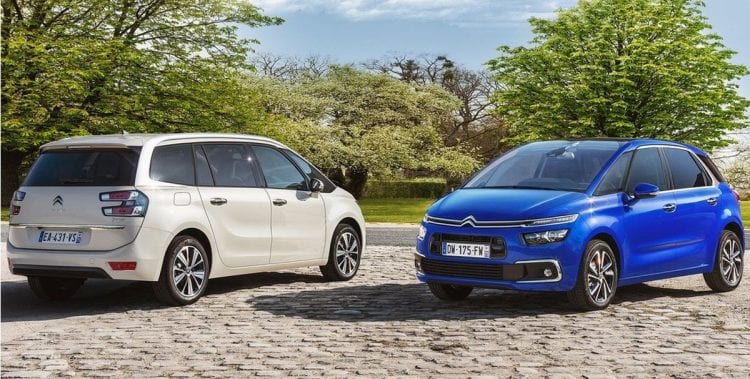 The biggest trait of a Citroen is probably in the way it drives. They have always maintained a certain level of comfort and poise, and the C4 Picasso is no different. It maintains Citroen’s perfect reputation as a comfort brand. There’s almost no road, engine or wind noise at practically any speed the car is capable of taming and offering highest comfortability. The motorway is where it shines as it is quiet, spacious and comfortable. The supportive seats can hold you in place even in sharper corners while maintaining a comfort level and squishiness recognizable as a Citroen.

If we do have some complaints they would have to be addressed to the car’s driving dynamics. Granted, it is a rather tall MPV, so body roll is to be expected, but we have to point it out. The fact that the suspension is super soft doesn’t help it in the corners either. The steering wheel is devoid of any feedback, and the gearboxes (both the five and six speed) have a notchy feeling to them. It’s not like an old car, but you do have to kind of wrestle them a bit until you get it in gear. You can find the gears easily, but the motion of changing gears isn’t particularly smooth. All this takes a little bit of time for the driver to get used to this car.

The rivals can eat this thing alive in the corners; especially the brilliant Ford C-MAX but then again the Ford can’t attain the same levels of comfort as the Citroen can. It’s not that relaxed to drive as well. The visibility is great as the large panoramic sunroof, and the thin pillars allow the driver to have great 360-degree visibility. The only thing that’s fiddly are the steering wheel mounted controls which can prove to be annoying at times, especially when reversing since you can press one by accident.

As far as engines go, you’re well covered. There are multiple petrol and diesel units on offer, more than enough to suit the needs of every potential buyer. The smallest petrol is a 1.2-liter turbocharged mill with 128 horsepower. It’s one of the best engines out of the bunch. Despite the fact that it’s only got three cylinders it can pull the large shell along, and you will be satisfied with decent performances. If you specify it with the PureTech model in VTR trim, and you have the cheapest C4 Picasso you will be surprised with its capabilities. When it comes to acceleration do not expect to see stellar results, it will do 62 mph in just 10.1 seconds, only a second slower than the most powerful petrol and diesel options.

The first diesel of 2017 Citroen C4 Picasso is the 1.6-liter BlueHDi developing 98 hp. It’s got the lowest amount of CO2 emissions and the best fuel economy, but again it is quite slow. It takes 12.7 seconds for it to get to 62 mph and you really have to squeeze every rev when overtaking. It’s also noisier and less refined than base petrol unit, but still a great engine especially for city driving.
The 118 hp version of the same 1.6-liter unit is much better. The 20 hp may not seem like much, but they do help out a lot. This one sprints to 62 mph in 11.3 seconds, but more importantly, the car no longer struggles on overtakes and hills. 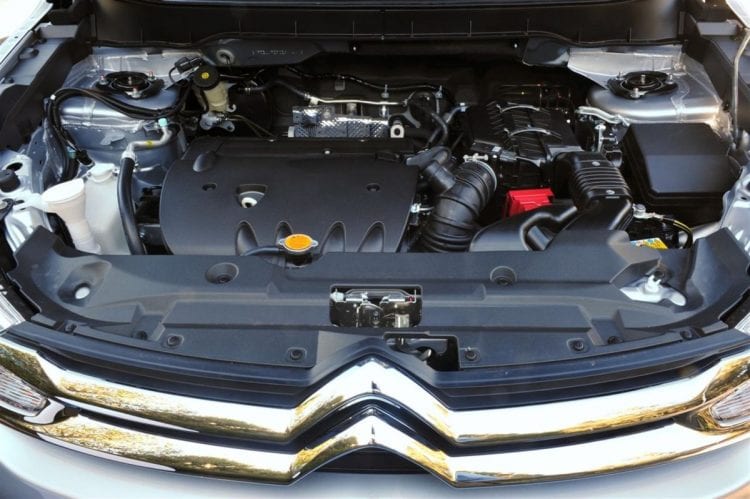 The top diesel is a 148 horsepower 2.0-liter four-cylinder dubbed the BlueHDi 150. It’s not as economical as the smaller 1.6 units, but it is faster and much more refined. It can hit 62 mph in just 9.7 seconds as well.
The fastest C4 Picasso is the one equipped with 1.6-liter petrol turbocharged mill developing 163 horsepower. It will reach 62 mph in 8.4 seconds. The bad thing is you can only have it as an automatic which does ruin the fun a bit. It’s also the most expensive version to own and run so take that into consideration too.

We can’t praise the C4 Picasso enough. It’s got virtually everything a family MPV needs. The fact that it’s so handsome and futuristic is just a bonus. We don’t know many MPVs which are even half as good looking as this. The interior is wonderful and not just regarding styling. Citroen used excellent high-quality materials to ensure it would hold together. The fit and finish are absolutely superb as well. This is one tough Citroen.

As soon as you enter the cabin, you will notice few strange things. First, there are no instruments behind the steering wheel. Everything is placed on top of the dashboard in a center segment where we have a large display showing things like speed, RPM’s, coolant temperature, fuel level, consumption, trip info and similar. Under that, we have another display for entertainment and navigation purposes. It also brings controls for audio and air condition system. Especially good are the small compartments that can be used for your belongings and valuable stuff. Used materials might not be the best in class, but we like it and can easily place it on one of the top spots in this segment for the quality and design of dashboard, door panels, seats and similar.

We can agree with many positive reviews of the exterior that comes unique and interesting. The hood is pretty short and right under we have two chrome lines that bring integrated Citroen sign. Both corners have high mounted daytime running lights while under those we have main light units. Large opening and big grille give it refined yet little but aggressive looks while everything is nicely paired with chrome pieces. The side doesn’t offer anything impressive, but we can notice that front triangle window and slightly lower line right under the main windows. This setup provides far better visibility and in combination with nice body lines and unique wheels, we are getting an interesting and likable result. Rear segment comes with a huge tailgate that goes low, all the way down to the bumper allowing much easier cargo loading and trunk space reach. 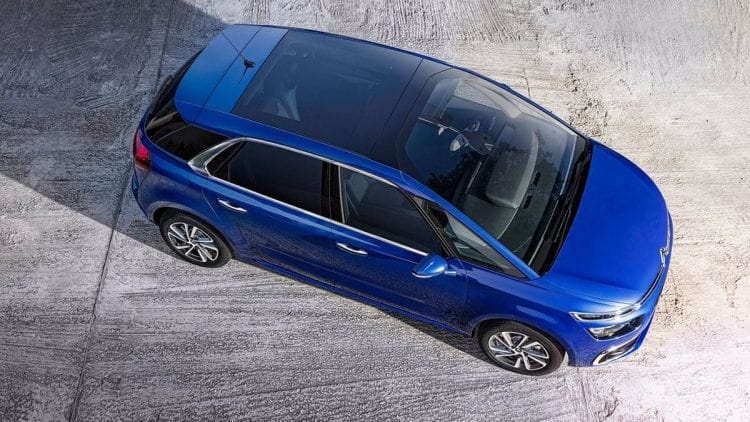 We’re not that much intro Citroen being petrol heads and all but if we were to go for an MPV, especially for a family oriented one, we’d give the C4 Picasso a long and hard thought. Take one for a test drive; we can almost guarantee you’ll like it. There’s nothing not to like. It’s affordably priced too with a price tag beginning under 20,000 pounds.