Always interesting to listen to, Fiat-Chrysler CEO Marchionne has declared that he is not sold out on future of electric cars. Beside statement that was said, Chrysler has dared to make a bold move and offer the first hybrid minivan in its lineup and the first one in the segment.

As said above, 2017 Chrysler Pacifica Hybrid just don’t have any competition yet, and that is leaving clear space for attracting customers both from the same segment or maybe other markets as well. What is making it special is under the hood, and there we have petrol unit of 3.6-liter V6 coupled with two electric motors, producing a total power of 260 hp that goes through a CVT. To offer better fuel economy, gasoline unit is tuned to work on Atkinson Cycle. 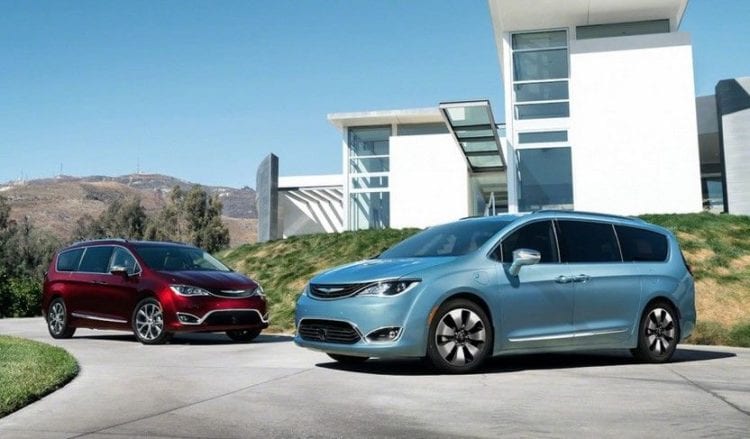 Hybrid cars will often bring different modes of driving trying to make available maximum usability of its technology to the driver, but in order to prevent overthinking, the majority will just set for automatic mode and let the vehicle decide what should be engaged and when. With that in mind, Pacifica just doesn’t offer any options in that manner, no EV mode, no economy mode, no sport mode, no nothing…

When the battery is charged, electricity will rule under the hood, letting engine taking over when it is depleted or letting it kick in when you try to test its sporting potential, although even then regenerative braking system will not let electricity part to cut off completely making it constantly collaborating with petrol unit. All those switching between wheel turning power is done quietly and smoothly.

On standard outlet, charging time is 14 hours, but the 240-volt charger will do it in 2 hours. Purely electric drive will get you 30 miles from starting point, and it definitely has a great role in providing 80 mpg in the city driving. 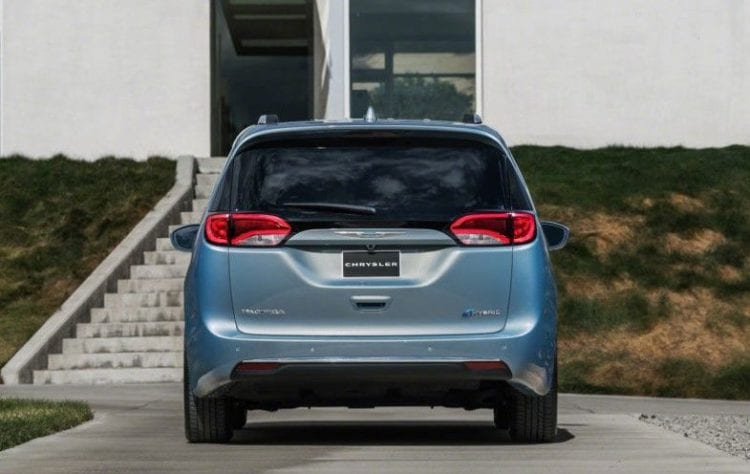 Leading developer for interior design Chris Benjamin said that Chrysler wanted to “take a tool and turn it into an object of desire”. And they did. Interiors of MPV are hardly ever creating extra emotional senses, but dashboard’s flowing gentle lines compared to the roughness of competition will at least intrigue you and get your attention. Same goes for seat stitching, chromed parts, different colors options… So the cabin is as nice place to be as it is to look at, and same would count for exterior styling too.

Only payable extra would be panoramic sunroof for $1,795. Now we come to the smart part, because of the 16-kWh battery pack, a federal tax rebate of $7500 is a nice gift, plus possible additional local incentives, which is all making its price tag far under $40k. 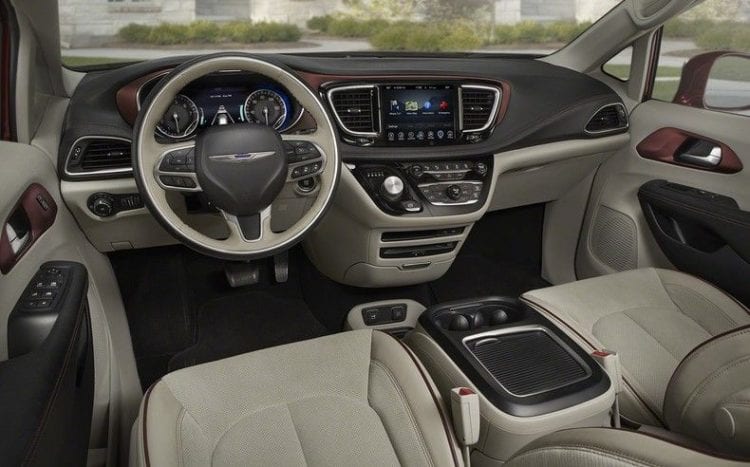 If fully loaded 2017 Chrysler Pacifica Hybrid with the price under $40,000, offering latest trends in car technology and staggering 80 mpg fuel efficiency, all together with “breaking beyond usual” segment looks inside and out, are not tempting enough for you, then probably you just don’t fancy at all these huge people carriers.