The Equinox is already nearing its tenth year on the market. The car has been around since the late 2008 and in the meantime, it only received minor updates. Also, the platform it is based on is more than a decade old, and that’s especially clear when you compare it to its more modern rivals. Unfortunately, a new model will be out only for the 2018 model year. This means that the newly updated 2017 Chevy Equinox is nothing more than just a mild refresh with minimal changes, inside and out. Despite that it still is a good choice for many people as it offers everything you would ever need.

Its major drawbacks are the engines and running gear which are both barely average and fall behind on the competitors offer. Also, the car weighs a lot more than any of its modern rivals which is obvious once you drive it. The largest changes for the 2017 model of the car are its new two trim levels. On top of that, there have been minor adjustments to its color options as well as actual equipment packages that are on offer. The prices will go slightly up for the new model. The base car will set you back just $23,100 which is highly impressive for how big it is. Also, the top end models won’t go past $40,000 even if you add pretty much everything to the optional equipment there is making it still very good value for money.

As we said, likely the largest selling point of the new 2017 Chevy Equinox is the size of the car and the fact that it offers a lot of space. Despite being a compact crossover, it is larger than pretty much any of its direct competitors. The car is nearly the size of a medium-size crossover which means it offers plenty of space inside the cabin and a really large trunk. Also, its platform, despite being old, provides a really sturdy chassis which is great for towing stuff around. It is quite surprising that it manages to be one of the best offers on the market in so many segments even after many years without major changes.

Let’s now move to the larger changes the new Equinox received. For starters, there are two all new trim levels. The Midnight Package comes with a few updates, inside and out. This one gets as standard a black metallic paint, 18-inch black aluminum wheels, black roof racks and black exterior inserts such as the grille and trimmings. Inside the cabin, we are getting higher quality electrically adjustable seats with a memory setting as well as jet-black perforated leather.

The Sport Package is the second new trim offered. If you choose, it will bring same upgraded seats and those 18-inch wheels. The changes on the outside are also identical. However, instead of getting the black metallic paint, it provides a pearl-white color scheme which makes it pop and allows it to be noticed easier. A new fleet-only equipment level has also been added, but this is basically an LT with slightly fewer features. 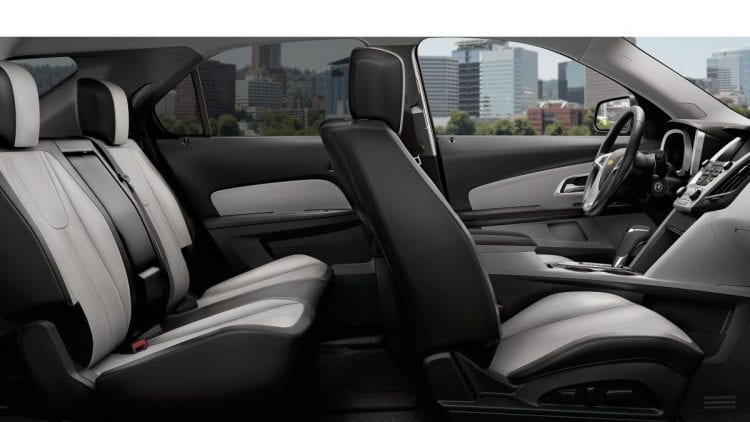 Unfortunately, not much has changed for the running gear and powertrain of the 2017 Chevy Equinox. The car still gets the same two engines as before. The base models get as standard a 2.4-liter naturally aspirated mill offering 182 horsepower. This is barely average in every way, but it is cheap and quite efficient for how heavy the car is. The better choice and the one most people are going to buy is the 3.6-liter naturally aspirated V6. 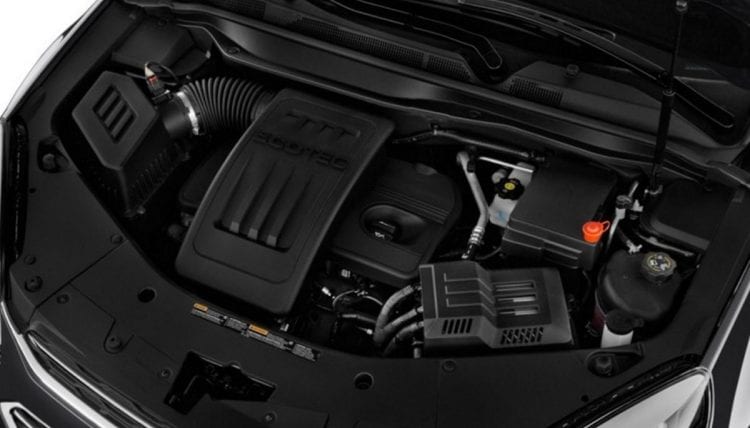 This is, unfortunately, the same LFX unit released a few years back. This means that it only makes 301 horsepower and little over 260 lb-ft of torque. This feels much better than the smaller inline four, but it does use slightly more fuel. The base engine returns 21/31 mpg and 20/28 mpg when equipped with AWD while the larger one offers 16/23 mpg but it only comes with the all-wheel drive system. A Smaller engine can be combined with front wheel drive and as an option, you can choose it with four-wheel drive, but the V6 unit is offered only with AWD and both of them are available with a rather old six-speed automatic gearbox. Despite this fact, don’t expect more than just all-weather usability from the car.