With the release of the all new Camaro, GM also managed to release its first special edition, the ZL1, which is the high-performance all-around version of the car. This gets the most powerful engine the Camaro ever had and one of the better running gears out there. However, it is not the hard-core model people are expecting. This is, in fact, the upcoming 2017 Chevy Camaro Z28, which still seems to be under development. The car has been spied a few times now, the last being at the Nurburgring where one of the test vehicles was actually crashed.

The new Z28 will be using the same platform as all the other models in the lineup, but it should feature a completely revised running gear. Not much has been said about it but the early rumors suggesting a 6.2-liter supercharged V8 seem not to be true but more on that later. We are still at least a few months away from its official unveil, and the production is might not even start before the end of this year. When it hits the market, the new Z28 might cost more than $75,000 which is a lot for a muscle car in this class even we are do getting insane power figures. Ford’s closest competitors, the GT350 and GT350R cost $50,000 and $60,000 respectively which is a lot better and more competitive. Dodge also has Challenger Hellcat model with sticker figure of $62,495.

However, many suggest that the 2017 Chevy Camaro Z28 is going to be better than Ford’s and Dodge’s offering. Unfortunately, until the car is released this is just a rumor but we will be more than glad to test it out. Considering what the car might feature, we could have a winner already. First of all, the entire running gear will be revised. Unlike the ZL1, which offers a similar setup to the regular Camaro, the Z28 will feature all-new racing shocks and springs, much thicker anti-roll bars and electromagnetic dampers. The brakes will be significantly larger and very likely made out of carbon ceramic while six or eight-piston calipers up front should be standard. The car will probably sit on similar wheels to the ZL1 but with stickier tires offered as standard. 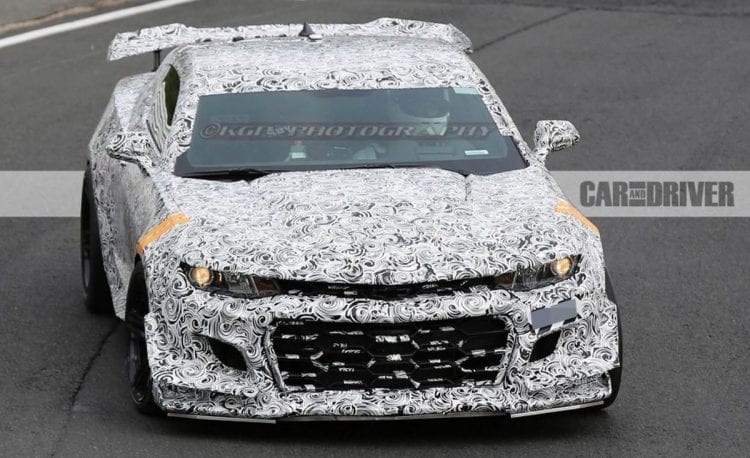 On top of all the running gear changes, the Z28 will also get a unique exterior and some upgrades inside the cabin. For starters, in the front, it will feature a large carbon fiber splitter and it might also get carbon fiber body panels. At the back, a larger wing, as well as a quad-exhaust system and aggressive diffuser, are all going to be standard. Aerodynamic bits and pieces will be added everywhere, and you will immediately notice that this is one far more aggressive vehicle. These changes will allow the car to be faster around corners and also look more menacing. In order to allow the driver to cope with the increased G-forces around corners, racing seats will likely be installed in its cabin. If you have any questions, you can click here and find out everything. 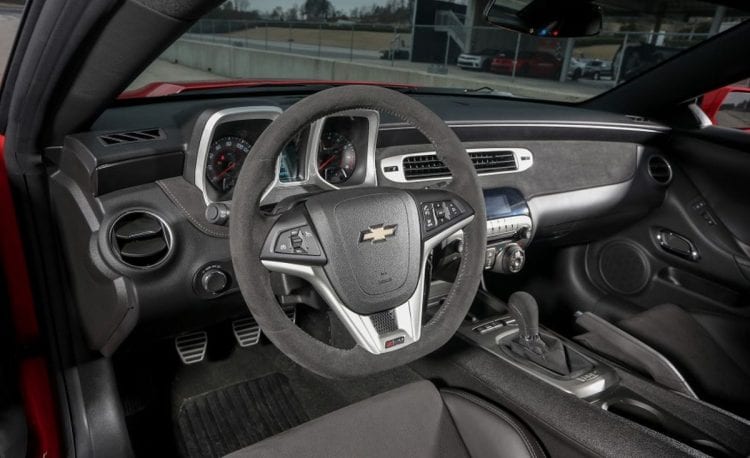 The most impressive feature of the 2017 Chevy Camaro Z28 is going to be its powertrain. GM’s CEO stated not that long ago that a 7.0-liter naturally aspirated V8 could be used. The previous generation used an engine of the same displacement. The new one should be completely different, though. It will still use double-overhead cams, a variable intake system as well as variable valve control unit. Early rumors suggest for 540 to 565 horsepower which would be slightly better than the Ford but not in the same region like Challenger Hellcat with 707 hp. However, thanks to its massive displacement, the engine should be good for up to 550 lb-ft of torque which is already a lot more than the GT350 but still can’t follow the Dodge.

Even though this will be a larger than usual engine, it should still be able to rev-up to more than 8,000 rpm. This will make it perfect for track use and together with a heavy-duty cooling system; it should have no problem keeping with any supercar out there. A manual gearbox is likely going to be the only option while a limited slip differential will more than likely be a standard feature. Even we prefer manual transmission we think that Chevrolet should also include an automatic option with manual control possibility that usually is faster and might attract even more buyers to this brand. 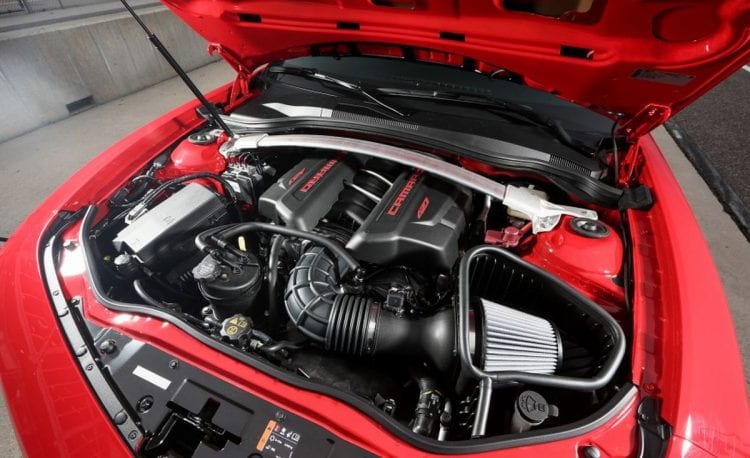