The first Chevrolet Trailblazer was introduced in 2001 and was very popular among the American and European drivers because it had a number of innovative features. First, it had optional AWD that was ordered by many customers; second, it featured an independent front suspension, which also was considered as progressive technology back in the early 2000s. The success of the model persuaded the automaker to give it a facelift after four years of production in 2005. This time, the model was added with more powerful engines, new front fascia, and interior design. Welcome : Chevy Trailblazer 2017

Even though the Trailblazer enjoyed reasonable popularity among customers, especially in the U.S., where 244,150 and 178,493 units were sold in 2005 and 2006 respectively, the automaker has decided to end the production in 2008. 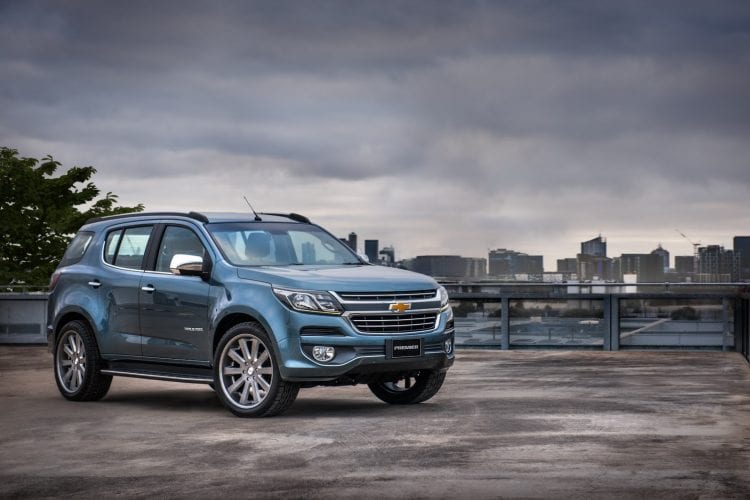 It was briefly manufactured in 2009 in both U.S. and Russia, though. However, after the sales of SUVs began to increase on the North America market, Chevrolet was quick to re-start the production of the vehicle in 2012 and sell it as 2013 model.

It is quite a reasonable decision because the segment of mid-size SUVs in the U.S. is the most popular at the moment, with hundreds of units sold every week.

The new 2017 Chevy Trailblazer will be one of the hottest mid-size SUVs because of many reasons. First and foremost, Trailblazer has already established a good reputation among the clients all over the world, including North American and European.

Second, it will carry a great load of features. Third, its performance will also be great. This time, however, the automaker intends to manufacture more units and send them to more markets, including South Africa, Malaysia, Thailand, and Brazil. The existing markets will be provided as well.

The rumor has it that the model will feature most of the redesigned elements in the cabin. Some reviewers suggested that the design will continue to be as powerful and attractive as it was been before, with high-quality materials all over the interior and great functionality. 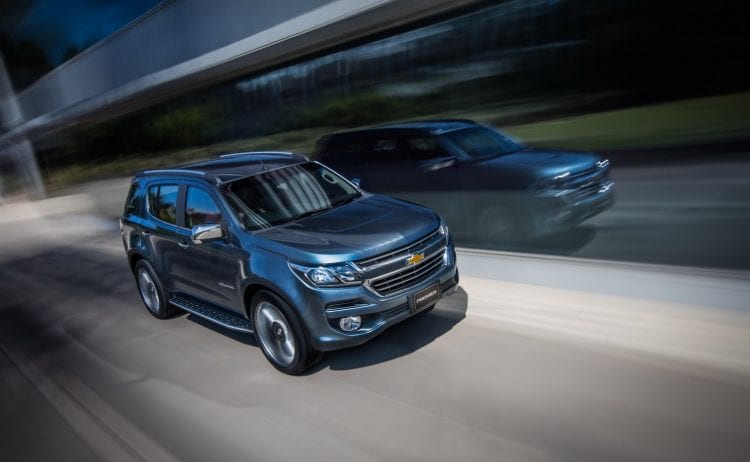 Supposedly, the front of the vehicle will be added with a larger grille with the Chevy logo in the middle, as always. The front bumper will be revised to resemble modern Chevrolet style language as well. As for the back, the lights and exhaust pipes are the elements that will be revised.

As always, the cabin of the new Chevy Trailblazer will be spacious and comfortable for all occupants. The seats will be foldable to provide 60/40 second row split-folding tumble seating and 50/50 third-row split-folding seating. 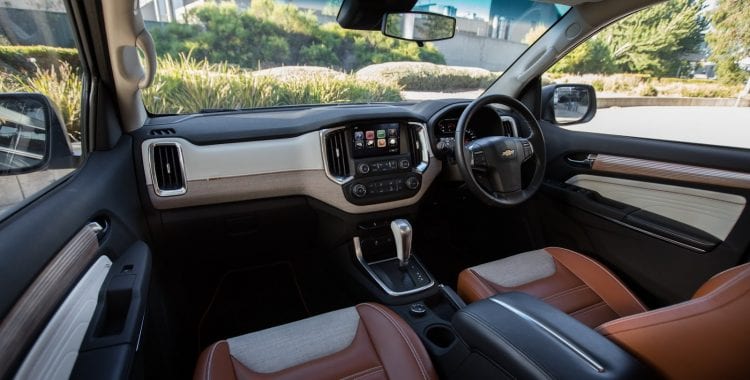 At least, that’s what the previous generation offered and it would be totally unreasonable to cut this space. This range of storage solutions will be great for many purposes and satisfy even the most demanding customers.

Just like the predecessor, the new Trailblazer 2017  will be a seven-seater, which is great for long trips with family or a bunch of friends. 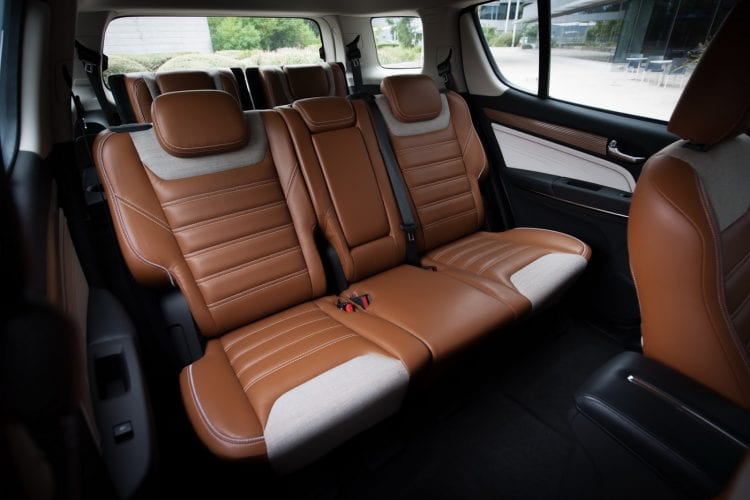 There will be a great load of high-tech entertainment and safety stuff inside the vehicle. Specifically, it will have at least a 7-inch touch-screen display for managing the MyLink infotainment system with Apple CarPlay and Android Auto, USB port, dual-zone air conditioning system, Bluetooth, automatic door locks, cruise control, navigation system, parking sensors, traction and stability control, brake assistant, and the auto-dimming rear-view mirror. 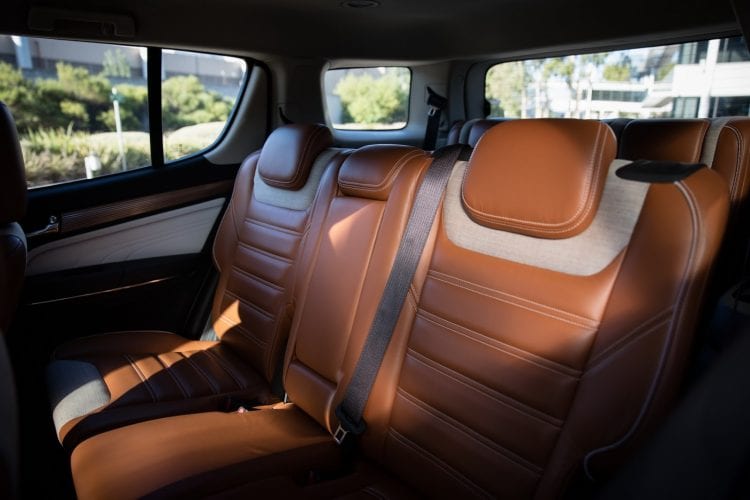 The latter actually uses a very smart sensor technology that automatically dims the mirror to give the driver an optimal vision despite the glare from the vehicle behind.

Given that the previous generation of Trailblazer has been issued 5-start safety rating by the ASEAN NCAP, it is safe to assume that the 2017 model will also receive a high rating.

It is very likely that the automaker will offer at least two engine options for the customers in this one. For example, one way to go is the 2.8 diesel unit that produces around 200 hp and 346 lb-ft of torque while the other is the 2.5 unit that is capable of producing 150 ponies and 258 lb-ft of torque.

Also, the rumors say that the vehicle may be equipped with an even more powerful engine, such as 6.0-liter V8 that is good for 345 hp. 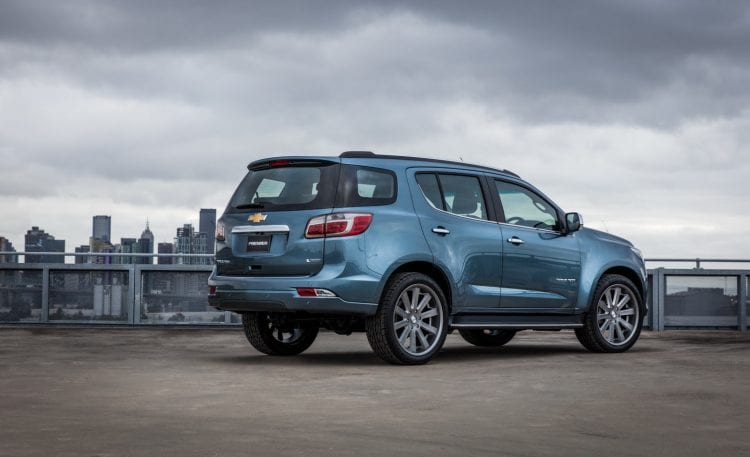 It is expected that the engines will be coupled to a standard automatic transmission and the manual one will be provided as optional.

Of course, the automaker will provide the Trailblazer in both FWD and AWD on a variety of trim levels. At this point, we lack the information about the future trim levels but it is evident that there will be at least a couple of them.

When the 2017 Chevy Trailblazer will become available for purchasing in the beginning of 2017, it is expected that it will cost around $35,000 without destination charges. 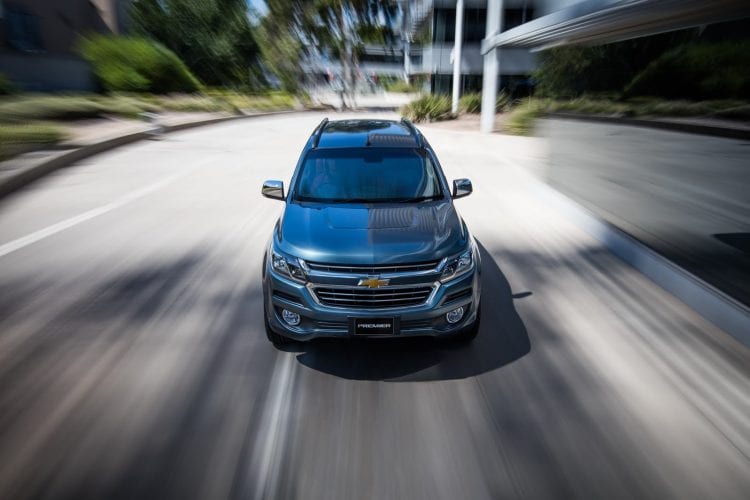 The new Chevy Trailblazer 2017 definitely has the potential for sales and profits. Chevrolet apparently plans to achieve even more success with it because it will be sold in more countries and take advantage of many current auto technologies.

Indeed, it is a good move by the American automaker because the segment of mid-size SUVs is very hot in the U.S. and the fever begins to extend beyond the States. It is very likely that the model will be successful because it will have a great number of fancy features, a wealth of space and powerful performance.

Even though we do not have all the details about the vehicle, it has been already considered as one of the best upcoming SUVs by many auto reviewers.

Perhaps it can be explained by the fact that Trailblazer has consistently been a best-selling model for the American automaker, so the tradition should continue.

Because of all these reasons, we think that it will do well even in such flooded segment with competitors like Ford, Toyota, Range Rover, Lexus, Honda, and Mazda.