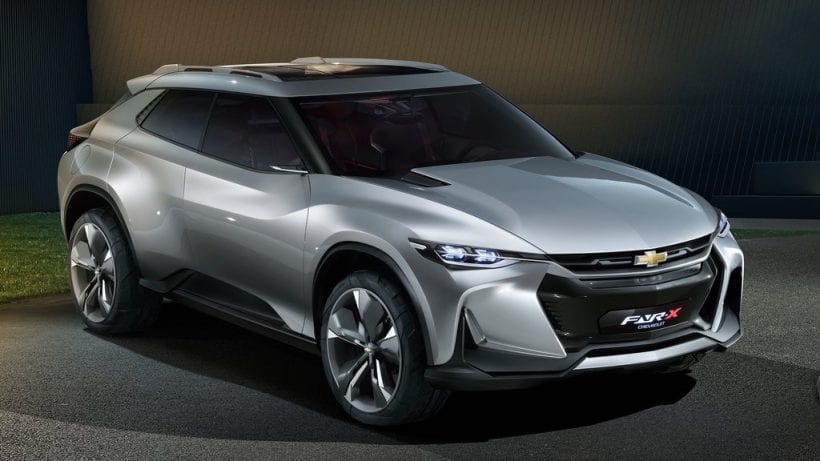 Two years ago at Shangai Motor Show Chevrolet revealed FNR concept. It appeared as a thing that escaped from some sci-fi movie, bearing almost no resemblance to any vehicle that you can see in today’s reality. Further to that, it was too much futuristic in every aspect to showcase any visual ideas that could find its way to production lines. Well, this year for the same event in the Shangai, we have a revelation of 2017 Chevrolet FNR-X Concept and this time things are closer to the ground.

FNR is short of “Find New Roads” so despite this SUV appears as something that could enter production, it is more presentation of future design directions and technology under development. So, we should pay close attention as this concept leaves many clues for what we are about to expect from Chevies that are to come.

FNR is apparently an SUV, but it managed it incorporate something similar to Camaro ZL1 fascia. The whole car is full of angular curves, appearing highly dynamic and muscular at the same time, but also fluidic. Hood is elevated, the roof is sloped, and at the back, windshield merged with lights creating a beautiful visual pattern. 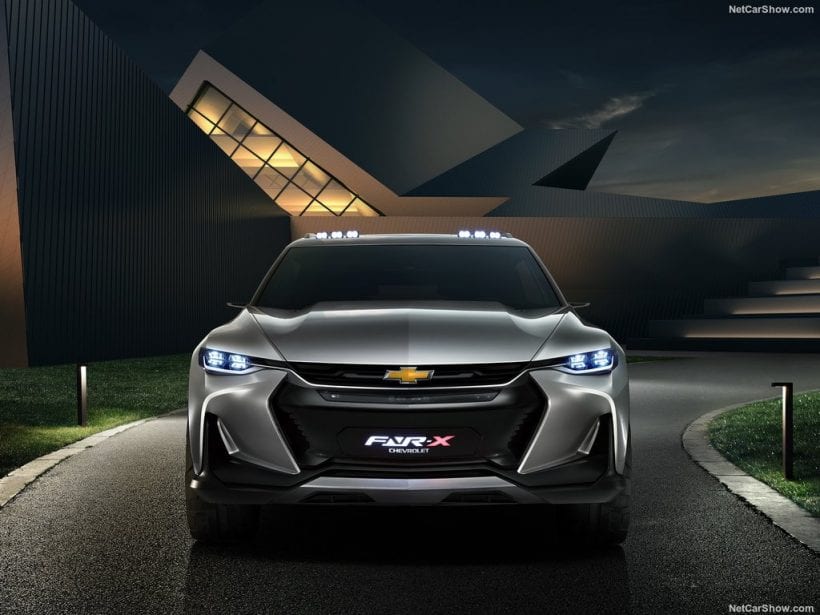 If you add real mirrors to it, along with usual treatment for rear doors and a bit more normal solution for tail lights, this thing could hit the roads, and we are incredibly sad because it isn’t going to. FNR is interesting, bold, handsome and trendy, everything that current Trax, Equinox, and Traverse are not. Also, more visual excitement would neither hurt sedan lineup, referring to Impala and Malibu since the sloped roof is not enough. Hopefully, all of those could learn something from FNR in the future.

Interior is an evolution of the current situation. Some hints are there as the protruding dash and infotainment screen that is glued to it, but other things are new. Current Chevy cabins don’t lack imagination and complexity, while lines and surfaces enhance lenient feelings. Concept’s cabin is more vigorous and aggressive, we can say that. 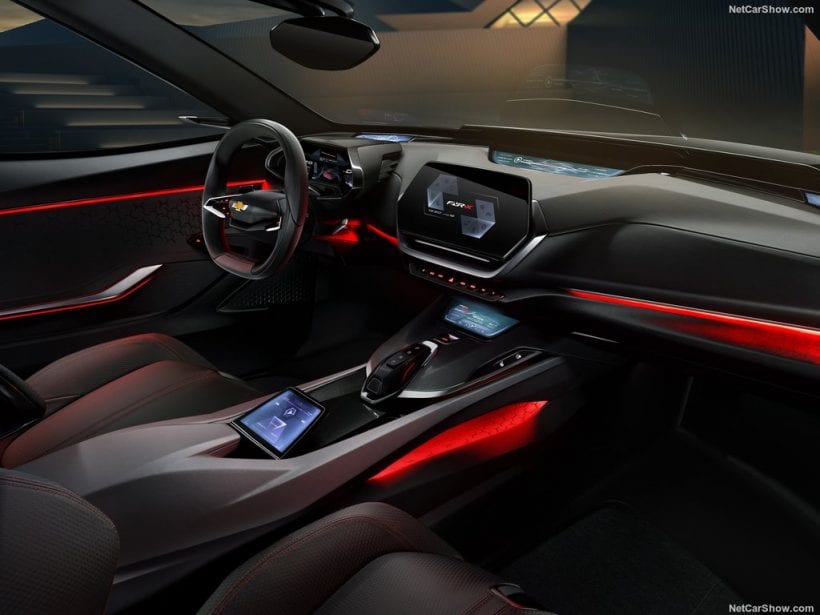 Center segment of the steering wheel is small and thin, the bottom is flattened, usual dash buttons are replaced with racing car inspired switches and gearbox is in shape of buttons. This type of interior encourages dynamic driving intentions, and we wouldn’t mind if it finds its way into future CUVs, especially when Equinox finally behave in the proper manner through corners.

Chevrolet didn’t disclose precise information about powertrain. All we know is that we have a plug-in hybrid in front of us without any specific figures about it. Anyway, FNR-X has two modes. In V or Versatility mode ground clearance is elevated, and the autonomous driving system can be even used for off roading. In S or Sport mode, car lowers itself and suspension become firmer for a sportier ride.

The concept also features active aerodynamics and active it is. It has active grille shutters and special wheel blades, front lip, diffuser and side skirts and they all could actually move and reduce drag in different situations. While we already saw active grille shutters in some market available Chevy vehicles as Cruze or Malibu, rest of the stuff is probably reserved more for things like Camaro or Vette and it is unlikely that we are going to see that within SUV lineup.

So, 2017 Chevrolet FNR-X Concept is present from the company to show us how its future is going to look like. We say if it sticks to it, the future is bright.