Are you ready to get excited? No, not that mellow. Get more excited. Get as excited as you can get because it’s official: GM’s head of product development, Mark Reuss, confirmed that Chevrolet is working on the new Corvette. Why should you get so excited you may ask, it’s just another Corvette isn’t it? Well, actually no. This is going to be the revolutionary Corvette to change it all, perhaps even more revolutionary than the Corvette that started it all, the C1. What makes it revolutionary? Well, it’ll only be the first ever Corvette to have a mid-engine layout. That’s right, the American hero, a sportscar born in the U.S. is going after the Italians with a mid-engine design. Chevrolet hasn’t confirmed anything else apart from saying that they’re working on the new Corvette, but we do have some ideas and pointers as to what it will be exactly.

A lot of you might be thinking that it is sacrilege to turn the best sports car America has to offer into something which “copies” the Italians. The truth of the matter is that the front engine rear-wheel drive layout is pretty much at its limit at the moment. Sure, they could have changed the exterior, enhanced the interior and added a few bits, but that wouldn’t necessarily make it faster, something a sportscar is designed to do.

The limit of how much power you can give a front-engine car has been reached, and it’s around 650-700 hp, the amount the current C7 Z06 is producing. Rotating the engine over to the back (mid section) gives the car a more natural 50/50 weight distribution but more importantly, it’s moving the majority of the big weight to the back of the car since the engine comes installed at the back. This will aid it in finding grip when you’re accelerating and braking. 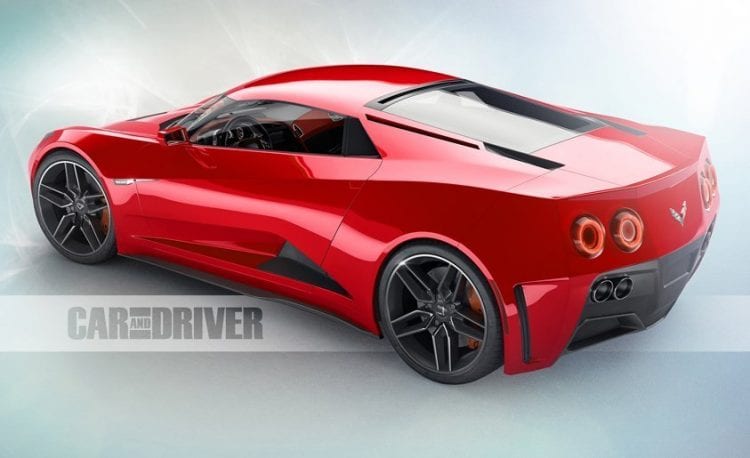 The other reason should be quite obvious as well: the design of the Vette may have changed from generation to generation, but the basic shape and proportions have stayed the same for dozens of years now (from the C3 Corvette).

Moving away from the traditional layout means that we will get an entirely new car, not associated with any other Corvette from the past. By making it a dream car for even younger generations, Chevrolet will be basically replacing every boy’s Lamborghini and Ferrari poster with a Corvette one. 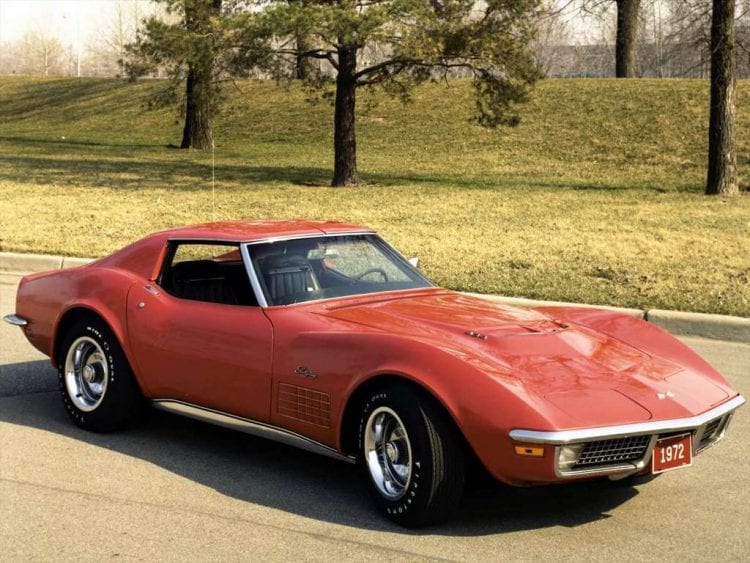 The flagship model of the Corvette C8 range will be the Zora ZR1. It will debut the new layout, and it’ll launch as a 2017 model. Naturally, different C8 versions are expected to join the model later on but for starters, the Zora will do. It will be only produced in small numbers just like the previous ZR1 (so say around 1500 units per year), and it will have a rather large price.

An estimation of around $150,000 wouldn’t be too far off we think. Still, it’s not like they will have any issues selling them. If anything, they may need to make another 3000 just to satisfy customers. Yes, even at that price. If the Corvette turns out to be a success, we could even see a new Cadillac XLR with a similar setup. 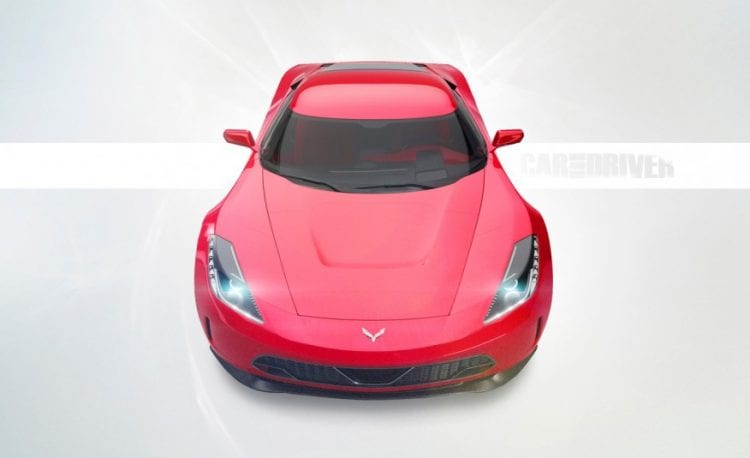 Downsizing is something we see more and more each year, but thankfully the Corvette will remain a V8-powered car… for now. The engine will have a single cam and pushrods reducing weight, bulk, and cost. Naturally, it will have direct injection and some form of cylinder-shutdown technology. It’s too soon to say what the displacement or to quote power and torque but suffice to say, it will have plenty.

It should be easily able to trump the Stingray Z51’s times and power outputs (3.9 seconds to 60 mph and 181 mph top end). The fuel economy will be improved as well, but really, no one cares about that in the real world when you’re buying a flagship mid-engine C8 Corvette. Still, it’s nice to save a bit more money on fuel as they will surely have to be spent on new tires very often.

If you want a mid-engine V8 Corvette, we suggest you buy the first ones. It’s expected that the Corvette will receive a V6 powerplant later on and even an electric motor in the front (where the engine used to live). All of this might happen as soon as 2020. The concept of a four-wheel driven hybrid Corvette might seem funny and ridiculous now but in a few years, it may be the reality we’ll live in.

Here’s the big one: will it have a manual. Would we want one? Definitely. Will we see one? Probably not, at least not from the beginning. In all likelihood, only one transmission will be equipped at the moment, and it will connect to a dual-clutch semi-auto gearbox. There’s always the possibility that it gets a torque converter but we really, really hope that Chevrolet avoids this path. It’s not easy building a transaxle and transmission, so we reckon that that task will fall to a third-party manufacturer. Someone who can make a great seven-speed dual clutch transaxle perhaps (Oerlikon Graziano). 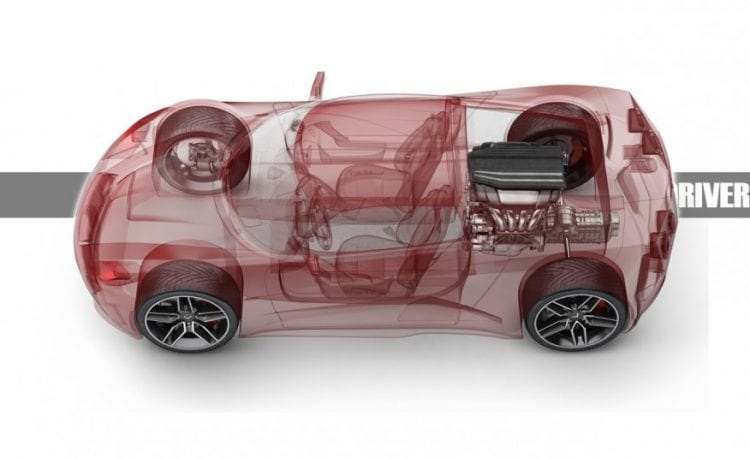 Obviously, some things will be transferred from the C7 (such as brakes or control arms), but the cockpit and overall structure of the car will be a lot different. For starters, you’ll have a much lower hood at the front because there’s no engine there. It will also be a lot shorter.

The back will need to be widened a bit to accommodate a V8 powerplant, not to mention toughened up to withstand the power of a V8 and impact it can have on a car’s chassis. The cabin will feel different too. You should have more front but reduced rear visibility. It’s so strange to comment on these things, no one ever thought that the Corvette would go for a mid-engine design. 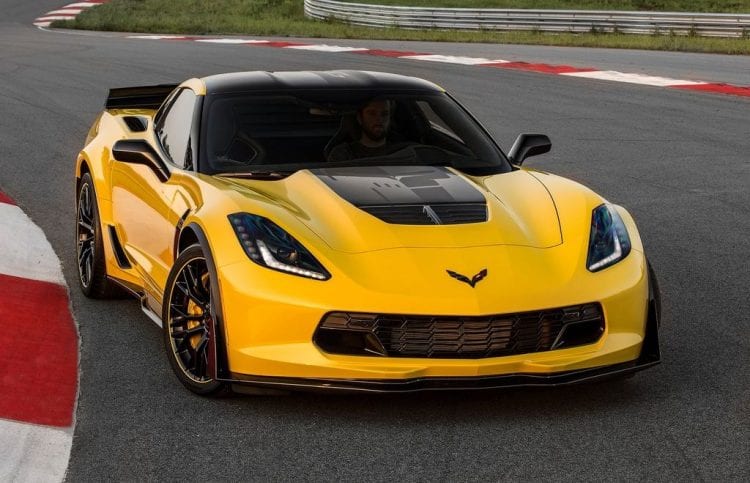 But it has, and it’s for us to find out if it’s any good. Will it be a Ferrari killer? At $150k (estimated), it better be. And just to add, Viper is going to be dropped from production so there will be no real competition for Vette.