In 2014 Chevrolet granted us with the second generation of Colorado. For most people that would be enough, but some just couldn’t settle with that. For any of those remembering ZR2 nameplate on Chevy S10 pickup from 1994, these are happy times indeed. The same year, in 2014, has shown that Chevrolet just wouldn’t stop with regular Colorado and finally we are sure they didn’t.

Why ripped? Because just revealed Colorado ZR2 looks same as concept version back in 2014 from LA Auto show. And that is good. Keeping up with looks shown on concepts will definitely make car industry more fun. 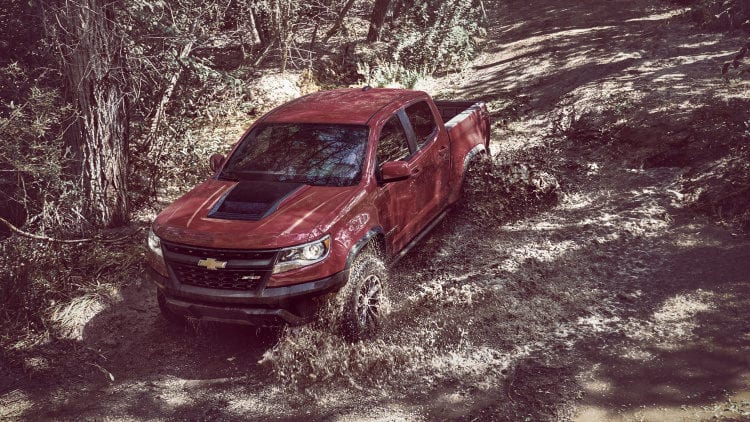 So, you can count on that power bulge on the hood with “manly” black finish, redesigned front bumper protected with aluminum skid plate promising “insane” approach angles and spare tire mounted in bed is also here, although as an option. Regular Colorado claims 17.7 degrees approach, 22.6 degrees of departure and 22 degrees of break-over, so ZR2 should top that significantly.

The car is lifted 2 inches more than the regular version, the track is three-and-a-half inches wider in front and back, and chunky 31-inch Goodyear DuraTrac tires are present. But the thing everybody was waiting for, are Multimatic DSSV shocks, same ones that Camaro Z28 uses, and if that isn’t enough for you, the fact that some Formula 1 cars are using it, makes it plenty. 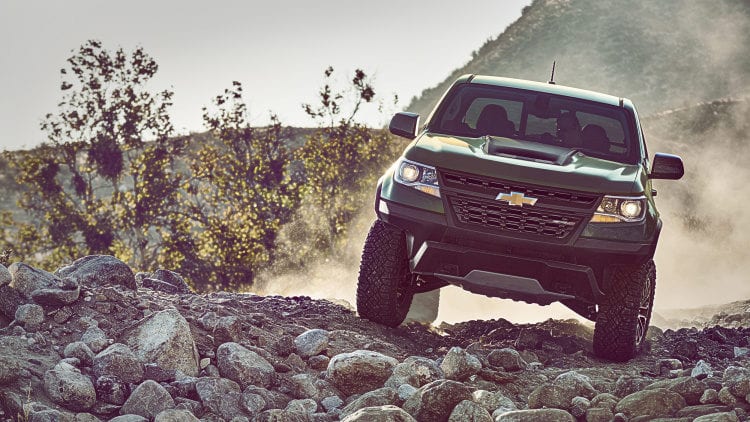 Furthermore, they are supplied by Canadian suspension and racing wizards Multimatic, the same company that will assemble the Ford GT, and this is first off-roader using those dampers. DSSV represent Dynamic Suspension Spool Valve, which signifies that precise tuning of the shocks is now possible, and that means they can be in one moment softened up for the roughness of off-roading, and in other occasions tighten when you cling to the smooth surfaces.

For ultimate, all-terrain capabilities, front and rear electronic locking differentials are here, which could match those in Merc’s G class when it comes to effectiveness. As more there is Off Road mode button, fiddling with traction control, ABS, and throttle response, for making it more capable for dirt and mud.

Engine wise there are no changes to the regular model. As expected 308-horsepower 3.6-liter V6 with 269 lb-ft or a 2.8-liter Duramax diesel with 181-horsepower and 369 lb-ft of torque, are offered. 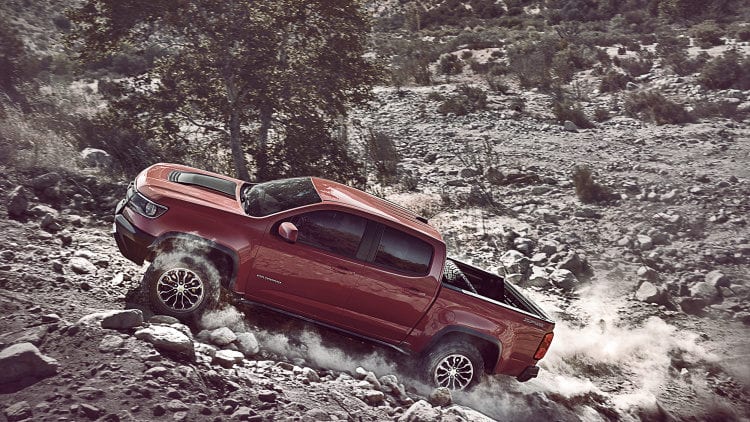 They are both coupled to an Hydra-Matic 8L45 eight-speed automatic transmission. The same diesel engine in question was first shown on the ZR2 concept before making it to the regular line-up. Bed capacity of 1000-pounds and pulling power of 5000-pounds have not changed either.

The question is whether you should consider 2017 Chevrolet Colorado ZR2 over regular model. It will definitely be more expensive, and while we wait for the official price to be revealed, we could only guess whether its potential merit overshadows price difference. If we try to estimate, the price should probably go up for $10k, so around $34,000 will get you distinct looks, Formula 1 dumpers and nature roaming capabilities close of Ford Raptor. Ok, maybe we went too far with Raptor comparison since it is far bigger, more powerful and more expensive, but Toyota Tacoma TRD Pro has got a nice rival to match now.