American muscle car industry seems to be reborn lately. Ford Mustang became best-selling sports car in the world, juts like in old times, while Chevy Camaro is following closely even sometimes managing to overtake it, though only on a monthly level and just in the US sales. Still, you have to give it credit too. GM maybe pulled out its Korea business out of Europe lately, but proper Chevrolet like Corvette or Camaro are currently present there. Despite Camaro being offered on the old continent, Chevy hasn’t been up to date to provide all specialties that arose afterward. So, 1LE package and top ZL1 offer never sailed for Europe, but Geneva just housed 2017 Chevrolet Camaro Track Concept which does give a hint of some possible change about that.

It is just a concept at this moment, but that could quickly change as Chevy just decided to allow European buyers to opt for Chevrolet Performance parts in the future. Anyway, besides turbocharged L4 in Europe, you could opt for SS version and its tremendous naturally aspired V8. 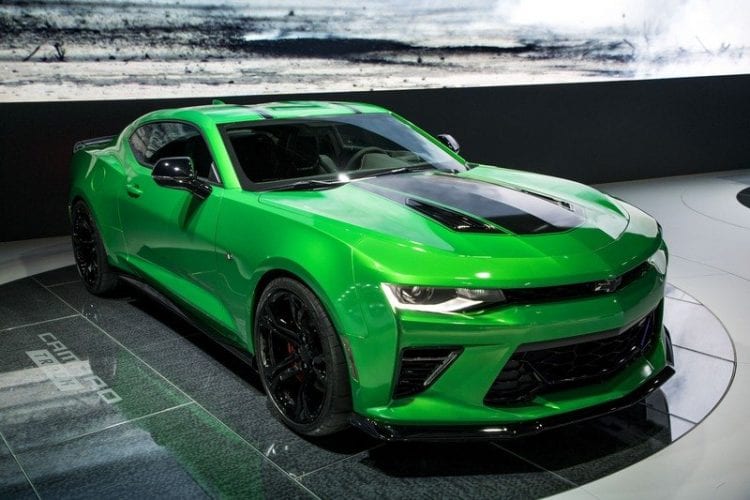 But there was nothing above. No special packages to spice the deal up or berserk 650 hp ZL1 version. So, made for Europe, Track Concept would be the closest thing to SS 1LE version from over the other side of Atlantic.

SS obviously got angrier. We have a front splitter, different mashing of the grille, special deck lid spoiler and unique alloys. All mentioned is in gloss black coloring, while you can also add following things to the list of blacked out things: side skirts, mirrors, badges, hood and roof stripes, diffuser and tail lights. 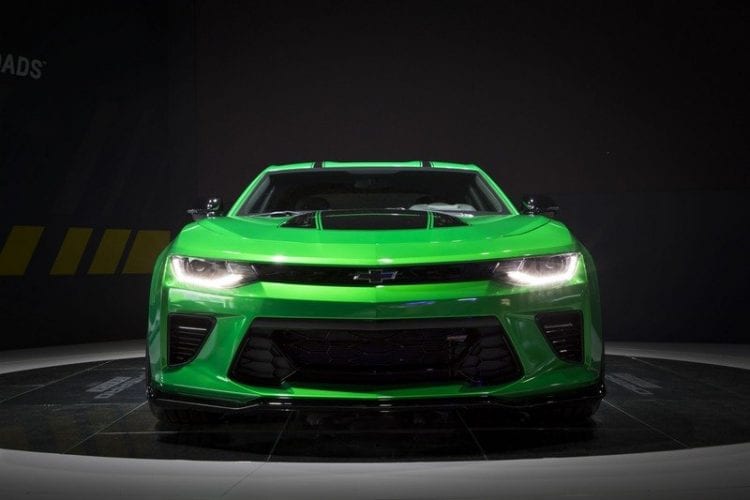 Americans will recognize that bits and pieces as the front splitter and deck lid spoiler are copy paste from 1LE package available over there. On the inside, you’ll notice bucket Recaro seats and flat-bottomed steering wheel as adrenaline enhancements.

This part stays the same, as SS’s 6.2-liter V8 is there, still delivering 455 hp and 455 lb-ft of torque. But same as 1LE package brings a ton of goodies without messing with the engine output, so Track Concepts has plenty to show off. 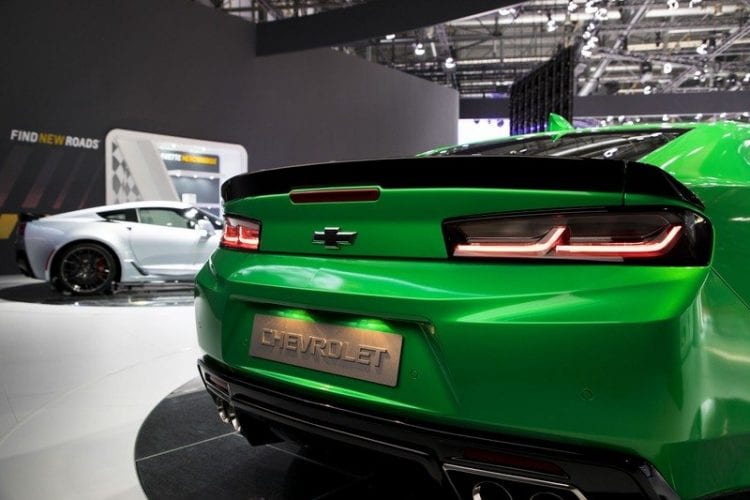 SS takes 4.4 seconds to 60 mph which is respectable time, and while 1LE doesn’t change that fact, it can easily shave some seconds of your lap time, so this concept intends the same.

There are many. We already mentioned aerodynamic bits above and believe us they will glue you to the tarmac once doing your laps. Beautiful black alloys are circled with Goodyear Eagle F1 tires, and just with that fact alone you already broke your old lap record. But there is more! You also have Brembo brakes with as much as six piston calipers, you have individual coolers for the engine, transmission, and differentials capable of keeping your car in one piece after a whole day of track abuse, and electronic limited slip differential saving every tenth that it can manage from wheel slip. Finally, add to everything Magnetic Ride Suspension with the possibility to lower your already low Camaro by 1.18 inches. Nobody is sure whether 2017 Chevrolet Camaro Track Concept is going to materialize in Europe, but let’s be honest and admit it would highly unfair to it if it doesn’t.