If there’s one segment where it’s really, really difficult to stand out from the rest of the crowd, then it’s the midsize luxury sedan. It, along with the SUV and mini city car market, is the most competitive segment at the moment. But, it’s probably the only section out of all to be ruled by the least amount of manufacturers. What do we mean by that? Well, let’s take a look at the SUV market for starters. It’s the host to nearly all manufacturers. Japanese, American, European, you name it. Almost every single manufacturer has an SUV in their lineup, and because the SUV segment is so diverse (small SUV, crossover, luxury, etc.), that it’s a lot easier to find your spot (a niche if you will). With the sedan segment, however, not so much. 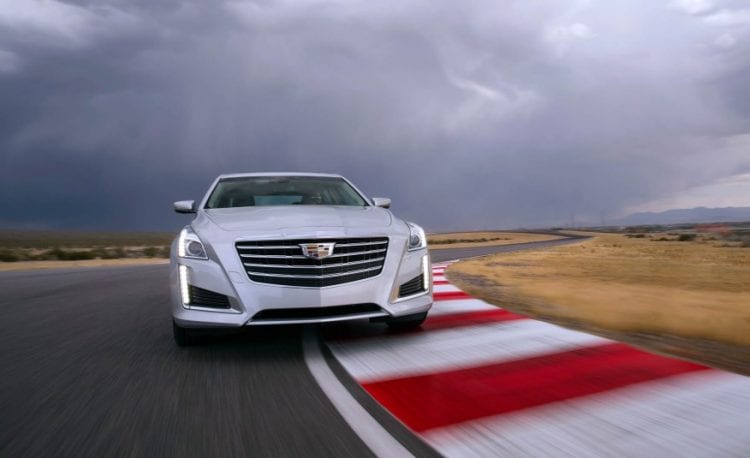 You see, the midsize sedan market is mostly dominated by the Germans. Especially the LUXURY part of it. You have the three big names from Germany all competing in what is possibly the smallest amount of difference and sales in all of automotive history: BMW, Audi, and Mercedes. It’s difficult for an outsider to make a breakthrough in such a segment. That doesn’t mean that they’ve stopped trying, however. Lexus has been doing it with the IS for years, and so has Cadillac with the old CTS, but that wasn’t nearly as successful as they hoped. Once the new generation of CTS arrived, however, it changed all of it. The standard version was able to go toe to toe with Germany’s finest and the ultimate CTS-V edition beat them at their own game, by surpassing the M5 and E63 AMG’s lap times at the Nurburgring.

The 2017 Cadillac CTS is offered in five different trim levels: CTS (base model), Luxury, Premium Luxury, V-Sport and V-Sport Luxury. We won’t go into details regarding the CTS-V as that’s worthy of a separate article itself. Here’s what you need to know. As standard, you get the CTS with 17-inch alloy wheels, Brembo brakes up front, heated mirrors, automatic headlights, rearview camera, cruise control, parking sensors at the rear and dual-zone climate control (that’s automatic). Furthermore, it brings manual transmission, leather-wrapped steering wheel with paddle shifters, front seats which are eight-way power adjustable, faux-leather upholstery, keyless/remote ignition and entry and auto-dimming rearview mirror. 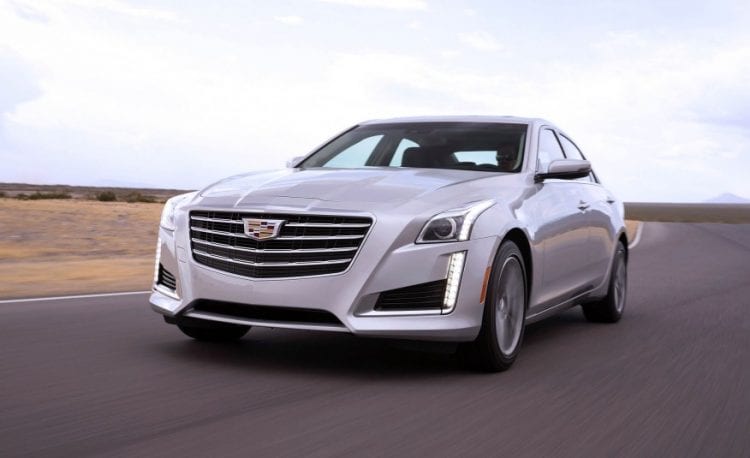 The CTS V-Sport has a different engine, gets all of the Premium Luxury stuff as well as a sports suspension, sport-tuned steering system, driver-selectable Track mode, a limited-slip diff (that’s electronic not mechanical) and better cooling to keep things in check. The flagship CTS V-Sport Luxury adds a sunroof on top (the CTS-V didn’t) and the rest of the CTS V-Sport stuff. 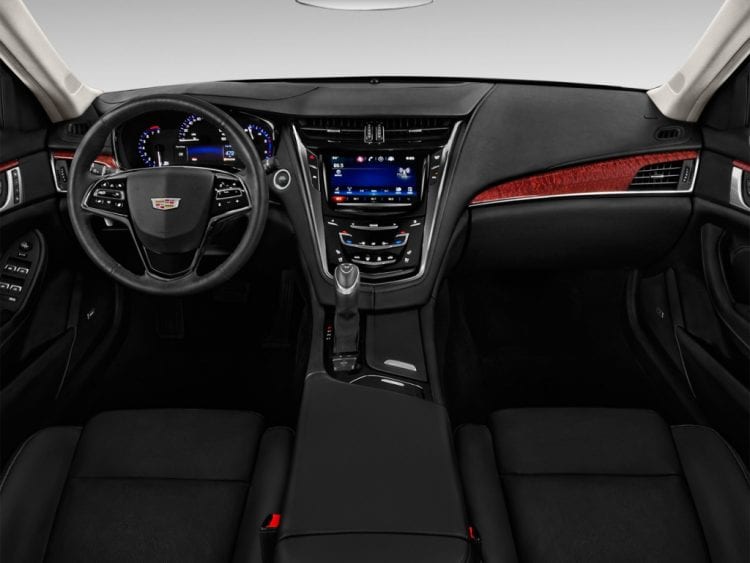 Under the hood you’ll find at least a 2.0-liter four-cylinder unit with a turbocharger, developing 268 hp and 295 lb-ft of torque. It’s paired to an eight-speed auto transmission which delivers all of the power to the rear wheels. If you want you can get it with an all-wheel drive system but it will cost you extra money.

We said at least earlier because the 2.0-liter is the base engine for all CTS’. A 3.6 liter V6 is the much better choice for anyone desiring more power. It has 335 horsepower and 285 pound-feet of torque. It too is mated to the same eight-speed automatic transmission, and you get the same choice: it’s rear-wheel drive as standard, but you can make it all-wheel drive if you want to (and if your pockets allow you to of course). 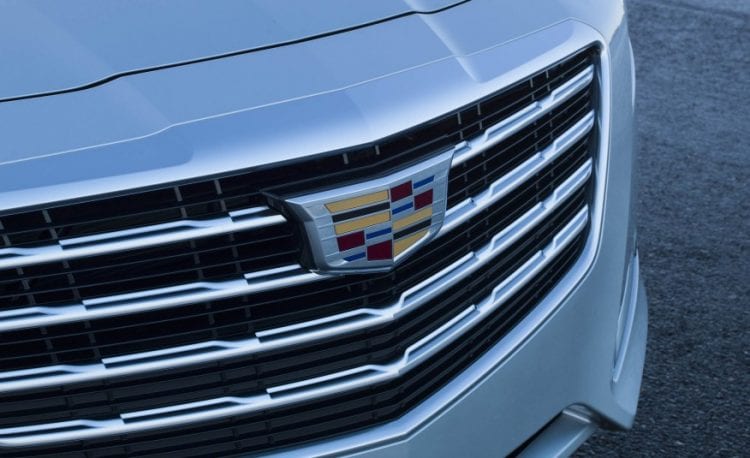 Then we come to the most powerful engine in the range. The V-Sport has the same V6, but this time, it’s turbocharged, offering 420 hp and 430 lb-ft of torque. Again, it’s got the same eight-speed auto but this time you can only have it with a rear-wheel drive. No AWD systems here we’re afraid.

In testing the CTS V-Sport reached 60 miles per hour in just 4.9 seconds, making it one of the fastest cars in its segment. It doesn’t just beat most of the competitors, it obliterates them. Remember, we’re not talking about the CTS-V here. This is the standard CTS which is far less expensive than the actual V model. Granted, the other models in the lineup are a lot slower than it, but even the four-cylinder powerplant can keep its head high, managing to match the competitors’ representatives with four-cylinder units in their midsize sedans. 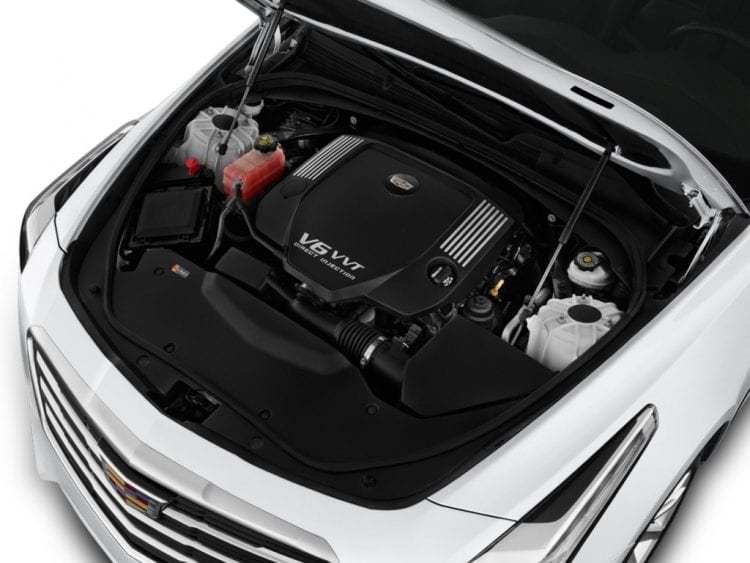 We can’t praise the CTS enough. The last generation was good, but the new one is a revolution. It showed Germany and the rest of the world that not only can America make great cars which could compete with them, but it could make excellent cars which could beat them. And for that, the CTS deserves a special award. It may just be one of the best cars America makes at the moment.