BMW is no stranger to the luxury SUV segment. After all, they’re one of the brands which started it all. The X5 was BMW’s most successful SUV for quite some time, before being overtaken by the much better looking X6. Then followed the smaller X3 which was more of a crossover and now finally, they’ve decided to do the big one: the granddaddy of luxury SUV’s. That’s right, the X7 is happening and here’s why you want one.

First of all, there’s the look. Not only does it bring with it a certain luxury and wealth appearance but its sheer presence is something which cannot be described, only experienced. Far bigger than both the X5 and the X6, it sits at the top of the X lineup, making it the flagship model. Currently, the X5 is available only with tiny third-row seats which are really only suitable for small children and mainly better cargo room behind the second-row chairs. The X7 changes all of that by offering more space for both passengers and items. 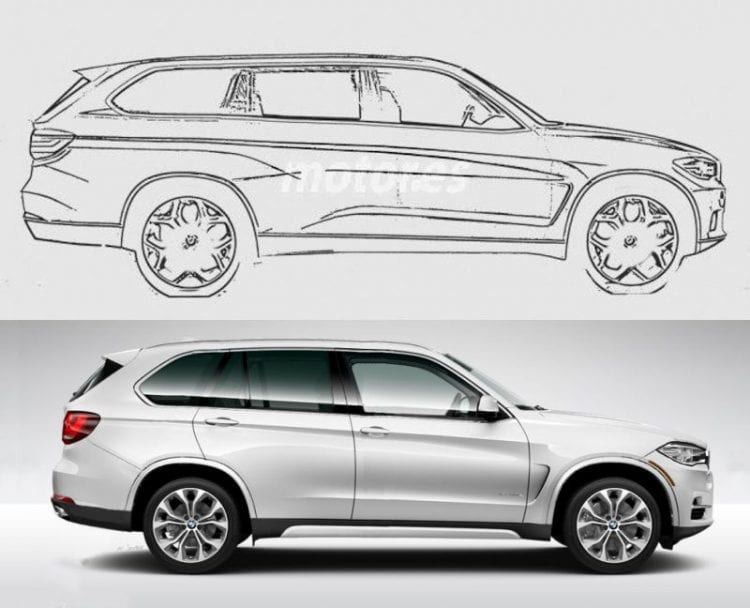 The styling of the X7 is still in development, but some spy shots and renderings reveal what it will most probably look like. There’s no hiding the fact that it’s a big vehicle, but it’s handsome as well. Aimed squarely at the Audi Q9, it shares a lot of its dimensions as well as aggressive design language but with more BMW-esque features than Audi. Unlike the X6 which is based on the X5, the X7 is completely bespoke, i.e. it’s not related to any other BMW vehicle. It will be instantly recognizable as an X7 even to the untrained eye. The front fascia has the same double grille BMW use in all their models, the headlights feature LED technology and the front openings for air are as big as they can get. It’s quite menacing appearance wise. You would certainly get out of the way if it showed up behind you.

The side profile is okay but nothing in particular. It’s X5-like from the front all the way to the middle, but the back differs by being longer as well as slightly taller which gives it an almost SUV-estate-like look. The taillights have LED as well and the small top-mounted spoiler on the back is a nice addition to the sporty package that is the X7. 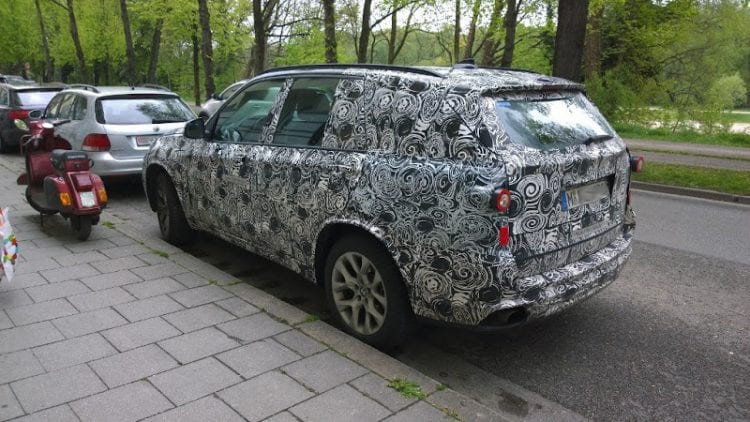 The BMW X7 has been rumored for 15 years, but BMW has never delivered a vehicle that is so far removed from the brand’s core values. However, the current state of the market (even with the rising fuel prices) makes it possible to do so because the desire for medium-to-large SUVs has grown and is growing as we speak.

It will eventually plateau but there are at least a few more years ahead of us before that happens. It will be built in BMW’s Spartanburg, South Carolina assembly plant, which has just celebrated its 20th anniversary. It will also do well in similar markets such as Russia, China, the Middle East and of course, Europe. Although Europe prefers smaller vehicles so maybe the X5/X6 will still be the choice for most Europeans.

We did say that the X7 will look completely bespoke, but that doesn’t mean that it will BE bespoke. It’ll share its architecture with future generations of the X5 and X6. That means it will also have considerable overlap with the 7-series, especially in terms of electronic gear and available infotainment and assistance systems. Despite being much larger and more equipped, it will weigh as much as the X5 thanks to sophisticated new materials such as lightweight aluminum and carbon fiber. 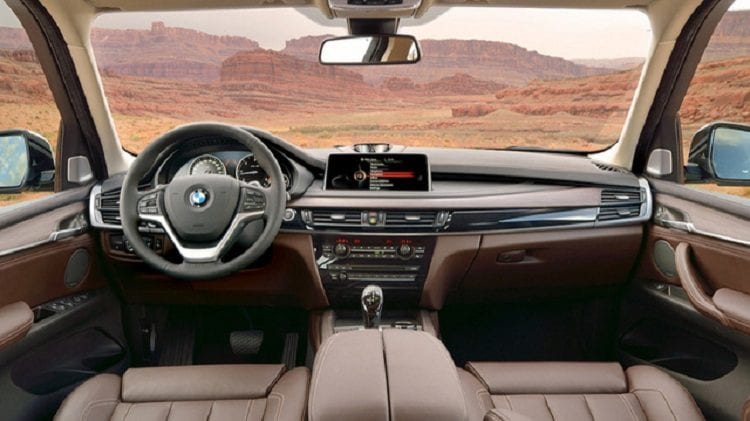 There are no images of the interior but do we really need them? BMW uses similar if not identical styling and materials in all of their vehicles, so it’s only logical to presume that the X7 will have the same dash and cabin as the X5/X6, albeit slightly more luxurious perhaps.

Expect the latest technologies and the newest features to be built into it. It’ll be a higher, off-road capable 7-series minus the extra leg room in the second-row. As far as big luxury SUVs go, certainly nothing this side of maybe an Escalade or a Navigator will be able to match it in terms of actual materials and especially technology.

The U.S. loves their petrol engines most of all, so the X7 will be offered with turbocharged inline-six and V-8 gasoline engines, a straight-six diesel and even a plug-in hybrid variant. We might even see a turbocharged four-banger (both diesel and petrol), but the size of it might leave those options out. An M version is inevitable, although how far down the road no one can say. All-wheel drive should be standard and all engines will be mated to an eight-speed automatic. 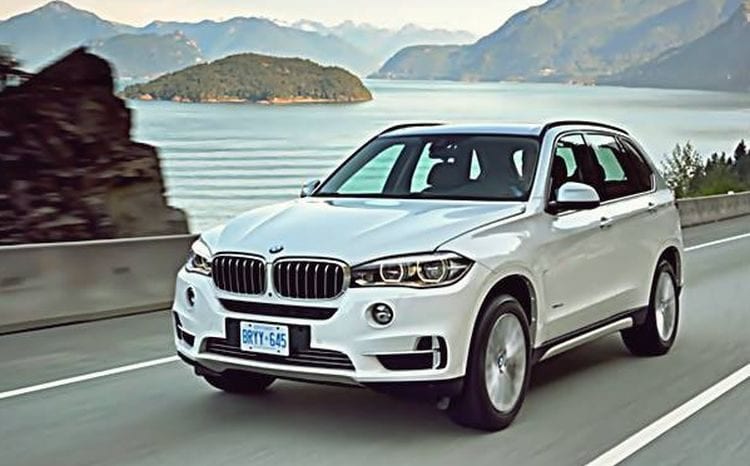 The competition is basically all of the luxurious large SUVs: Audi Q7, Cadillac Escalade, Infiniti QX80, Land Rover Range Rover, Lexus LX570, Lincoln Navigator, Mercedes-Benz GL-class, Toyota Land Cruiser. BMW themselves say they aim the X7 at the other German made SUV, the Audi Q7. It’s the closest thing to the X7 so it’s only natural that the rivalry there is strongest. 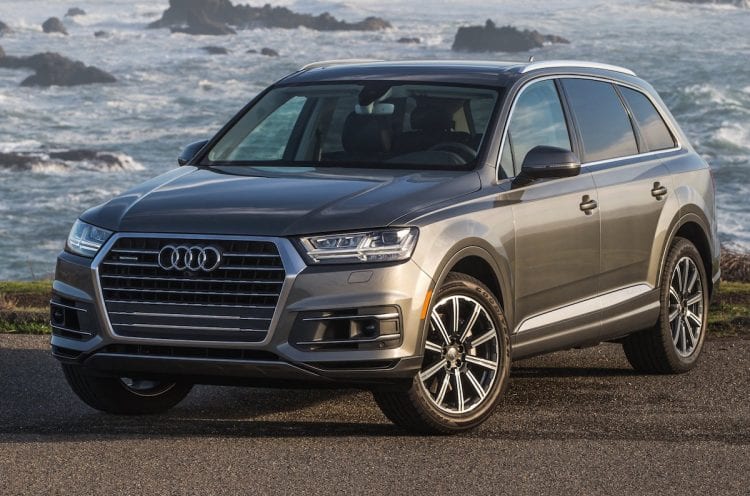 It will arrive in 2017 as a 2018 model but there are no details of the exact release and sale dates. Expect it to be launched somewhere in the summer of 2017, i.e. mid-2017. It will fetch $60K for the standard car and prices naturally go up as you add more stuff to yours. This being BMW, you can add enough stuff to nearly double the price of your BMW X7 and should you go for the X7-M, maybe even triple it, who knows. 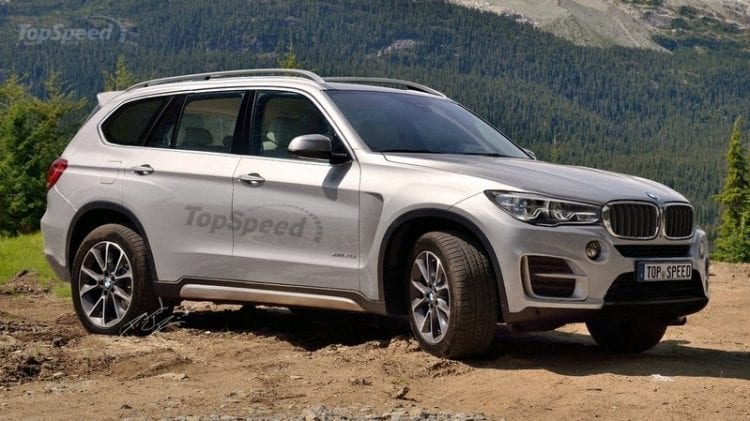 One thing is for certain, however: it will sell out the moment it’s released. The buyers love it and for a good reason. It’s arguably the best looking, has the best sporting credentials and it’s a BMW. If that doesn’t make a statement we don’t know what does.