BMW has been considered as the creator of an SUV-coupe segment with famous X6. Let’s not enter into the discussion whether SUV can be a coupe in the same time, and let’s not mention that Ssangyong Actyon was actually first off-roader with the sloping roof. There is no discussion, whether a special line of roof mounted on bulky, questionable in the term- “all terrain” vehicles, attract the attention of buyers. Normal path for BMW after X6 was applying the same treatment to X3 and voila we have X4.

It looks better than X3, and that was the whole idea. It even looks better than X6, which you probably called whale before, so this would be considered as a dolphin. Somebody mean would say that it resembles arched cat, but indisputably it is nicest SUV in BMW‘s line up. Whether you like it or not, mixing breeds from the different segment is here, and it has bright future. 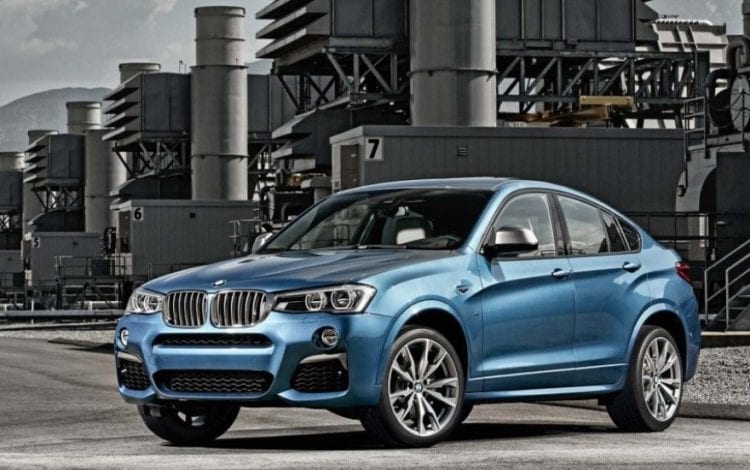 There are just two choices for the USA as xDrive35i has been removed as an offer. You can opt for turbocharged 2.0-liter inline-4 that’s rated at 240 horsepower and 260 lb-ft of torque which is enough for a run from 0 to 60 mph in six seconds, and all the way to the max speed of 130 mph. This should be sufficient for most drivers, but if you are shopping for sublime numbers dare to go for M40i with turbocharged 3.0-liter inline-6 that makes 355 hp and 343 lb-ft of torque.

So, now you think what is so sublime with 355 hp, and you could be right, but with 0 to 60 mph done in 4.7 seconds, we certainly love it. Both engines are paired to a smooth shifting 8-speed automatic and both features AWD, respectively BMW’s xDrive system which splits power 40/60 but can send 100 percent of the power to the rear wheels as traction varies. So, amazing figures and possible rear-wheel drive SUV, German car maker shines on its turf again.

This is BMW, so we expect a lot, regardless its rather tall stance. And it delivers. XDrive is more tailored for performance than for offroading, thank you BMW, and forget about oversteer and body motion. This is fun SUV, and if you opted for M40i you’ll get calibration for its all-wheel-drive system and automatic transmission, a sportier suspension tune, quicker steering, 20-inch wheels, and a sport-tuned exhaust system with a resonator, which in total boosts fun factor. The only thing that needed extra attention of engineers are brakes, which are not good as rest of the package is.

2017 BMW X4 gets X3 interior, and there is nothing to be ashamed of. Quality is as with every BMW, highly rated, firm and powerful sense of refinement, quality materials and special seating position, much better than elevated one in Audi Q5 older model, leave no doubts for the potential buyer. Now comes the tricky part. Mingling with coupe took its toll as headroom at the back is shrunk same as cargo space, but when beauty doesn’t come with a price? You can also feel safe as five stars overall in federal testing has been awarded to this guy.

Price for xDrive28i starts at $46,245 while M40i starts at a $58,795. So is M40i crazy expensive? NO. Again it’s 4.7 seconds to 60 mph. Anyway, X4 doesn’t disappoint, it delivers everything expected from BMW, and it really looks good. If you are worried about the space at the back, just send your kids in a taxi if they overgrow it.