Rumors regarding the BMW X2 have been circulating the internet for almost 5 years now. There have been some renderings but nothing from BMW directly… until now that is. The X2 has been confirmed and it’s basically to the X1 what the X6 is to the X5. A much sleeker vehicle built for people who value aesthetics over some practical benefits (and don’t care about the price as much obviously). The main rival of the X2 is a British small crossover SUV called the Evoque. You may have heard of it. It’s built by Range Rover and it “only” caught on in a massive amount in the past few years. The 2017 BMW X2 joins the crossover sector along with its already established brothers, the X4, and the X6. The underbody will be based on the second-gen X1, carrying the same UKL platform (the one in the Mini Cooper and the BMW 2-Series).

The exterior of the X2 was sadly camouflaged in the spy shots but a few things can be concluded from the pictures. First of all, it’s sleeker and much sportier than the car it’s effectively based on, the X1. The front fascia (the nose all the way to the B-pillar) should be identical to the BMW X1, as it’s the back where things differentiate. 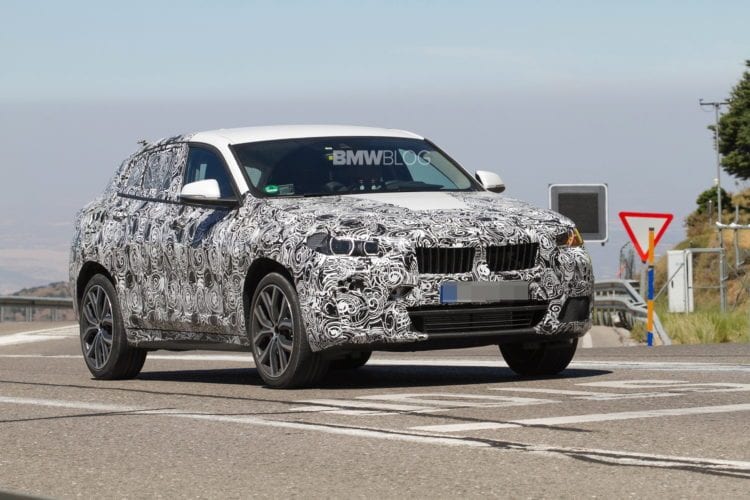 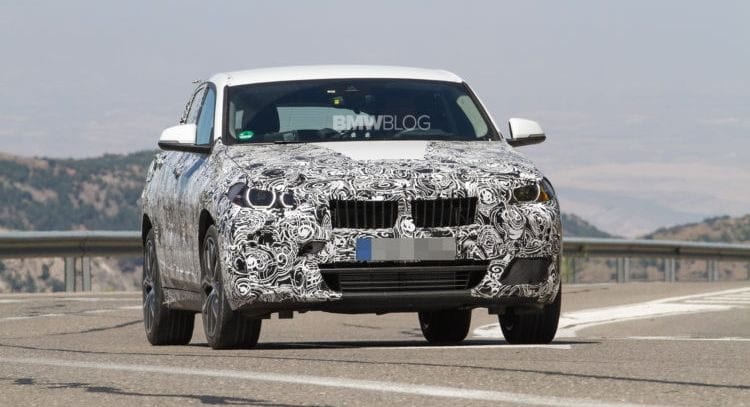 The roofline is much sleeker with a sloping design going all the way to the back and the rear fascia has been decked out in a much different appearance to the X1’s. The rear overhang is shorter but the front remains the same. Interestingly enough, the wheelbase appears to be the same (judging from the pictures anyway), which means that there is a compromise either in legroom or boot space since there’s effectively less room out back behind the rear wheels. 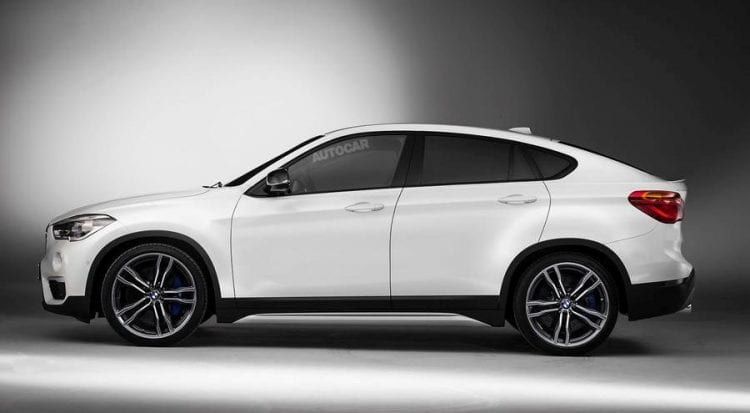 The X2, being based on the second generation X1, will benefit from the design language of the X1. This means that there will be a big twin-kidney grille up front, longer and sleeker headlamps, a much bigger air intake and a slightly more aggressive bumper. It resembles its bigger brothers, the X3 and X5 a lot, but it’s like a scaled down version. Imagine an X3 scaled down to 90-95% and you’re about there. 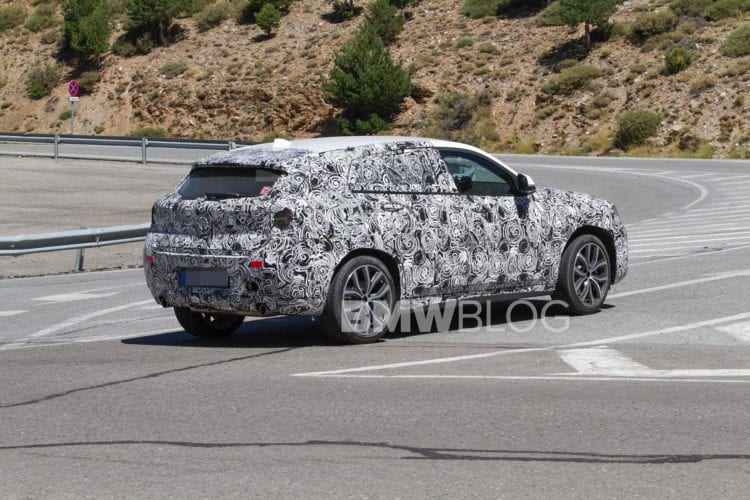 The rear was the biggest mystery as it was camouflaged the best (due to reasons that it’s the section where the X2 is most different to the X1), so we had some trouble defining what’s what. However, you can clearly tell that the bumper is different, the tailgate is shorter and so is the windscreen at the back. The taillights fitted weren’t production ready, so we’ve yet to see those but BMW will mostly likely borrow those from the X1. All in all, an easy 8/10 even with all of the camo paint. It’s a handsome looking car.

We can’t comment about the interior to the extent that we did about the exterior but suffice to say, it wouldn’t be too far off to expect it to be almost, if not identical to the BMW X1’s. With the X1 getting the new dashboard design, the floating infotainment display and the redesigned AC vents you can be a hundred percent sure that the X2 will have the same things as well. 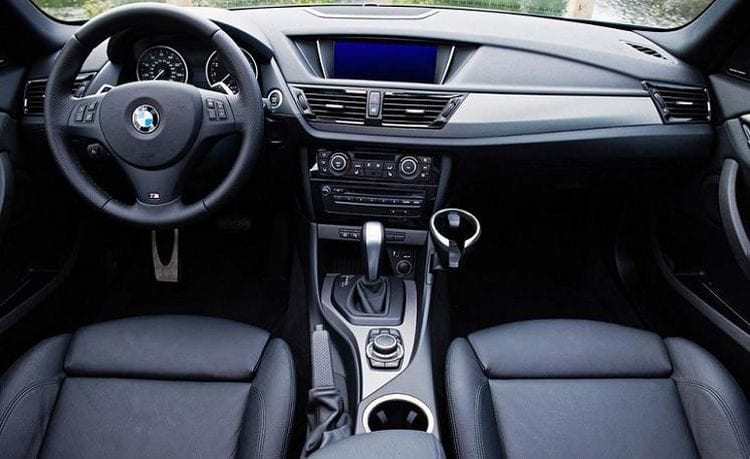 As standard, you will get (probably) a seven-speaker audio system, a multi-function steering wheel wrapped in leather and cruise control. Standard seats come with cloth but this is BMW so you can have them in leather. A larger 8.8 inch is expected to be optional as well as a 12-speaker Harman Kardon system. A panoramic roof should be a costly edition but one that a lot of people go for.

Legroom should remain the same but headroom will be compromised thanks to the sloping roofline. The shorter rear overhang should mean that you get less boot space as well but to what extent we don’t know just yet. Still, at least you get the same comfort as you do in the X1. On the safety side, you will get all of the systems imaginable such as traction control, stability control, ABS, lane departure and a lot more.

The hood will house the same engines too. The lineup consists of a three-cylinder gasoline engine, a four-cylinder and a couple of four-cylinder diesel. It will be front-wheel drive as standard with the option to make it all-wheel drive should you go for BMW’s AWD system. It will help out a lot in snow and water, we definitely recommend it.

The base model in Europe will be a 1.5-liter three-cylinder with just 136 hp. Mated to a six-speed auto it will only transfer its power to the front wheels. Second on the list is a 2.0-liter four cylinder developing 192 hp in 20i versions and 231 horses in 25i versions. Both of them are much better than the small three-cylinder performance-wise. 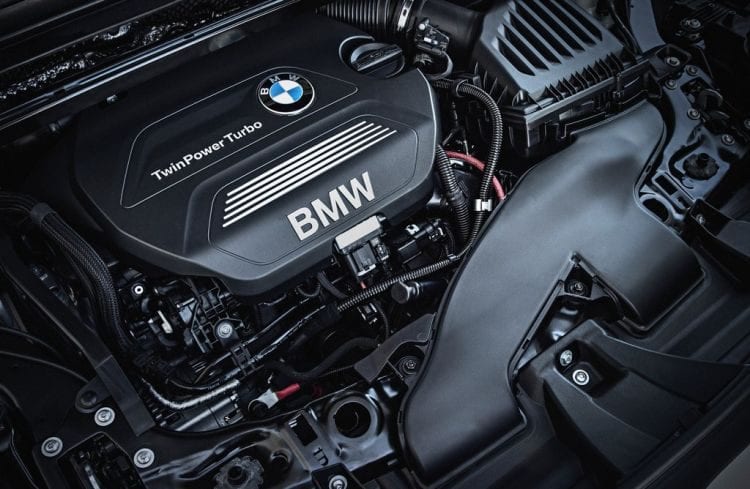 The diesel lineup consists of a 2.0 four-cylinder unit with 150 hp in the 18d model, 190 hp in the 20d and 231 horsepower in the 25d model. If you want economy, go for the diesel. Even the smallest diesel has more than enough grunt to pull the X2 at a decent pace. The top of the line 25d, however, is something to behold. For a diesel, it’s incredibly powerful. In fact, it may be a better choice than the 231hp petrol even for petrolheads.

Every U.S.-spec X2, on the other hand, will have a 2.0-liter four-cylinder unit. The output is slightly down at 228 hp but it has a meaty 258 lb-ft of torque. It will be four-wheel drive and coupled with the eight-speed auto it will enable the car to reach 60mph in a quick 6.3 seconds. The top end is 130 mph which is more than enough for what it is.

It’s early to talk about prices but if we consider the X1’s starting sticker of $35k, it’s reasonable to expect around $38k for the BMW X2, and it is officially confirmed that it will debut at Paris Motor Show.