BMW had already established mid-size and full-size SUV as X3 and X5 are well-known names in the market, but something didn’t let it rest on laurels. It dared and decided to play first in compact SUV segment and offered X1 in 2009. Audi followed two years later with Q3 and Mercedes followed three years after Audi with GLA. The first generation was based on 3-series touring version and had rear wheel drive, besides AWD would be unusual for the segment but highly expected from BMW.

Even we know that the first generation was sale success, BMW decided to push the reset button and in 2015 offered quite a different second generation. Now we are about to see what is so special about 2017 BMW X1.

As mentioned, the previous generation was based on 3 Series, and it looked like an elevated estate. The second generation took 2 Series Active Tourer platform, and it resembles its donor in shape. The silhouette was totally different than before, with much more visually increased height and much more SUV-like look. The overall appearance had that premium BMW sense, and the whole car seemed bigger than before.

The cabin layout is also totally different than of the previous one. Sitting and dash position is different, and styling resembles the donor 2 series MPV. As for gizmos, there is 8.8-inch touchscreen mounted atop of a center console controlled by the usual iDrive knob. New configuration offers more generous feeling of space with plenty of headroom while leg room also follows pretty close. Don’t try to force three adults in the back and don’t carry too much luggage as cargo space is 27.1 cubic feet, which is actually good for premium part of the segment but it falls short of less prominent brands. 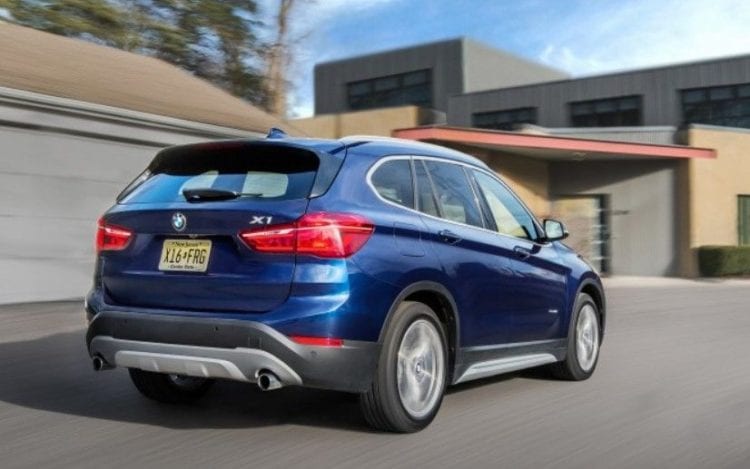 In the US there is only one choice, but in order to shut up any complaints about that, BMW offered direct-injected 2.0-liter inline-4 rated at 228 horsepower and 258 pound-feet of torque. Mated with 8-speed automatic transmission and paddle shifters, it races to 60 mph in respectful 6.4 seconds. That is enough as a statement. Fuel efficiency is at very good 26 mpg combined. With Driving Dynamic Control, you can choose Sport, Comfort, and Eco Pro modes, which pretty much change the whole nature of driving and sadly, respecting that nature, BMW left out Sport+ mode.

Anyway, on the road it behaves as part of the brand, it is crispy, responsive and quite soothing for you confidence while cornering. As with all new BMW’s electric steering systems communication could be on the higher level. To conclude, in ride department everything is good but not BMW’s great, as the transformation to the FWD took its toll on special appeal that it had before. For off-roading xDrive is doing a good job as long as you don’t ask too much of it and respect its basis.

Starting price is $33,000, and it doesn’t offer much with it. Standard equipment includes SensaTec (synthetic) upholstery, a leather-wrapped steering wheel, automatic climate control, a power liftgate, adaptive cruise control, an AM/FM/CD audio system with seven speakers, Bluetooth, a USB port, 18-inch alloy wheels with run-flat tires and with couple of things more that is pretty much it. For rest, you have to browse through Luxury, Technology, Cold Weather and M Sport package along with some additional stand-alone options.

2017 BMW X1 is a result of rational thinking. It lost RWD, making it cheaper and easier to build while offering more space, but at the expense of BMW magic driving appeal. Despite that, nobody should worry as good looks, great engine, and sublime build quality is here to cover that up.