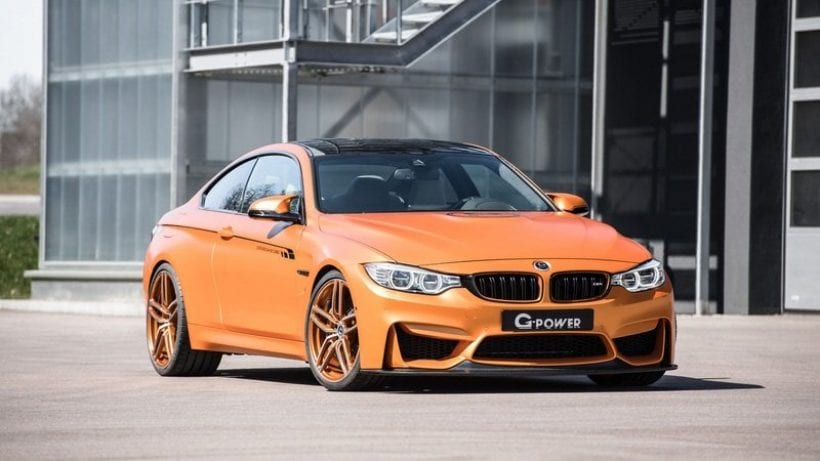 If you want to go more special thing, M4 is yours for $67k, and if you really have the desire to stand out, double that price and take M4 GTS. There is even something upcoming with the intention to settle between those two and that would be the CS version. Besides all that, you can choose to take your M4 and go a separate way in search of uniqueness and in that case you might end up with 2017 BMW M4 By G-Power.

It is the thing that you get when you purchase regular BMW M4 and visit G-Power, which is a well-known German tuner. In that case, you can count that your car will stand out in the sea of regular M4s, thanks to visual tweaks as well as ones under the hood, and you can be sure that you are not going to meet a lot of similar stuff on your usual driving routes.

Styling approach was quite expressive, so you probably crave for it or can’t even look at it. That is mostly due to matte orange color covering the body, being joined by gloss black covering grille surround, front lip, diffuser, decklid spoiler, along with some stickers on the side. 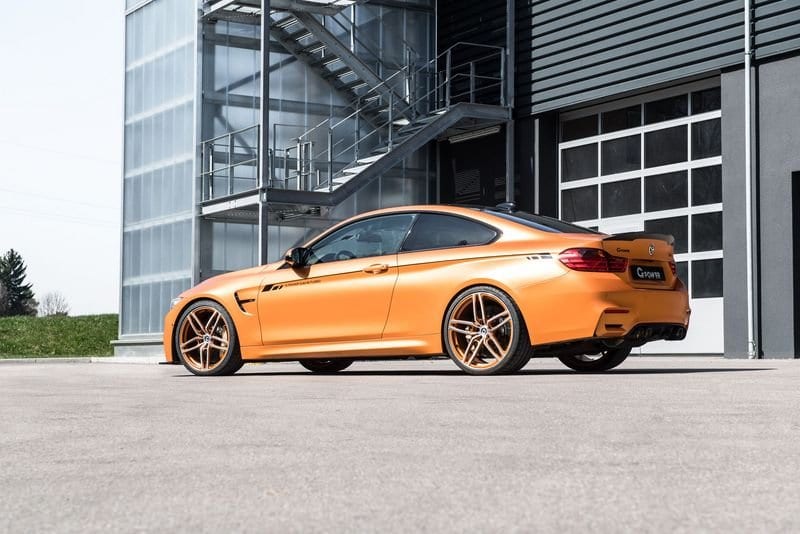 Also, added front lip, more aggressive diffuser and rear spoiler are not here just for show, as more downforce is guaranteed. 21-inch alloys wheels are a separate story. They are two spoke ones, as you can get with regular M4, but here spokes are thinner and more interestingly shaped. Plus to that alloys are painted orange and do fit perfectly to the similarly treated body.

In this case, G-Power hasn’t made any changes to the cabin. So, you’ll have to settle for things that came out from the factory, which is far from bad keeping in mind that you have plenty of customization opportunities with the regular offer, especially if you go for BMW Individual program. 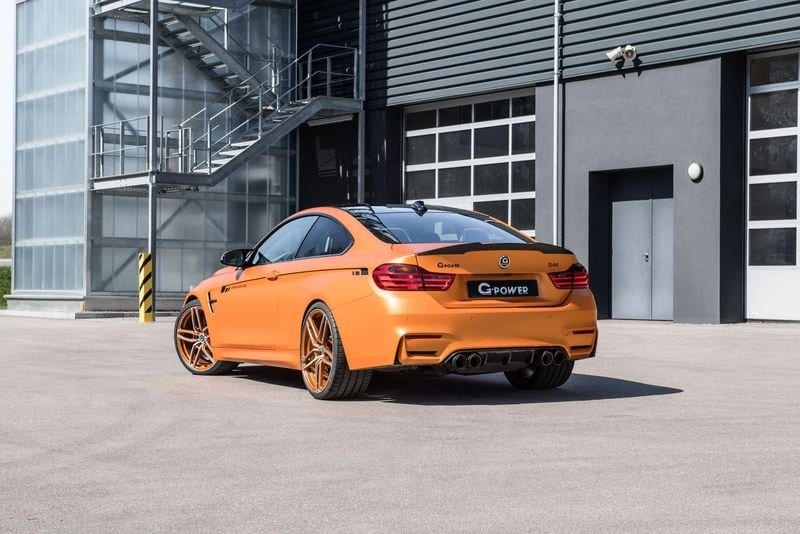 Biggest work was done under the hood. G-Power already offered tuning option for M4, but now it came with a new module named Bi-Tronik 2 V4 which is capable of boosting power for 70 hp more than in the previous module. So, now 3.0-liter twin-turbocharged I6 delivers 670 hp and 560 lb-ft of torque, which is an enormous increase from 444 hp in regular M4. 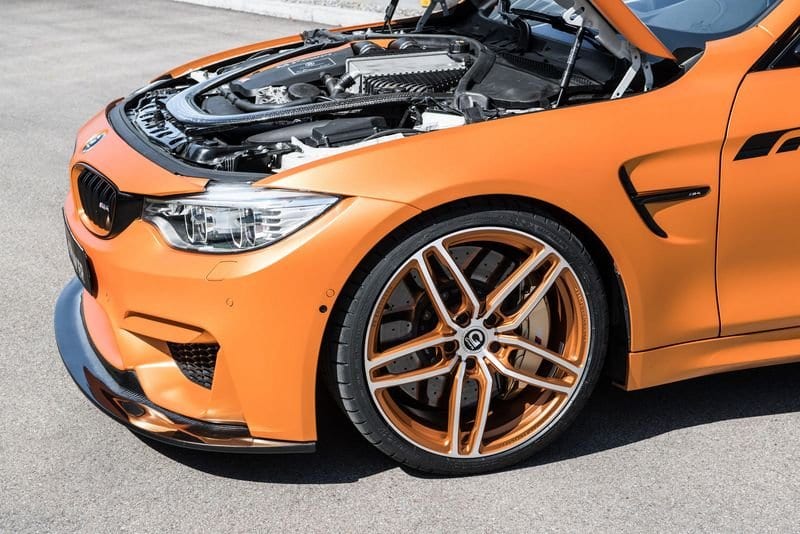 Your new M4 could reach 60 mph in 3.5 seconds or three-tenths quicker, and it won’t stop at 163 mph, but it will continue all the way to 205 mph. Yet, it wasn’t all about the new module as in order to allow your car to travel more than the couple of thousand kilometers without the need of engine overhaul, several other modifications were done. One of those would be the installation of new turbocharger’s compressor and turbine with blades more effective in reducing exhaust gas temperature.

2017 BMW M4 By G-Power will ask additional $20k on what you already paid to BMW. If you dig its looks, the amount of payment might prove justified considering how much more power you are getting. If orange is not your thing, there are other tuners to turn to, but most of them are circling around 500 plus horsepower figures, with exception of CarbonFiber Dynamics which went as high as 700 hp, so it is up you to decide.