BMW has evidently lack boldness in its moves in the post-Bangle era. But only until 2013 when it pulled the boldest move ever upon introduction of the i8 model. I8 was a sports car, and that wasn’t new for Munich, but being a plug-in hybrid definitely was. Combine that with looks that almost hasn’t changed from 2011 concept, and we have a pretty surprising thing from Germans. Hunger of modern buyers for uniqueness and awkwardness was satisfied, and i8 became best selling plug-in hybrid sports car in the world, although honestly, competition is far from numerous.

After sales peak in 2015 i8 entered declining course for next year and since it is too early to speak about any successor Germans are trying to shake us with special editions, and newest one would be 2017 BMW I8 Protonic Frozen Black Edition. 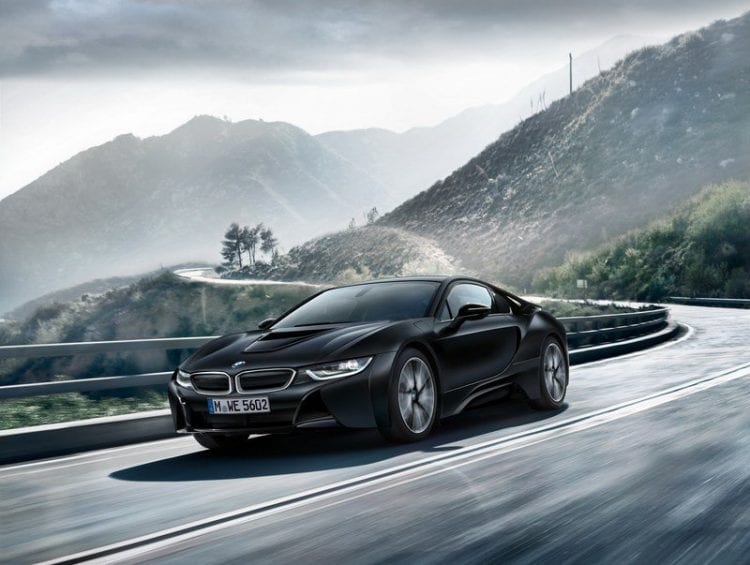 Keeping in mind that at the launch there were three available base color options for regular model, so we clearly have more options within special editions as far as paint is concerned, which is more than unusual.

WHAT DO YOU GET

With Protonic Frozen Black Edition you obviously get black color and some other things trying to justify special edition moniker. In order to avoid confusion with other models, it features pretty deep black coloring and Frozen Grey Metallic accents. The cabin also received some moderate changes, door sills carry the name of this version, and black upholstery is contrasted with yellow stitching on the seats, the dash, the doors and on the floor mats.

Besides that, headliner carries anthracite coloring, seat belts are gray and shifter has ceramic applications.

Combine all that and you’ll and up with a total output of 362 hp and 420 lb-ft of torque, making this Beemer capable of reaching 60 mph in 4.2 seconds as carrying along to electronically limited 155 mph. These are definitely not mind blowing figures in its $140,000 price class but are very hot for the world of plug-in hybrids. 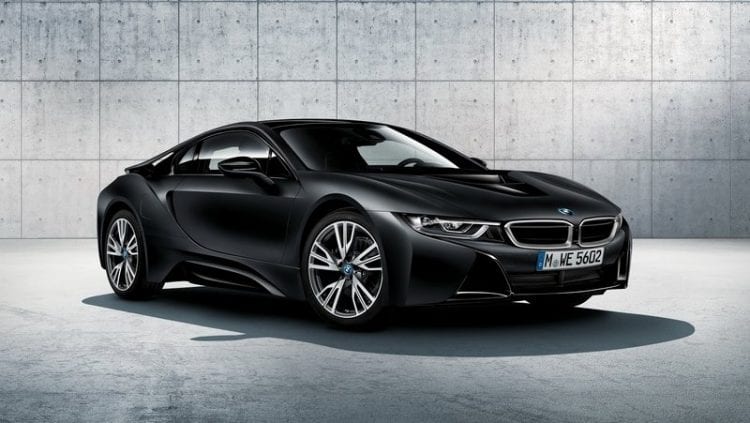 2017 BMW I8 Protonic Frozen Black Edition SHOULD YOU?

Should you buy 2017 BMW I8 Protonic Frozen Black Edition? If you are searching for something unique and special that would set you apart, then it is not the car that will suit that purpose, because nobody will set it apart from regular model besides you. The problem with all of this is labeling it as special edition while it pretty much carries new color and not much besides that and as we see i8 has done that more than once so far.

On another hand, if you are interested in i8 which is a special thing by itself you may find this color option interesting if black is your thing. In that case, prepare yourself for Geneva as that is the moment when this unique version is going to present itself to the public.