2017 BMW 5 Series is nearing its final stages of the trials. It has been spied over and over again, wearing heavy camouflage while testing. The German carmaker has been feeding us with information regarding new 5 Series little by little, and by now we can almost completely grasp just what it will look like. We know what engines it will have, what technology it features and most importantly what would it be to drive the new 5 Series. The only thing that still stays in the mist is the official presentation. While many believe that BMW will present its G30 5 Series at the upcoming Paris Motor Show, others claim that we will have to wait until Detroit. According to sources, Paris is reserved for the worldwide presentation of BMW X2, and because of that, the 5 Series will have to wait until Detroit Auto Show.

First and most importantly new 5 Series will be built on a completely new platform and will feature new chassis. New underpinnings won’t be much different in terms of design, but more focused on the use of new materials like aluminum and carbon fiber. This will make the car lighter and will improve fuel economy. Not to mention that driving dynamics will be on a whole new level. 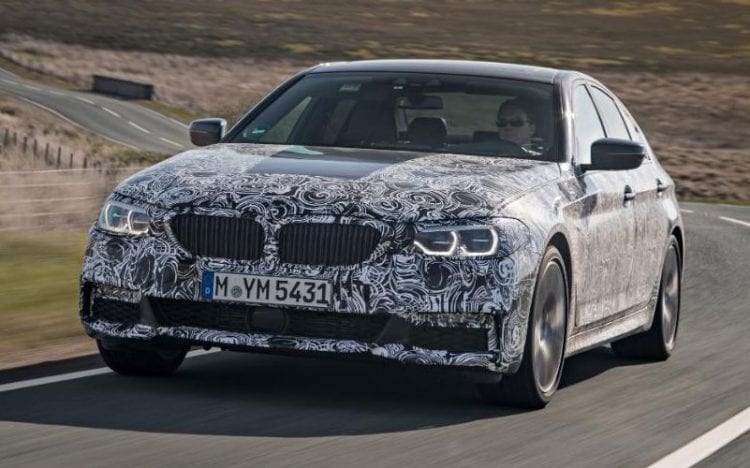 Exterior wise, from what we saw on spy photos, this sedan will not be all that much different from the previous model. It will be lighter as we mentioned, but it will at the same time be bigger; length is increasing, and it is expected to be a bit wider. This is all being done to improve cabin room and to make it more comfortable for passengers, especially for those who are sitting at the back. Headlights and taillights are going to remain completely unchanged and will feature LED technology just like we are accustomed by BMW.

Lots of people are calling new 2017 BMW 5 Series a little 7 Series, and that is because of the similarities in design, and technology that’s going to be transferred from 7 Series to new G30 5 Series. From what can be seen on spy photos steering wheel and AC controls look nearly identical to those we have on 7 Series. Even the LCD screen that is occupying the central part of the console looks very similar to the one in the big brother.

Under the hood, the new 5 Series will probably feature the latest generation of BMW engines. These include BMW’s turbocharged four and six-cylinder units, B48 and B58 respectively. New engines that will most likely be showed in 530i and 540i models will come as a replacement for those previously used on 5 Series.

Inline six diesel powertrain that was already used on 530d will probably keep its place in the lineup, while the plug-in hybrid is still being considered. At this point, it is unknown what will be of BMW’s 4.4-liter twin-turbo V-8 available in 550i, and in the 7 Series. Rumors say that BMW is working on a new 4.0-liter V8 that could find its way to the new 5 Series.

The official presentation of 2017 BMW 5 Series is expected in the upcoming months, probably at the Paris Auto Show. If this fails to happen, then it will 100% be going to the Detroit Auto Show. 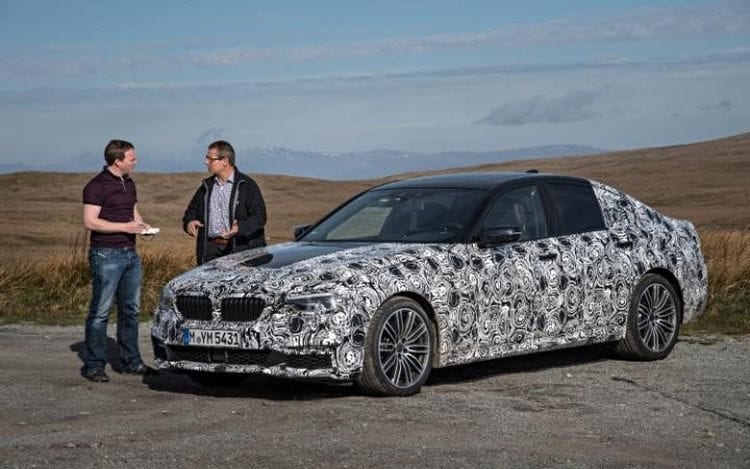 Regardless of this, the car won’t be available on the market before the start of the next year. Price could be higher than it is for the ongoing 5 Series which starts at $50,000. Some reports suggest that the new model will start at $58,000 for the base version.