BMW is on its way of losing its number one spot under the lights as Mercedes is obviously top seller of luxury vehicles in 2016. After ten years of BMW’s reign change has come and reasons for this could be many. Whether you criticized it at that time or not, it is clear that Bangle era was golden one for Munich car maker.

Despite BMW has been forced to the drawing board by its rival, new era of radical styling is not in sight. It chose a different approach, and 2017 BMW 5 Series is a good example of it. Welcome to the era of concealed perfection. 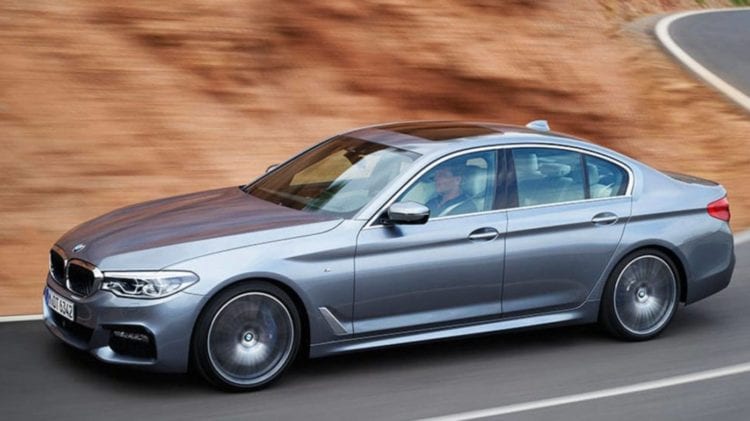 Audi persistently stick to its very narrow design philosophy while never letting anything stray away, and in the end, it worked out well for them, so Merc took the same approach in recent years, and it exploded in sales. It is clear that brand instant affiliation is more appreciated than distinctiveness between models in today’s market. It was natural then for BMW to follow and for the first time it did. It started same as the rival from Stuttgart, and new 5 Series is seemingly smaller 7 Series, while new 3 Series is probably going to be an even smaller version of it.

When you looked outgoing 5 Series it was “nearly” perfectly beautiful, it was just that one thing that was keeping that “nearly” alive, and now it is gone. That dose of missing sharpness has been added, and it is strikingly handsome, especially at the rear. Its looks won’t knock you down on the floor, but gradually over time it will steadily leave you breathless. And finally, the body is saying the whole story about driving dynamics.

Mentioned era continues its work here. It hasn’t changed drastically from the older generation, and it is not lavish at first sight as the E-Class. If you take every line of old interior and bend it in a way for it to look perfect, you will reach this result. Every feeling of initial disappointment is the guilt of our mind that is trained to look for a big change in every new generation, but by the passage of time you will be totally consumed by its elegance and bespoke clarity, and you wouldn’t trade it for anything.

Materials are on the completely new level and build quality, that actually worsen after E60 model, is again in top shape. Beside new level of refinement, followed by total lack of noise, practicality has proper figures too as space is abundant and the boot is massive. One more thing is massive, and that is beautifully styled 10.25-inch infotainment screen sitting at the top as the king of the dash. 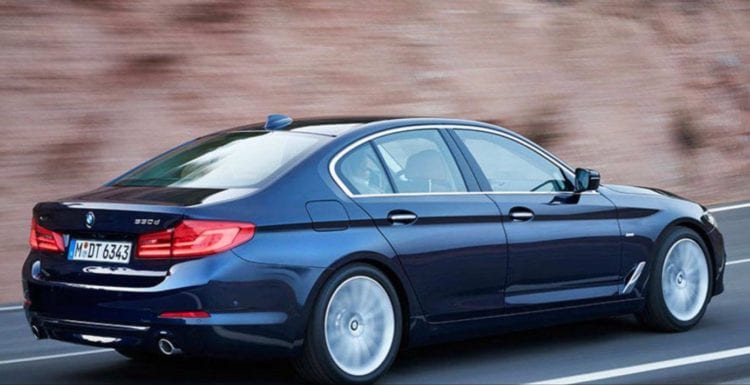 As with BMW, there will be lots of choices, and every one of those is the perfect blend of power and efficiency. Despite engine line-up is smaller with this generations, it still suits all preferences. From 520d and acceleration time of 7.7 made possible by 190 hp, to 530d with 265 hp and 0-60 time in 5.7 seconds and finally to even more brutal 540i with 340 hp and blistering 5.1 seconds to 60 mph and we all know that it’s not going to end there.

It is not floaty as Mercedes S-Class, and it is not as capable as Nissan GTR, but it is the perfect blend between the two. No car in the world can hit the highest marks in cushiness and grip at the same time, but 2017 BMW 5 Series found the perfect line between it. It is perfect drivers limousine, letting you feel every inch of the apex while never hurting your back.

Since concealed perfection is not instantly visible, there are some bits to catch you gaze at first while letting real thing to do the rest. For tech enthusiasts, the car can take a picture of its surroundings with your help while you use the certain app on your phone, you can play with infotainment by swinging your hands in the air, and Apple CarPlay can work wirelessly. And as for the drive on the highway, this thing can do it alone, but it won’t let you pull out your hands, at least for now.

As for 2017 BMW 5 Series, everything is already said, and it is up to you to make that additional effort and look beyond sparkle and glitz of some rivals, so you don’t miss actual perfection.