We first saw the Bentley Mulsanne in 2010, when it replaced the Bentley Arnage, the famous luxury limo from the mentioned company. After six years in service, it’s finally getting the mid-life update it deserves. There were some rumors of the update taking place, and even pictures speculating the restyled vehicle, but we can finally say for sure that the Mulsanne is here.
Rather expectedly, the looks of the Mulsanne are pretty much the same, keeping in line with Bentley’s tradition of not changing the looks of any of their vehicles. Bentley isn’t exactly keen on re-styling an entire car, but rather smoothing out the edges if you will. They will gladly iron out any imperfections or improve on some styling features, but like always, the overall design will remain the same and in line what iconic models in lineup offered.

Now, while Bentley doesn’t support radical changes in any way, they are very much on the market for fast luxury limos, which is apparent looking at the Mulsanne Speed. Along with the “standard” Mulsanne, their Geneva Motor Show stand was decorated with a long wheelbase version, and the one we’re most interested in, the Mulsanne Speed. Yes, Bentley brought their fastest and most powerful limo ever.

Just like the case with the standard, or even long wheelbase Mulsanne, the Speed has remained largely the same. We’re sorry to say this, but if you came here thinking it would be a whole lot different than the rest of the range, you’d be disappointed. Still, in a classic Bentley fashion, they have garnished it with some unique features and styling cues, as well as some subtle changes in the interior. The big news here is under the skin, but more on that later.

First, let’s cover the exterior. Like said, it’s the classic Mulsanne shape, but the keener one and you will notice the subtle changes. Changes like the new, much wider grille, a sportier air dam, and even LED headlights, keeping up the trend with the rest of its competitors. The round headlights in the front, distinctive to the Mulsanne line are still here, as are the smaller direction indicators. One thing the front fascia has, which you might not have noticed, is the black background on almost every styling detail, giving the car’s face a meaner and more assertive look.
The profile look of the car still retains the limo roofline and that convex body line, with the extremely flat but elegant surfaces that are the doors and the quarter panels. At the bottom there’s a B-shaped vent, just in front of the front door, scooping downwards and flowing into a chromed trim piece running all the way to the rear wheels. It too has been blacked out for maximum visual appearance.

The rear taillights have received the same tinted treatment, radiating a much darker color. Even the traditional chromed outlines have been replaced with a darker tint. As good as it looks in the day, it is killer at night. Other than this there are 21-inch bespoke wheels dubbed “Speed” for the Speed model alone, a rifled exhaust at the rear and the logical Speed badging. All in all, an improvement of an already great looking vehicle.

The interior is mostly a carryover from the base model. The biggest differences here are the standard Mulliner Driving Specification package, diamond-quilted leather wrapped around the seats and the door panels, and some Speed-exclusive options. The fit and finish in the cabin are second to none, only being comparable to a Rolls-Royce perhaps. If luxury is a priority on the list for you, there is no other car on the market coming close, and we suggest you to try out this piece of art from Bentley.

The amount of luxury on offer is simply ridiculous. As if the finest leather and softest materials aren’t enough, you get a choice of 13 different hand-selected wood veneers, so you can’t even complain about the exclusivity. It’s really a matter of how much you want to take it. With all these options you can be sure that your car will be unique and different. 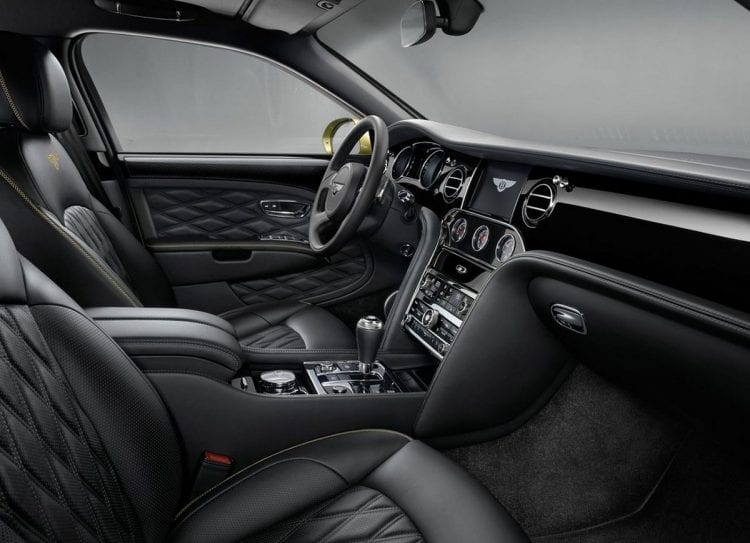 And finally, we get to what the hood is hiding. While the standard Mulsanne has to do with the same engine with “just” 505 hp, the Speed gets a complete rework of the same 6.75-liter V8 unit to extract a bit more power, bringing it to a whole different territory. They’ve managed to get 25 hp and 69 lb-ft of torque more from the same base unit, pushing the numbers to 530 hp and 811 lb-ft of torque. The small bump in horsepower is great, but torque is king for such a big car, and that difference is noticeable across the entire rev range.

The ZF eight-speed transmission has been recalibrated as well, to cope with the increase in power and torque, but also to re-adjust the gearing strategy so that most of that power increase can be felt in a more instant delivery by the engine. To help with such a task, there’s a new “S” driving mode which will keep the engine spinning above 2,000 rpms, keeping the turbochargers spooled up at all times, thus eliminating most of the turbo lag present with a turbocharged unit. 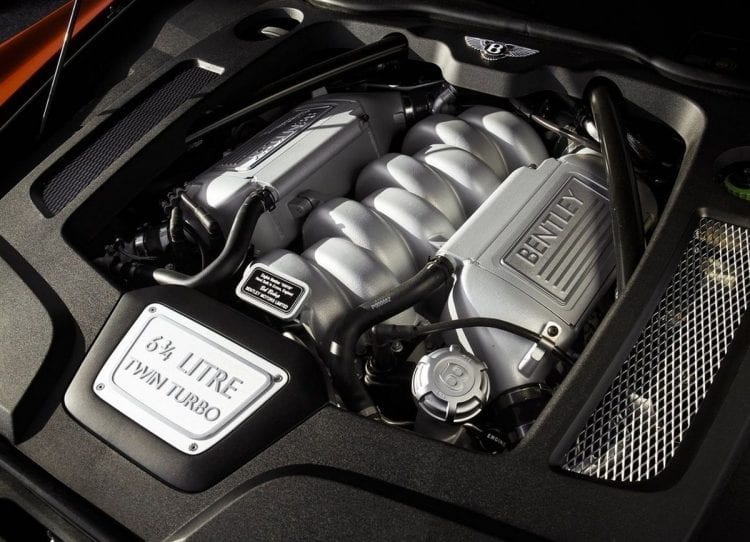 What good would power be without control? To restrain all of that monster torque, Bentley included a selectable sports suspension on this new Speed model. When you’re just driving along in regular mode, you obviously get a silky-smooth ride, like floating on air. Flip it over to the sport, and you’re suddenly presented with a large sportscar. The body roll is more controlled, the steering is more immediate and offers a lot of feedback, and the shocks harden up allowing you to go through corners at much higher pace.

It’s a mighty powerful car. It will reach 60 mph in just 4.8 seconds and go on to 190 mph. Yes, it may be a luxury limo, but try to race it and you might be in for a shock. It’s mind-blowing how such a large, heavy car can move so fast. 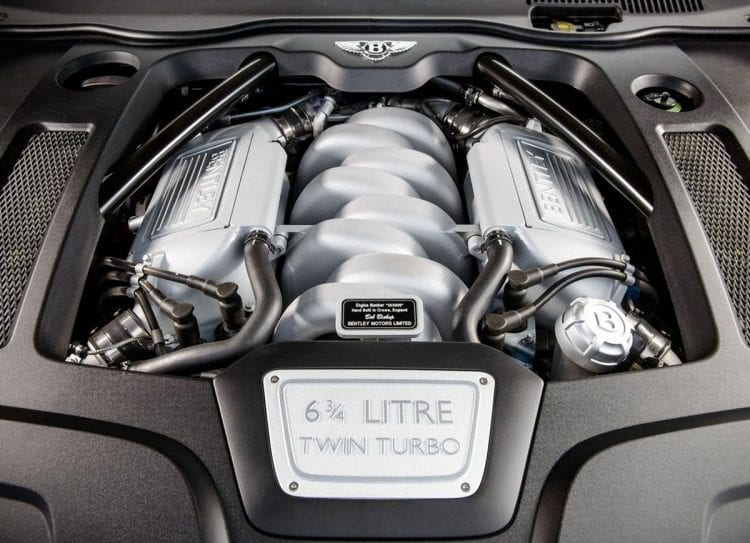 With such a great blend of luxury and speed, you obviously have to pay a premium price. In this case, that isn’t cheap at all. The prices for the 2017 Bentley Mulsanne Speed start at $335,600 and go up as you add more features. For that amount of money, you are getting the top of the line luxury model that can’t be easily beaten and performances that put to shame many sport cars.